This Gluten-Free Vegan Apple Crisp will make you want seconds! With a luscious caramel apple filling and oatmeal crumble topping, this vegan holiday dessert is irresistible. 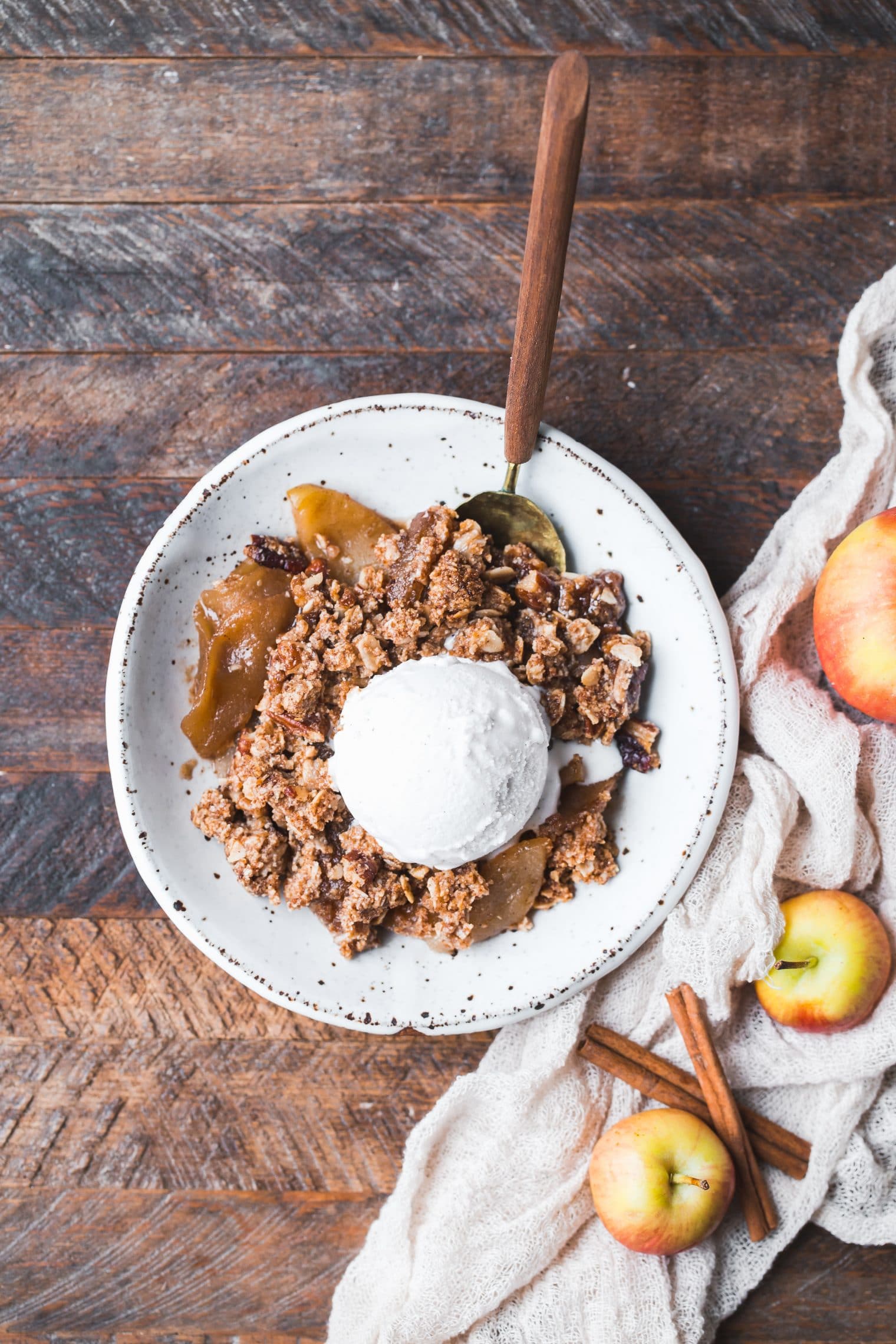 As someone who pretty much makes, photographs, and eats baked goods for a living, it’s hard for me to pick favorites. 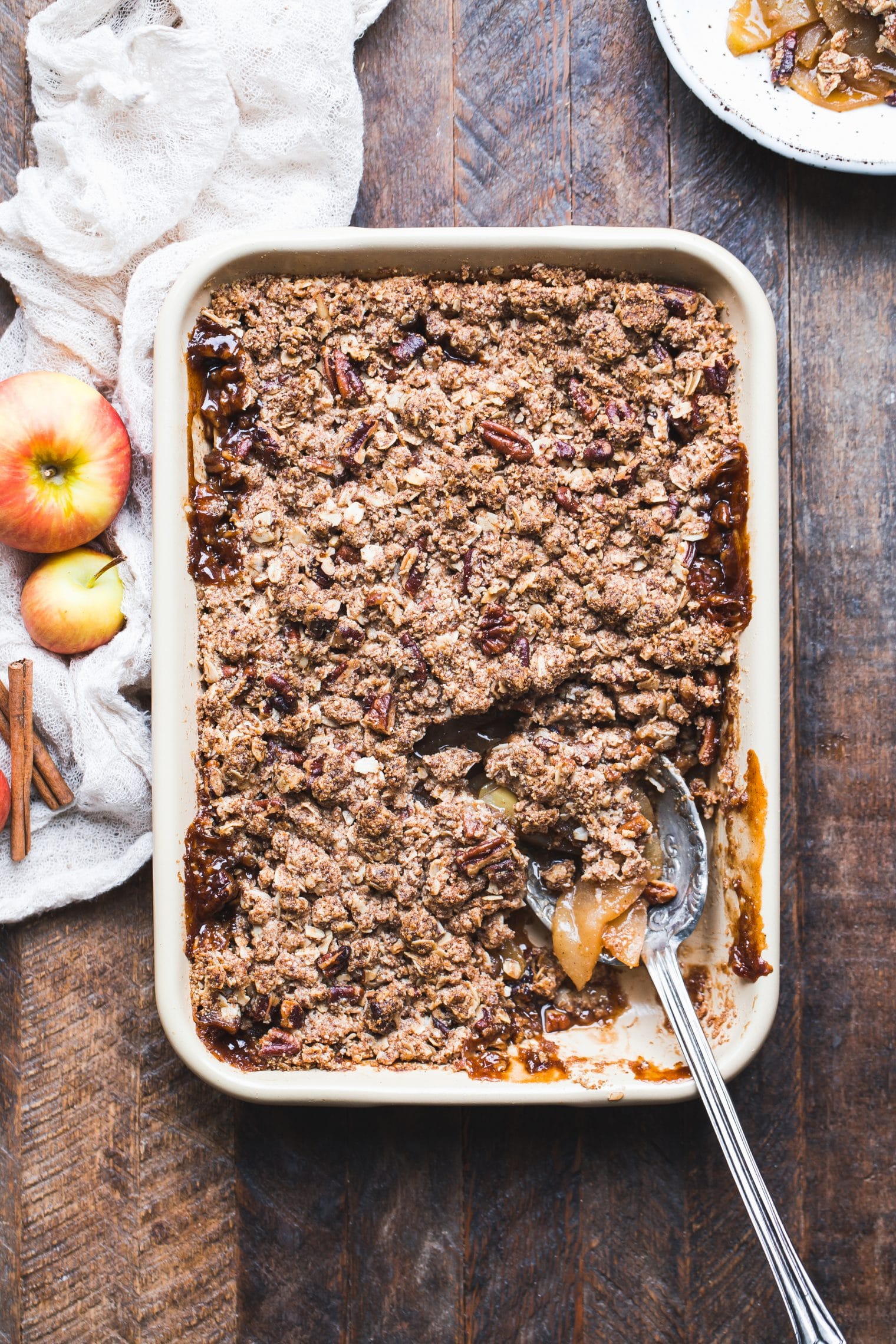 For an awesome apple filling: first, we need to pick the right apples. I prefer firmer apples that hold their shape pretty well after baking, so I used a combination of Granny Smith apples and Honeycrisp apples. I’ve included a list below of the best baking apples. Softer apples, like Red Delicious, get too saucey after baking. I recommend skipping those or just using one or two if you want texture variety. 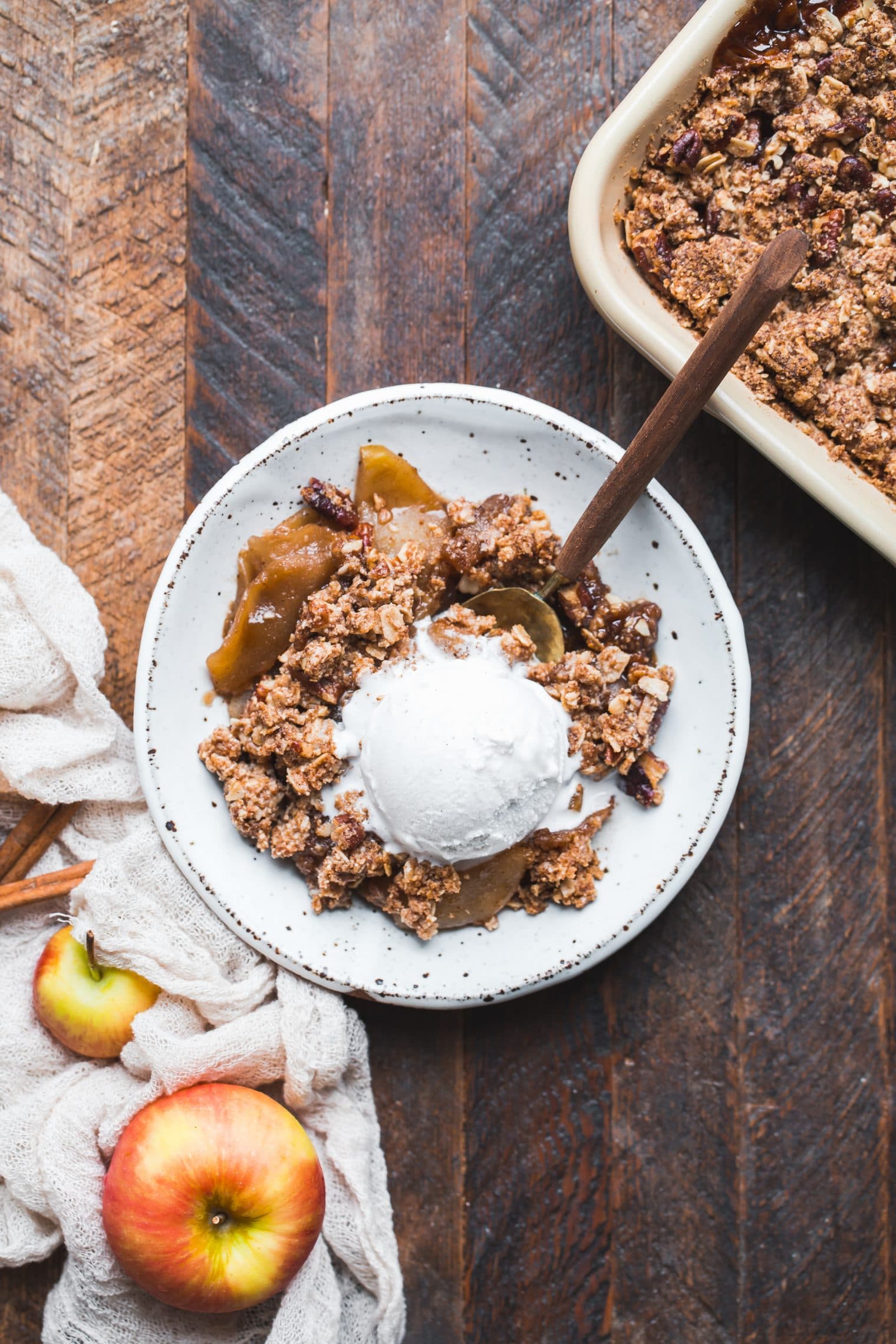 To make the apple filling even more epic, we make a quick caramel sauce to coat the apples in. The caramel sauce brings this recipe from good to great and is totally worth the few extra minutes it takes.

For the best crisp topping: we’ll use a combination of almond flour, tapioca flour, and oats for a crisp, crumbly topping that’s irresistibly good. It’s lightly sweetened with coconut sugar, has lots of cinnamon, and coconut oil helps hold it together. Pecans add crunch – if you prefer, you could use walnuts, almonds, or even coconut. 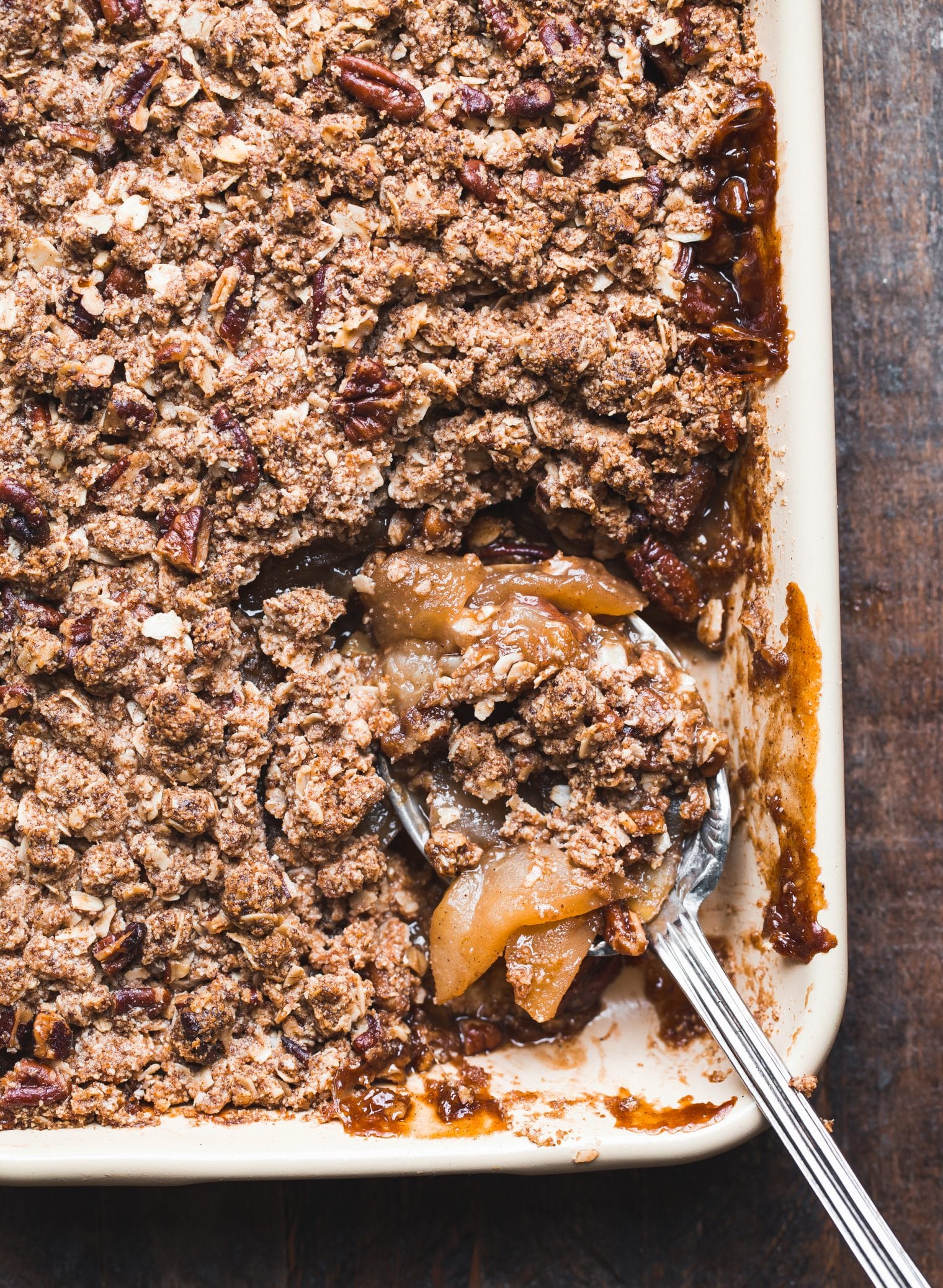 The result is a gluten-free vegan apple crumble that is…

I hope you love this one as much as I do! It’s a go-to in this house and is always one of the first things to be devoured at any event it accompanies me to. Enjoy! 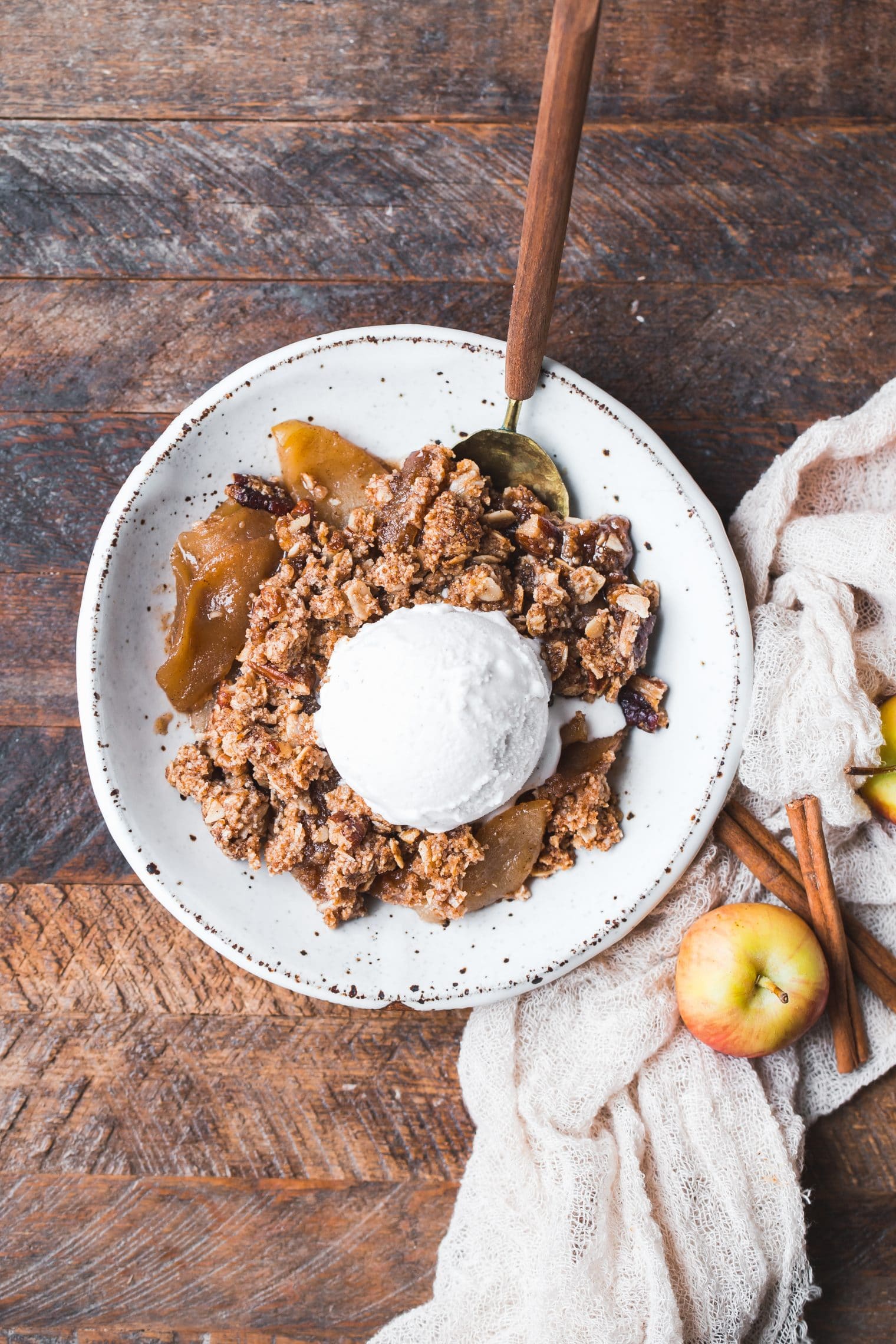 A few other favorites you’ll love:

This Gluten-Free Vegan Caramel Apple Crisp will have you serving yourself seconds! With a luscious caramel apple filling and oatmeal crumble topping, this vegan holiday dessert is irresistible.

For the apple filling

For the crisp topping 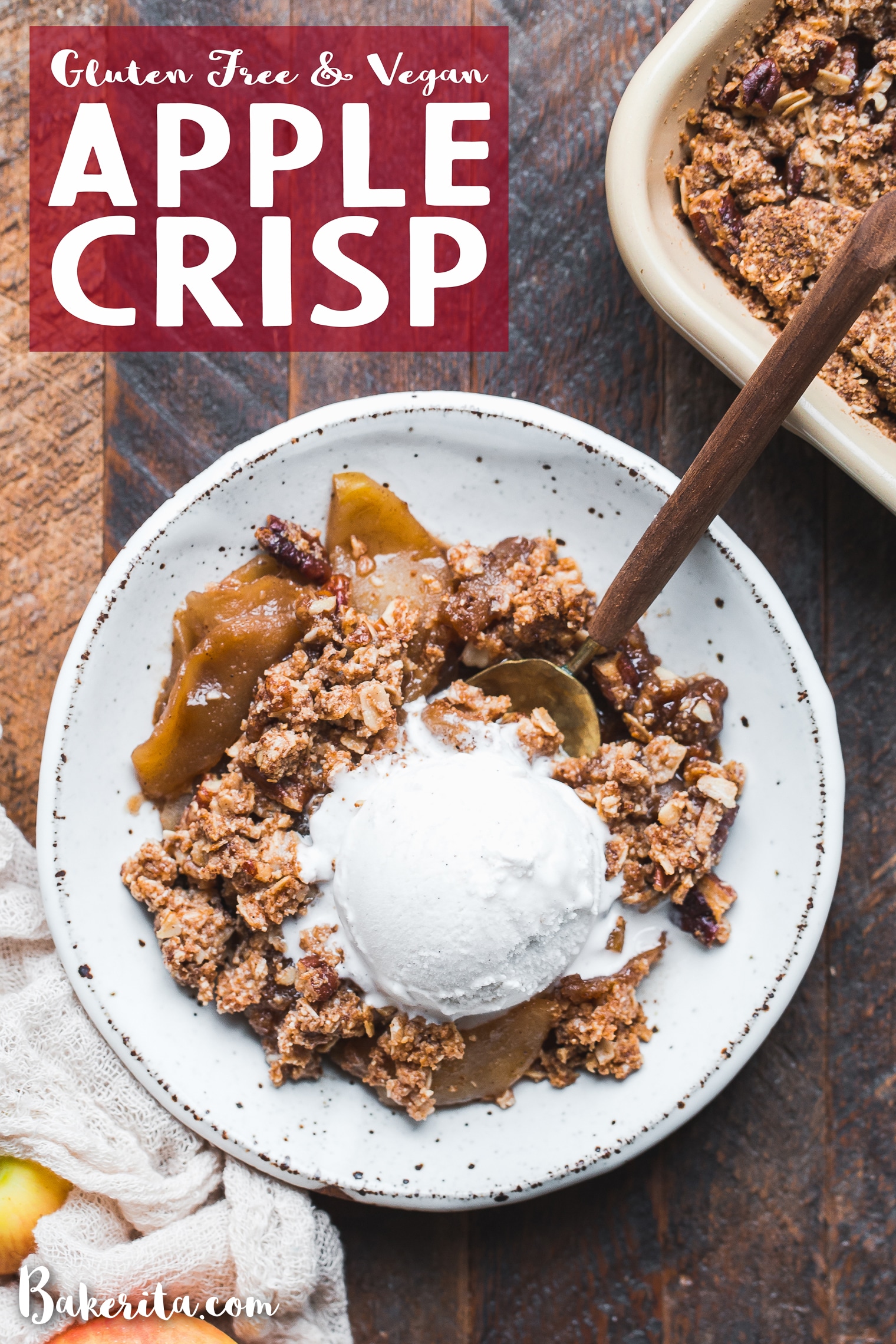 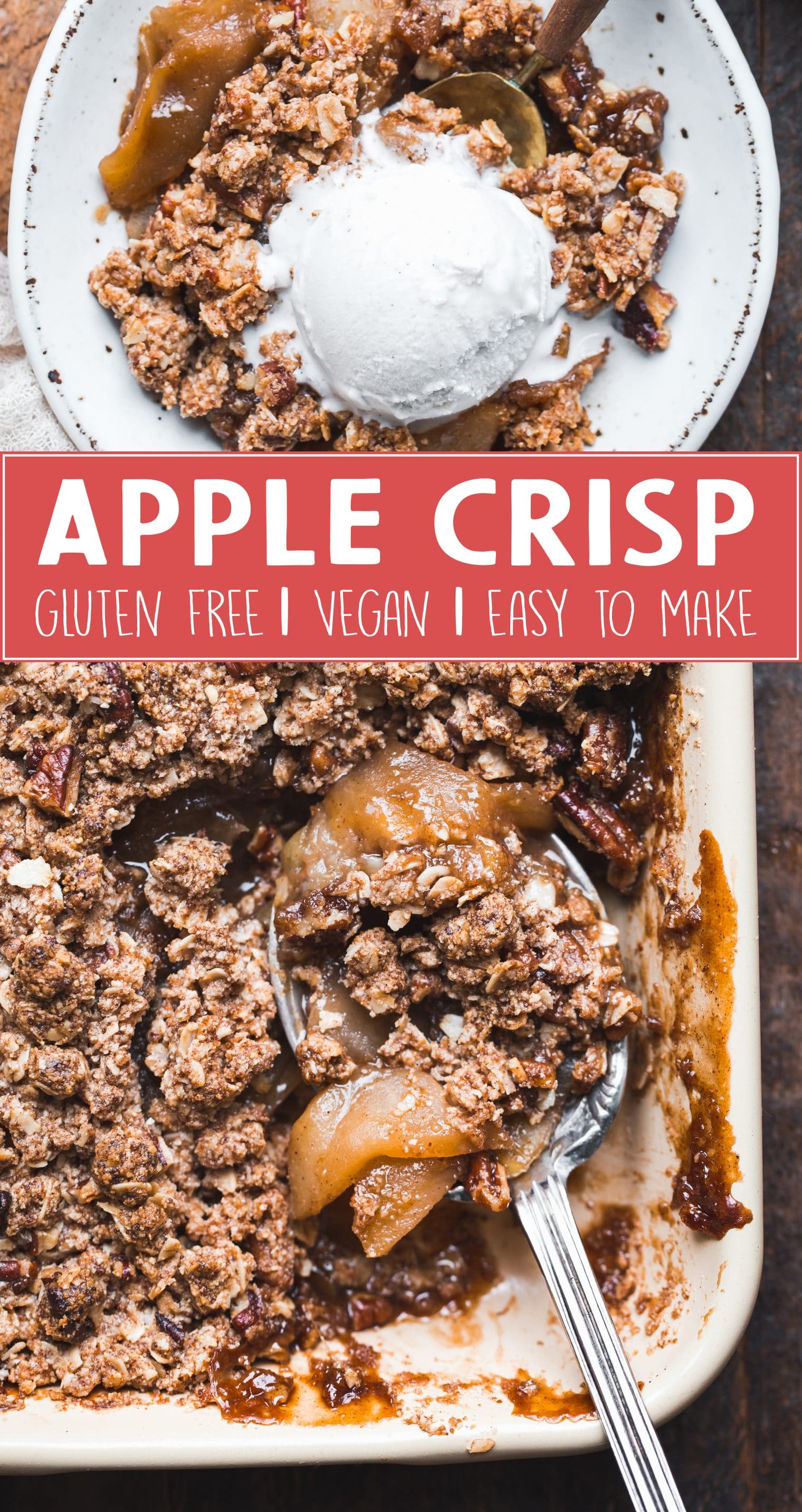