These Samoa Bars have a shortbread crust, a layer of toasted coconut caramel, and a dark chocolate drizzle! They’re a gluten-free, Paleo, vegan, and guilt-free way to enjoy your favorite Girl Scout cookie. 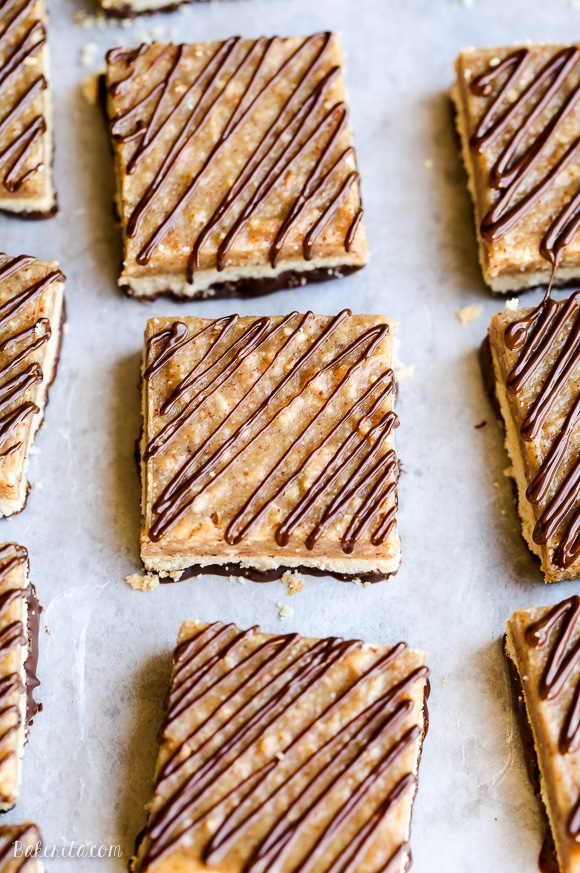 this recipe
What are your favorite Girl Scout cookies? Mine have always been a strong tie between Thin Mints and Samoas (or Caramel DeLites to some of you). They’re so different that I could never pick a fave and always ended up with both – sometimes with a box of Tagalongs thrown in for good measure.

Samoas have always had one of my favorite ever flavor combinations, though. For someone who absolutely adores shortbread cookies, caramel, chocolate, and toasted coconut in most forms, putting them all together was a genius move. In fact, it was one that was long over due to be replicated in my kitchen. 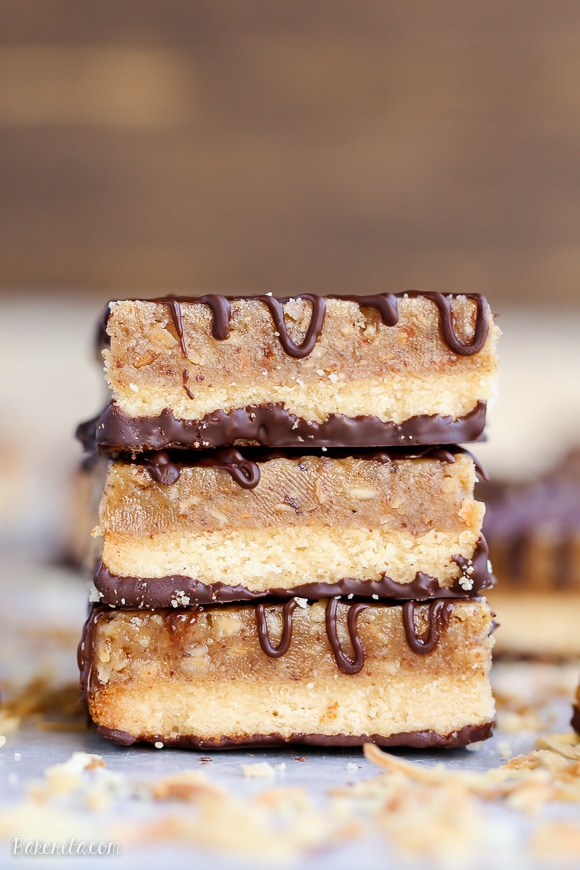 I did make these Caramel Coconut Chocolate Chunk Cookies a while back, but those weren’t Samoa inspired. These Samoa Bars…well, they definitely definitely are.

So, let me tell you all about these beauties. Becuase although they are no doubt Samoa inspired, there’s some key differences. First, these are WAY healthier. As in, gluten-free + grain-free + refined sugar-free + vegan healthier. 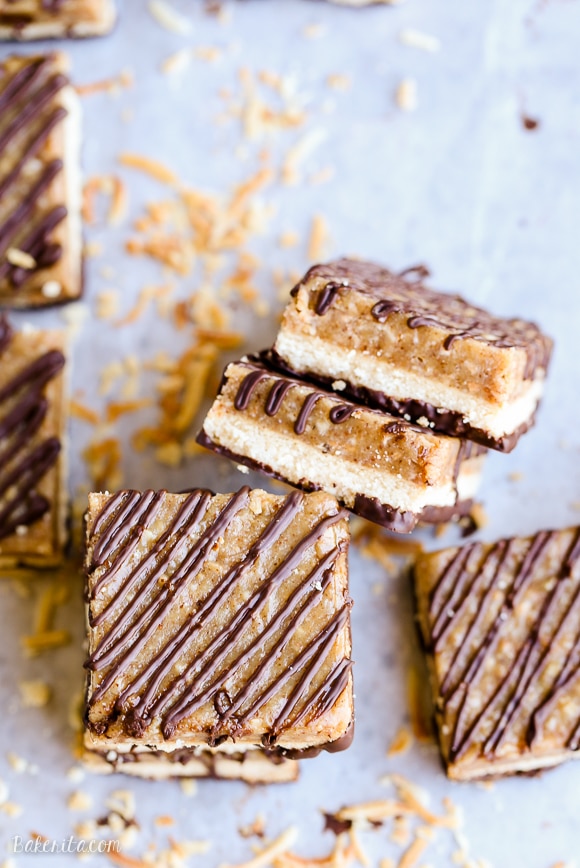 Second, they don’t taste like they’re all those healthier things, but they also aren’t exactly like the kind you get out of the box, which I think is a good thing. They’re thicker in all respects: thicker crust + thicker caramel. The shortbread crust is made with coconut flour which helps keep that telltale shortbread texture, but be sure to bake until golden so it replicates that crispy texture similar to Samoas.

The caramel coconut filling comes together quickly and simply. It’s made from almond butter, maple syrup, coconut butter, vanilla extract, salt, and toasted coconut. The toasted coconut is key to that Samoa texture and flavor.

The coconut butter also helps add to that awesome coconutty flavor, but if you don’t have it on hand or want to make it yourself, some coconut oil will do the trick. 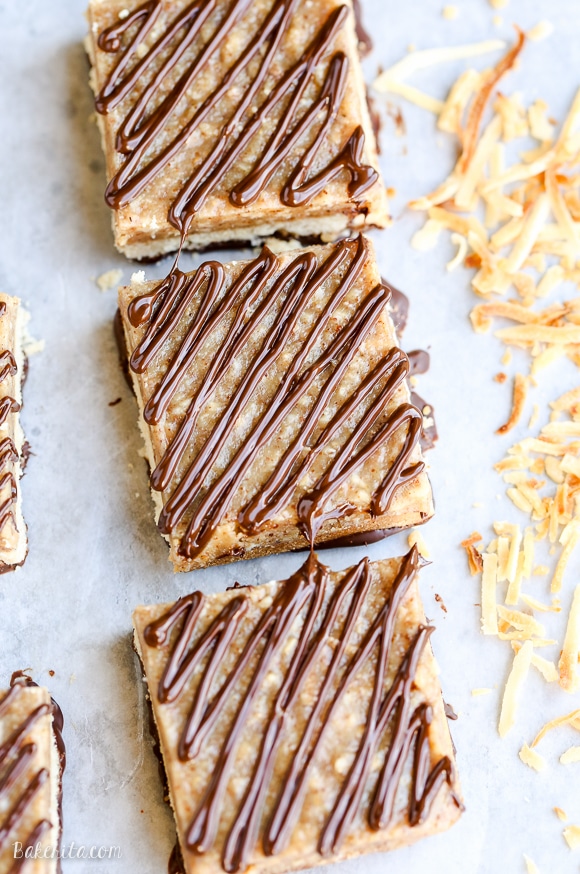 Once the “caramel” layer is set, you cut up the bars and dip them in chocolate, and then drizzle more chocolate on top. Because otherwise it just wouldn’t be a Samoa. The chocolate totally makes these and makes me want a second. 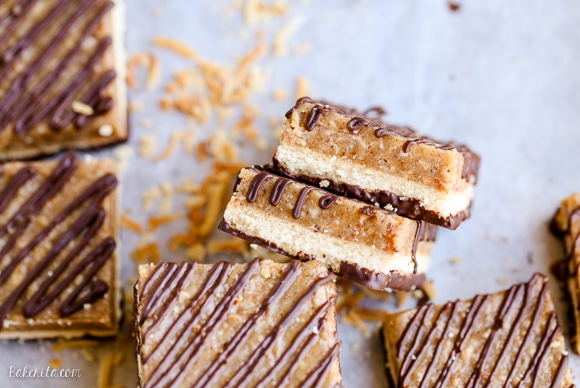 I adored these at room temperature and after being refrigerated, but I hoarded some in the freezer and I think my favorite way to enjoy these is frozen! The shortbread gets extra crunchy and you can really taste the toasted coconut. If you’re craving Samoas but want them a little more guiltlessly, you must try these! Enjoy ;)

For the shortbread crust

For the caramel coconut filling

Honey can be substituted for the maple syrup in equal amounts.