These Peanut Butter Crunch Brownies are incredibly rich and delicious, with a crunchy and fudgy topping. These gluten-free brownies were made for chocolate and peanut butter lovers! 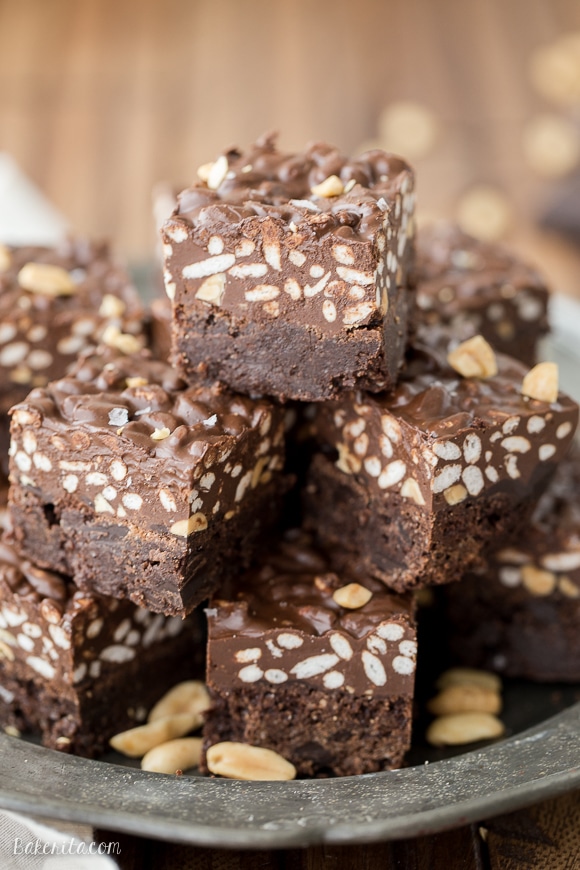 Hi, friends! I’m writing to you from thousands of feet in the air, en route from Barcelona to London, where I’ll continue on home to San Diego (on an eleven hour flight- ugh :P). For the past 17 days, I’ve been bouncing from city to city around Europe, and while I thought I would be excited to be back home, I’m already dreaming of the next time I can go back.

If we’re Snapchat friends, you may have seen my story – documenting all the places I’ve seen and all the many, many gelato cones that I’ve eaten. Along with my mom’s whole side of the family (minus my sister – we missed you, Shay!), we started in Athens and then got on a 10-day cruise through Europe, finally ending in one of my favorite cities in the world – Barcelona. 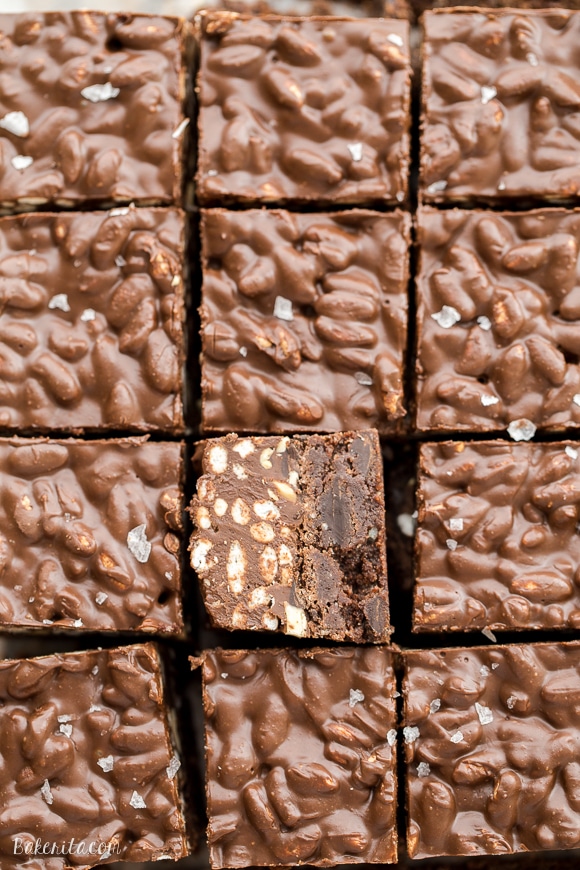 The cruise ventured through many cities I hadn’t ever explored, and a few I had already explored and loved. My only complaint was that each stop wasn’t nearly long enough – it felt like a sampler tour of Europe, giving me a taste of the places I know I want to return to eventually. Before we chat brownies, I want to tell you about my trip! Only the first half, though – because otherwise we’d be here all day.

The first few days, spent in Athens, were spectacularly hot but it was also incredible – climbing to the top of the Acropolis, experiencing a place that has been there for thousands of years, was surreal. Oh, and the Greek food! It’s always been one of my favorites, and I ate my fair share of tzatziki on just about everything I could.

We boarded the boat after three days exploring Athens, and if I’m honest, I wasn’t all that sold on the idea of a cruise. We were on the Carnival Vista, which carries 4,000 passengers, and I was dreaded constant crowds and feeling like I was being herded around. Thankfully, the cruise turned out to be so much more than any of us expected, and we found ourselves wishing to be back on our home sweet boat by the end of each jam-packed sightseeing day.

The first stop was Izmir, Turkey, where we explored Ephesus and did a bunch of shopping. Next, we were back in Greece, on the island of Rhodes. We found the most fun beach with water trampolines and slides and spent the day in the water, wiping out on the water toys and eating a final delicious gyros pita. The next day was spent at sea, en route to Valletta, Malta. 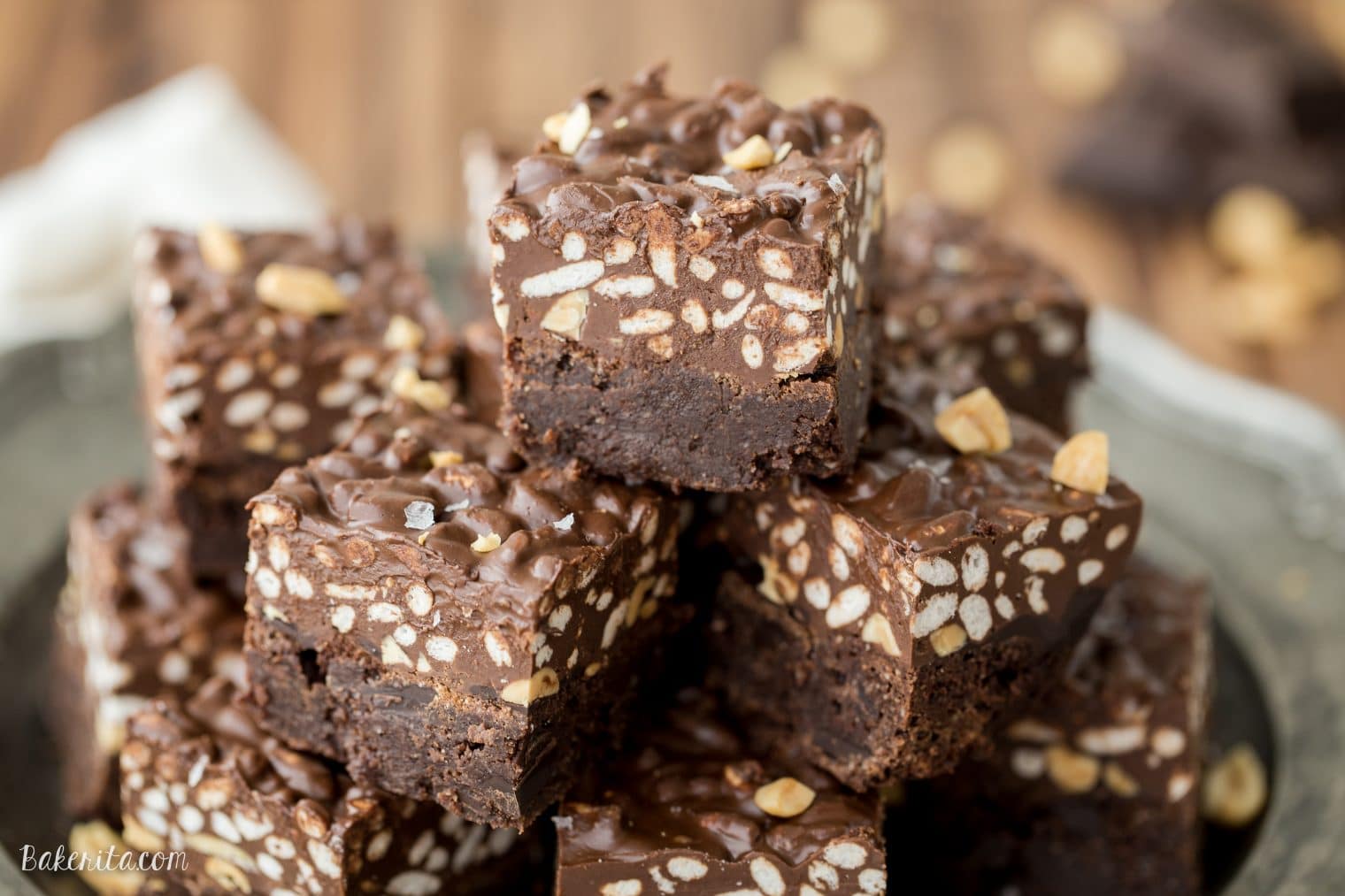 I had no idea what to expect in Malta, but when we got to port in the medieval looking city and I could see beautiful buildings with doors of every color, I got giddy to explore. We wandered around Valletta, and then in Mdina, which was the most quaint walled city I’ve ever seen, finishing off the day at the Blue Grotto, which had some of the most spectacularly colored water I’ve ever seen.

From Malta, we started our journey up the Italian coast. Oh Italy, how I love you. I wish I could’ve brought each and every one of you on the trip with me, to share in the food and the culture and the richness of life that exists there – but this post will be far too long if I divulge every detail of the trip right here, so I’m cutting myself off, and I’ll finish exclaiming my love for Italy and France and Spain in my next post (promise!). 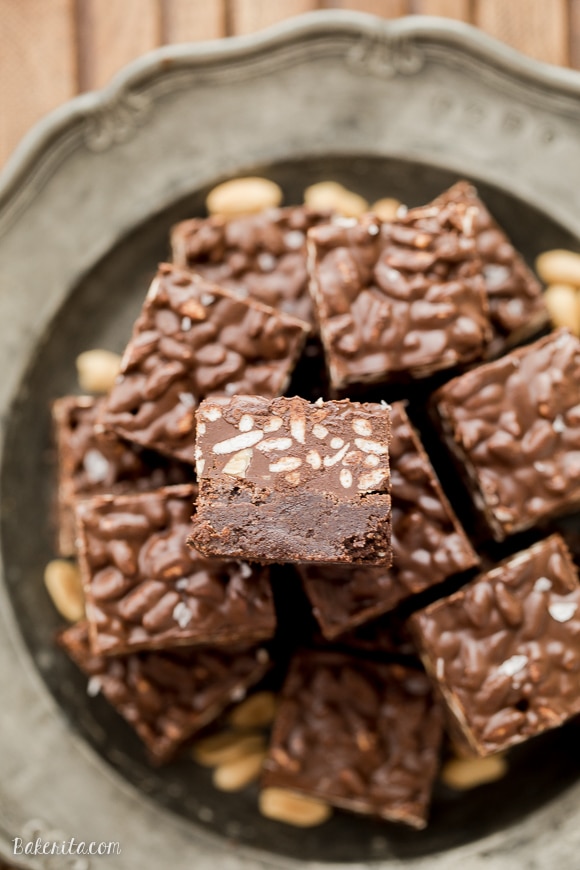 Instead, I’m going to spend a little time exclaiming my love for these irresistible peanut butter crunch brownies. If you hang out around these parts at all, it’s fairly obvious I’m a nut for anything with peanut butter and chocolate. Upon realizing I didn’t have a gluten-free, refined sugar-free peanut butter brownie recipe posted, I figured it was something that should be remedied ASAP.

The brownie base is a simple, rich brownie base that’s superbly chocolatey and wonderful on it’s own, but the crunchy chocolate peanut butter is what really takes these brownies to the stratospherically good level. A sprinkle of crunchy, salty peanuts is scattered over the brownies before a combo of melted chocolate, peanut butter, and puffed rice is spread on top of them.

The hardest part is waiting for them to cool so you can cut yourself a slice without causing a huge chocolatey mess, but the wait is worth the effort. The brownies are super rich and beyond chocolatey, with a burst of peanut butter flavor in the fudge topping. The puffed rice as texture and bite, while the peanuts as a little crunch and saltiness. In my eyes: total dessert perfection. 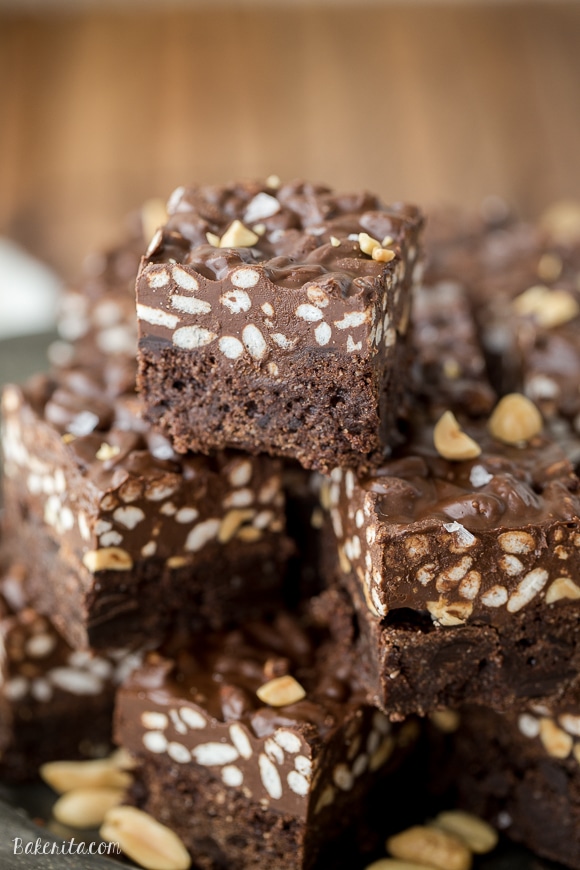 If you’re a chocolate peanut butter lover like me, take my advice and make a batch of these. My dad brought them to work and not a soul guessed they were anything but gluten-filled, sugary goodness, which gave me a big old smile – my favorite kind of deceit is when people have no idea their treat is a little less sinful than they realize. Make a batch and see for yourself! Enjoy :)