This Paleo Chocolate Chunk Banana Bread is sweetened only with bananas for a guiltless treat that tastes just like traditional banana bread! This is an easy recipe you’ll come back to again and again. This paleo banana bread is also gluten-free, grain free, and sugar-free. 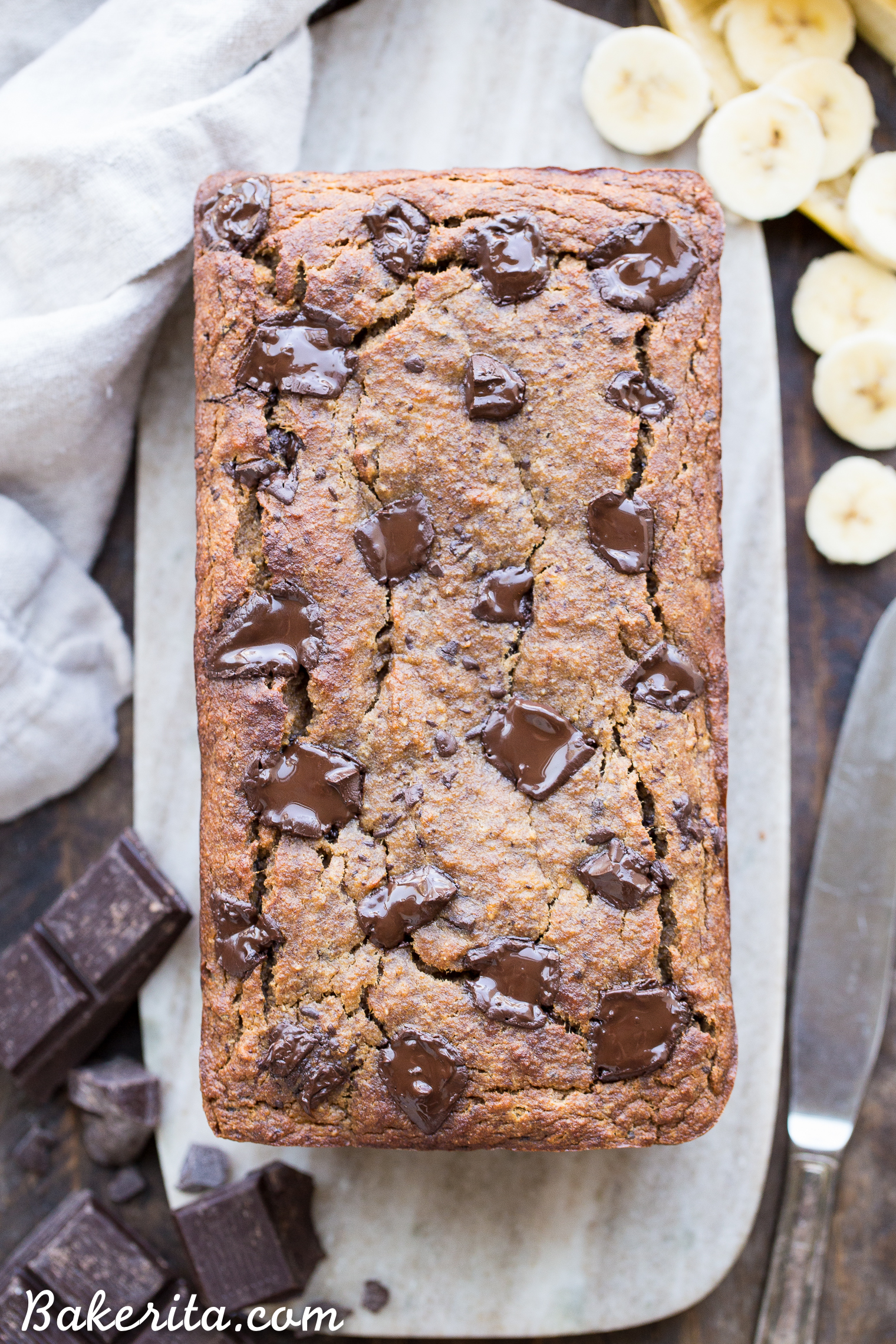 **2017 Update** This recipe has been a favorite since it’s initial publishing in August of 2014 – I’ve made it SO many times, always to rave reviews, and I know so many of you love it too! This well-loved recipe deserved some new photos, so it got a makeover!

Of course, the recipe remains the same as when it was originally published, as does the original post text below. If you haven’t tried this one yet…what are you waiting for?! 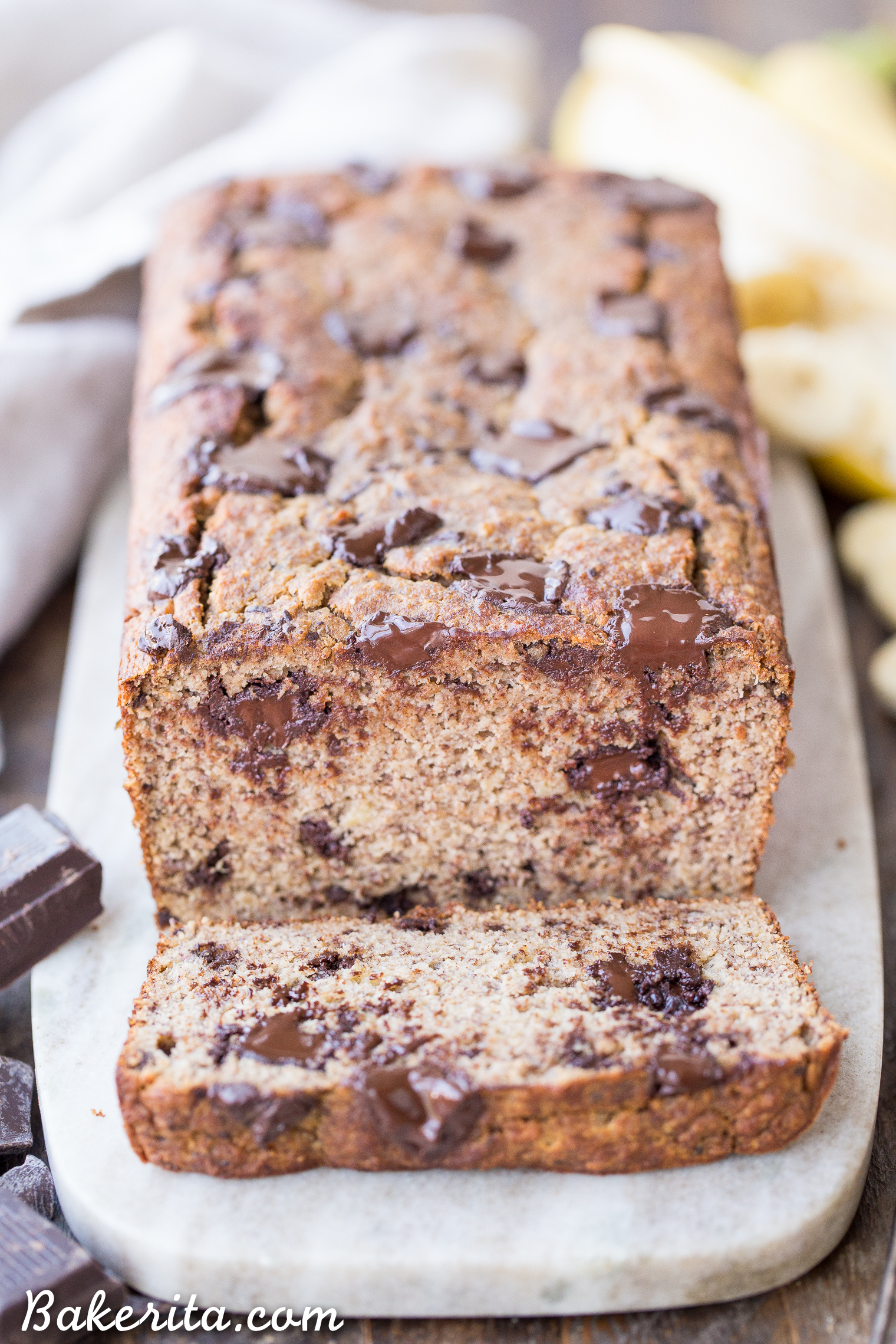 I originally was not going to post this recipe on Bakerita, not only because I already have way too many banana bread recipes on this site, but also because 80% of them include chocolate in some way. Oops. #sorrynotsorry

But…after I made it, and it got devoured within mere hours, with everyone having no idea it was grain-free and no sugar added (besides the chocolate), I decided it needed to be posted. And YEAH, you read that right – this banana bread has NO sugar added. 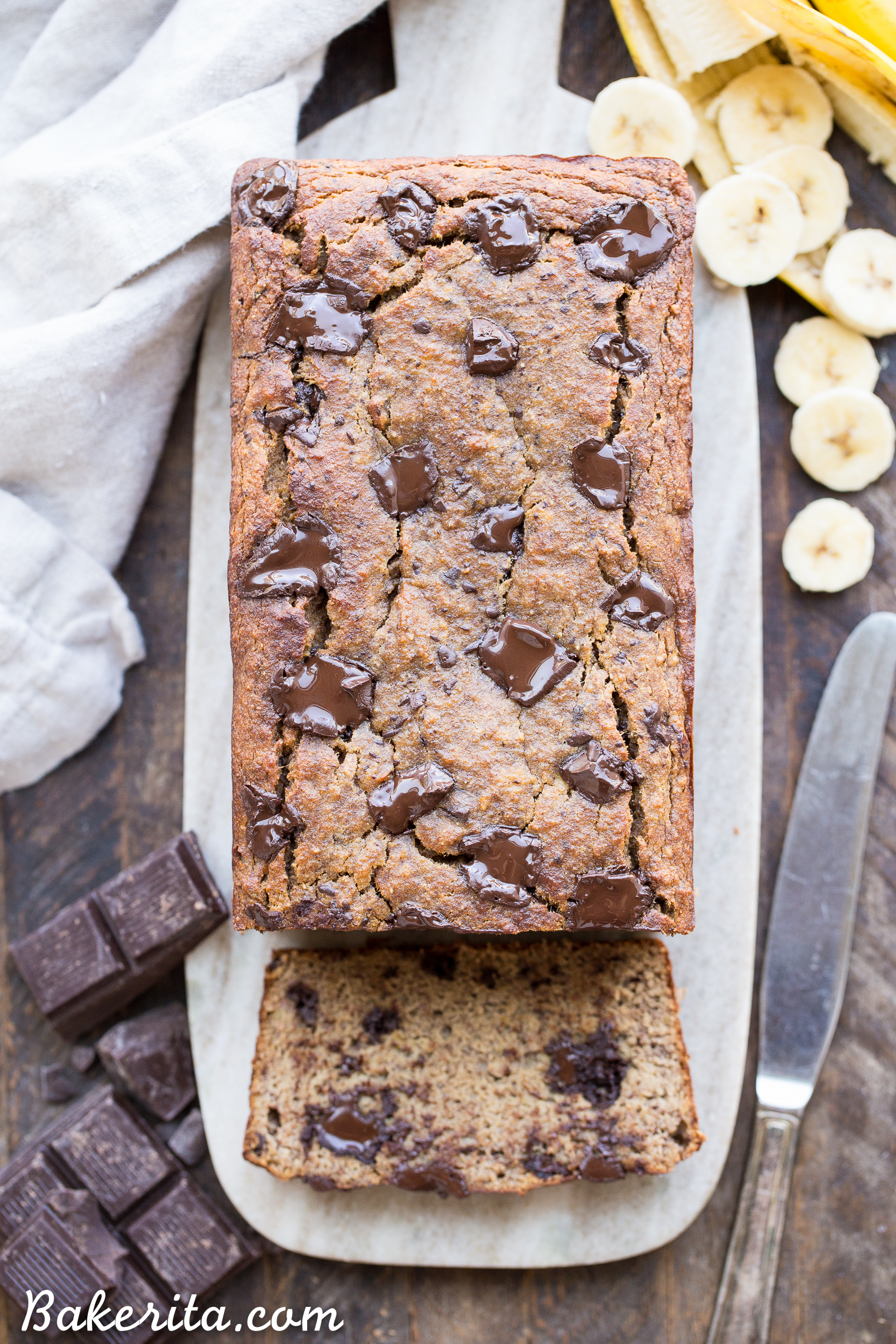 Because THIS banana bread is sweetened only with bananas. Of course, I ruined the sugar free thing by adding chunks of chopped chocolate (so much better than chocolate chips guys – try it), but who can resist big melted chocolate chunks in their banana bread?!?

Leave the chocolate out though (or make your own batch of paleo chocolate), and this stuff is totally paleo-friendly, grain-free, gluten-free, no sugar added, soy-free…I can’t think of any more “frees” but I’m sure it totally could apply to more diet categories too. 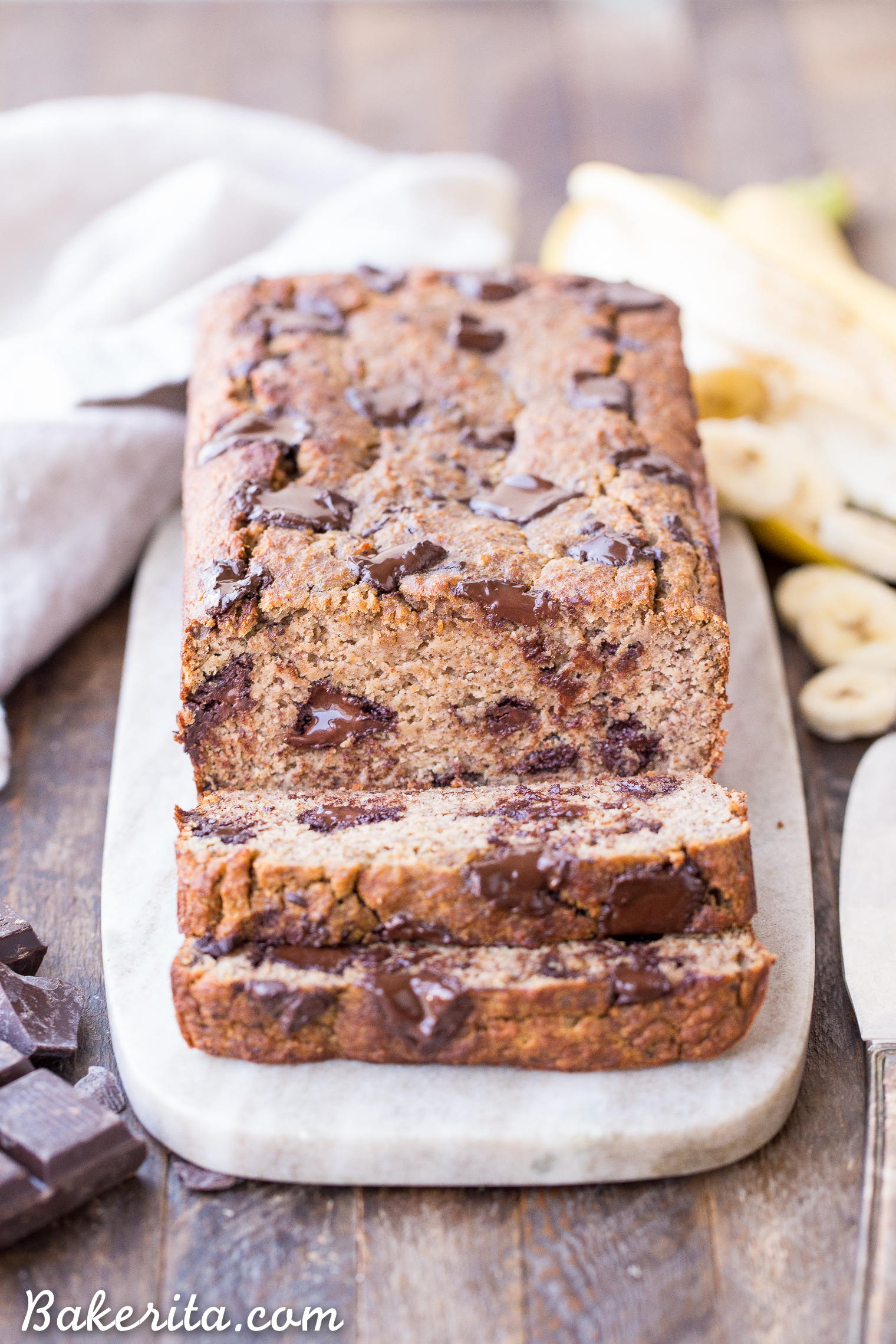 I was eating slivers of this banana bread with some of the chocolate coconut almond butter that I used in the recipe as well. It was so beyond good, guys. The banana flavor comes through better than most recipes I’ve made, and they also add so much moisture and keep the bread super tender. The touch of cinnamon adds that extra bit of warmth too. SO good.

I absolutely love how guilt-free this stuff is while tasting so insanely decadent. AND – it’s easy. I hate when quick batters take forever to come together, so it makes me happy that this one doesn’t take more than a few minutes of measuring and stirring ingredients together. No need to worry about overmixing either, since there’s no gluten in this recipe! 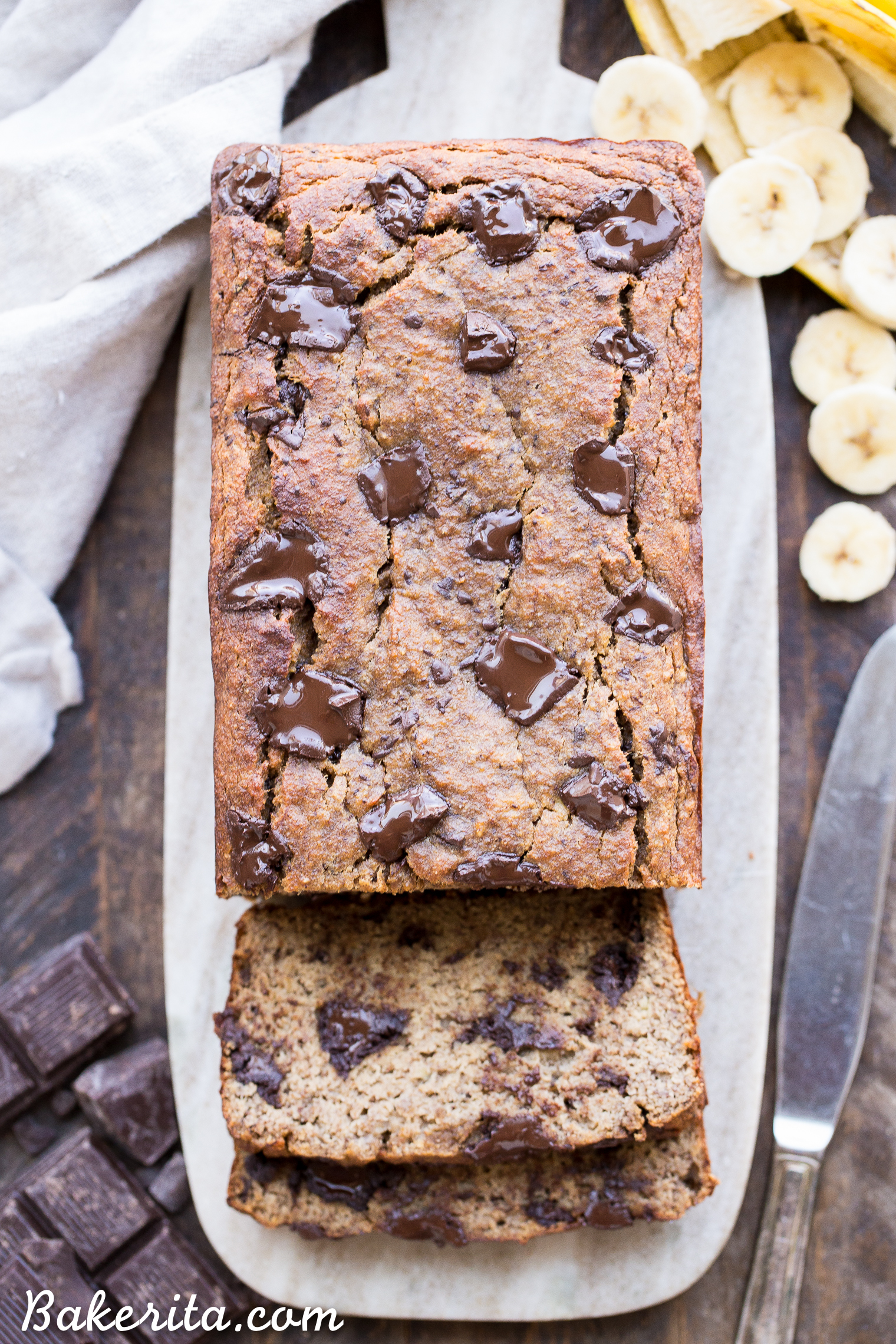 This Paleo Chocolate Chunk Banana Bread is a standout, even among all my other banana bread recipes. Since I posted this recipe back during my senior year of college, it’s been made countless times in my kitchen, in my sister’s kitchen, and in hundreds (maybe thousands?) of your kitchens! Tons of you have let me know that it’s a staple for you and your familys. I believe my favorite way to enjoy a slice is warmed up for about 15-20 seconds in the microwave, either plain or with a tiny bit of almond butter drizzled on top…swooooon!

If you’re one of the folks that haven’t yet tried this Paleo Banana Bread, I think it’s time to change that! You’re going to love this moist, flavorful, just-sweet-enough banana bread. Get the recipe below, get to baking, and enjoy each and every bite. 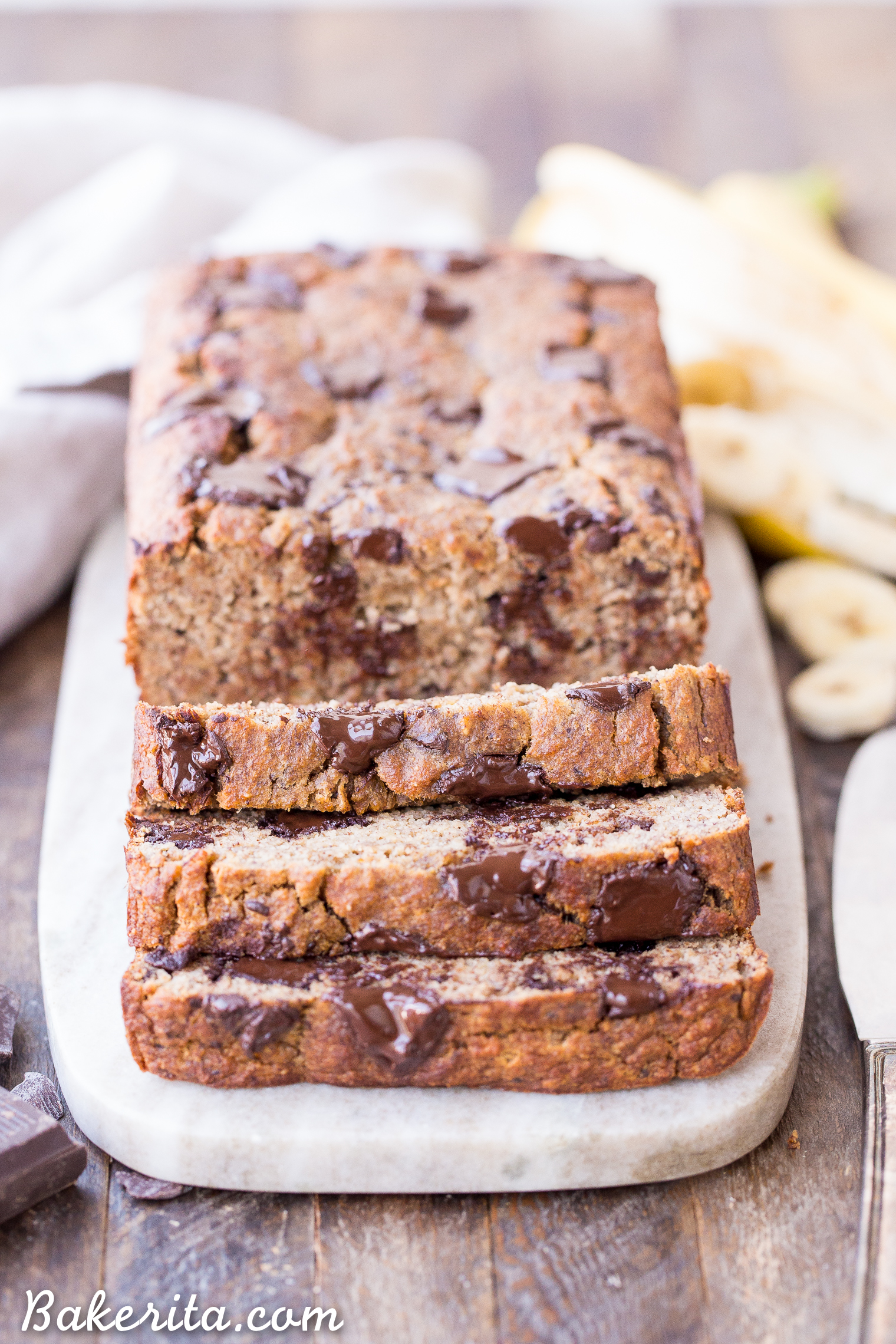 This Paleo Chocolate Chunk Banana Bread is sweetened only with bananas for a guiltless treat that tastes just like traditional banana bread! This is easy recipe you’ll come back to again and again. This paleo banana bread is also gluten-free, grain free, and sugar-free.

Try making your own Paleo chocolate chunks to use in this bread, which keeps it totally Paleo! 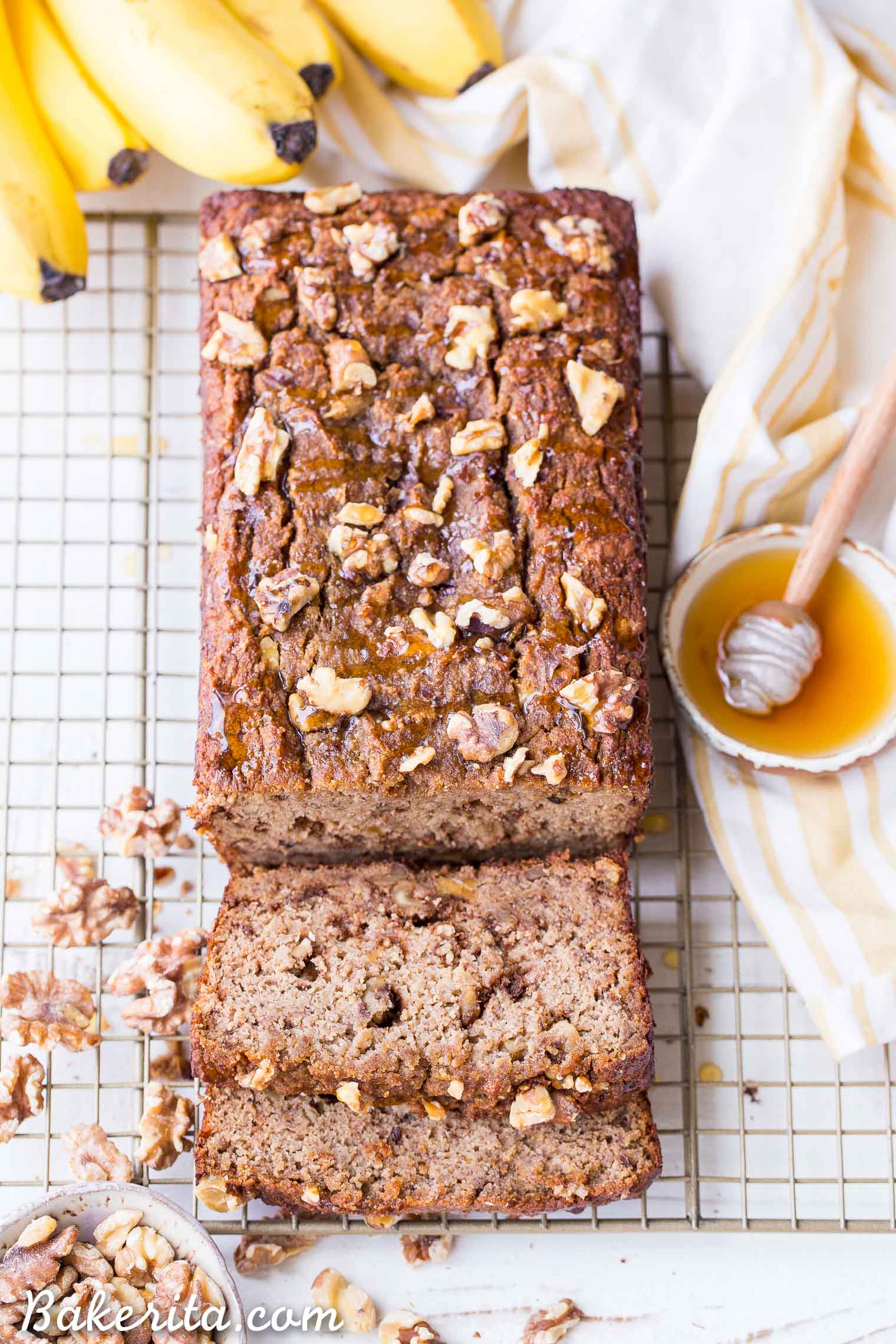 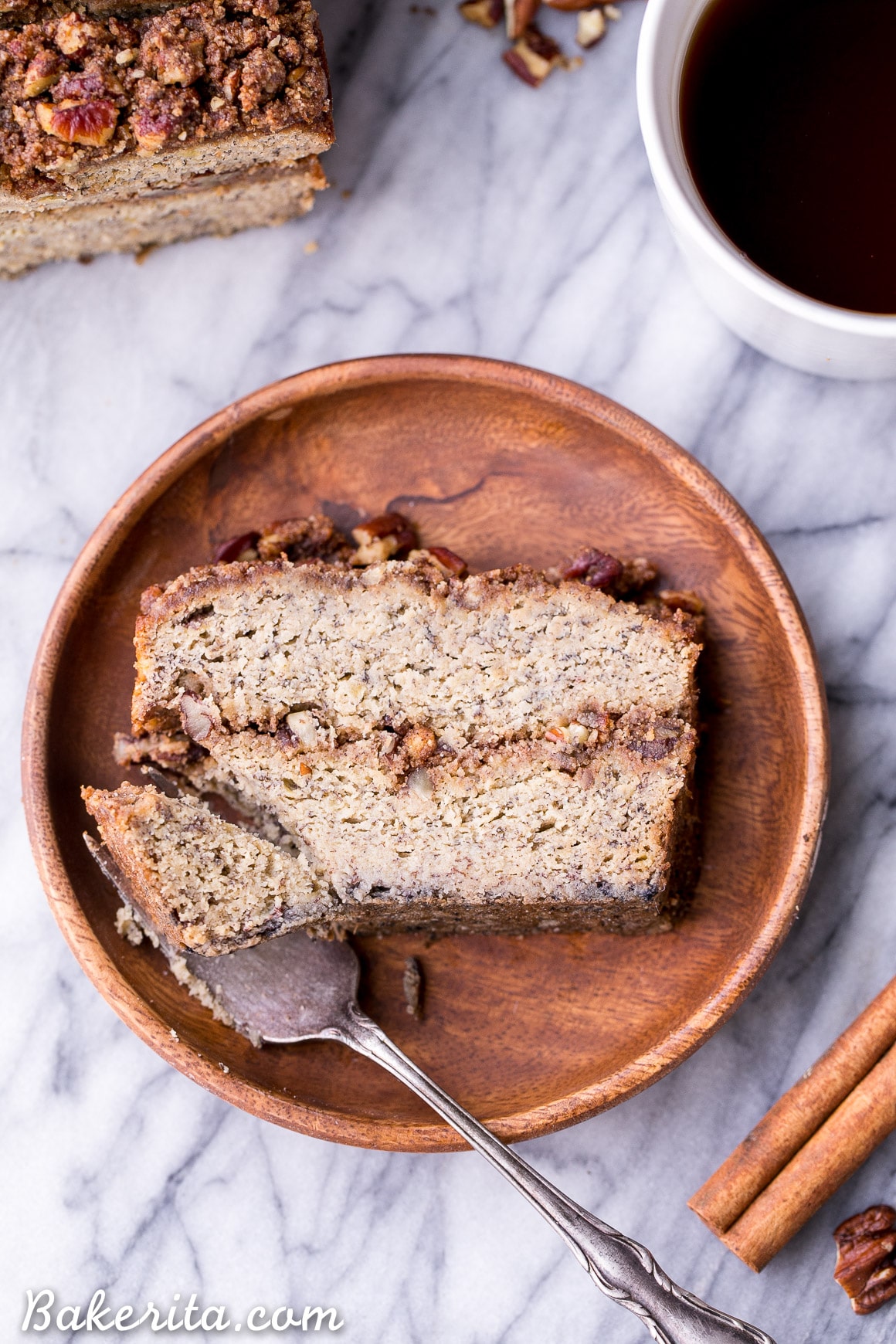 And it’s not quite banana bread…but I think you’ll love this Banana Bread Pecan Almond Butter! 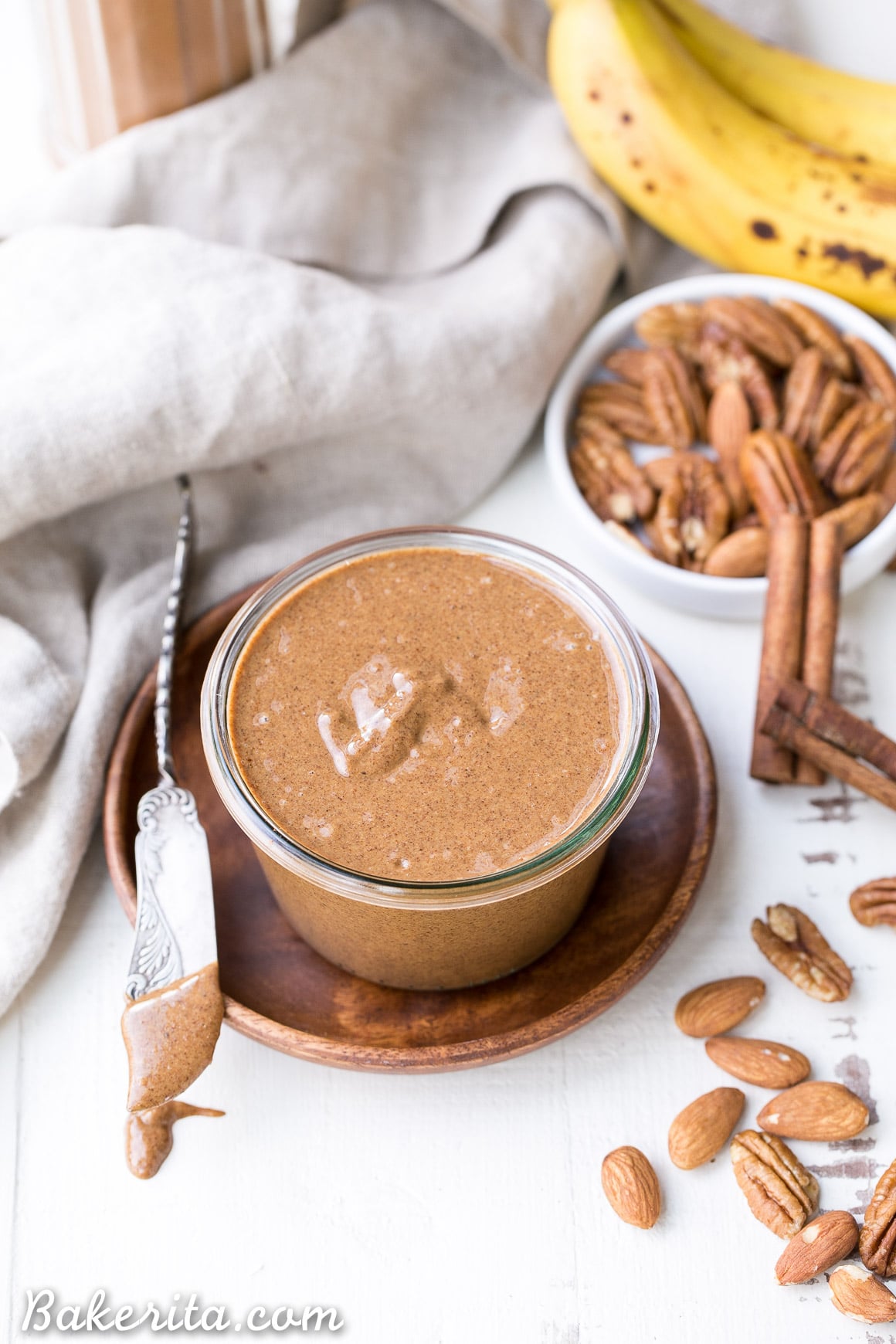