Ever had a monte cristo sandwich? You’ve never had one like this – these Monte Cristo Pancakes have pancakes instead of bread, with a filling of ham, cheese, and raspberry jam. 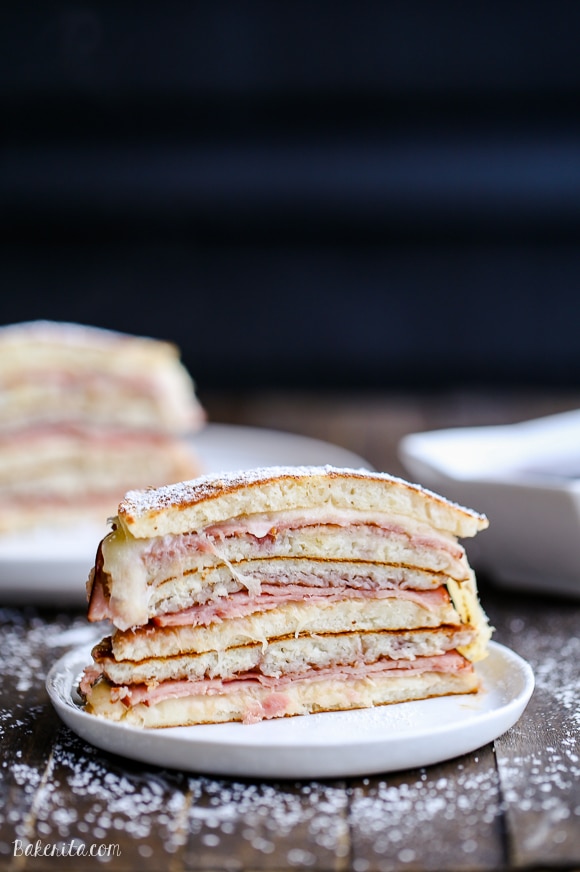 I’ve had quite a few phenomenal monte cristos in my day. There’s something about the salty/savory combined with the sweet that draws me to the dish, and I’ve ordered it at many brunches – the sandwich at Milk in Barcelona is amazing, and Dirty Oscar’s Annex in Tacoma, Washington also makes a great one.

Traditionally, a monte cristo is a sandwich of ham, a good melting cheese (typically gruyere), and jam. The whole sandwich is then dipped in a french toast-like egg wash, and grilled to melt the cheese and griddle the bread. Sometimes, it gets a good sprinkle of powdered sugar as well. 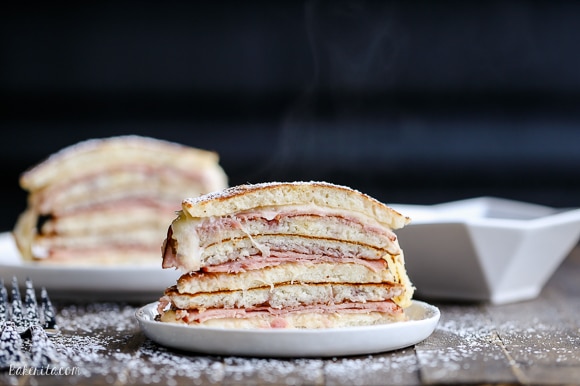 YUM, I know. It’s pretty heavenly, and the blend of flavors is nothing short of irresistible. I’m a big proponent of salty with my sweet, so it’s totally my kind of dish. So…now imagine that amazingness, and replace the bread with PANCAKES. I did it, and it rocked.

I love coming up with recipes for Krusteaz, because they’re products make it so easy that I can go a little crazy with how I use them. This use for their pancakes may be my favorite thing I’ve come up with yet. The pancakes come together so fast, and once they’re made, it’s just a matter of assembling the sandwiches, dipping, and griddling. 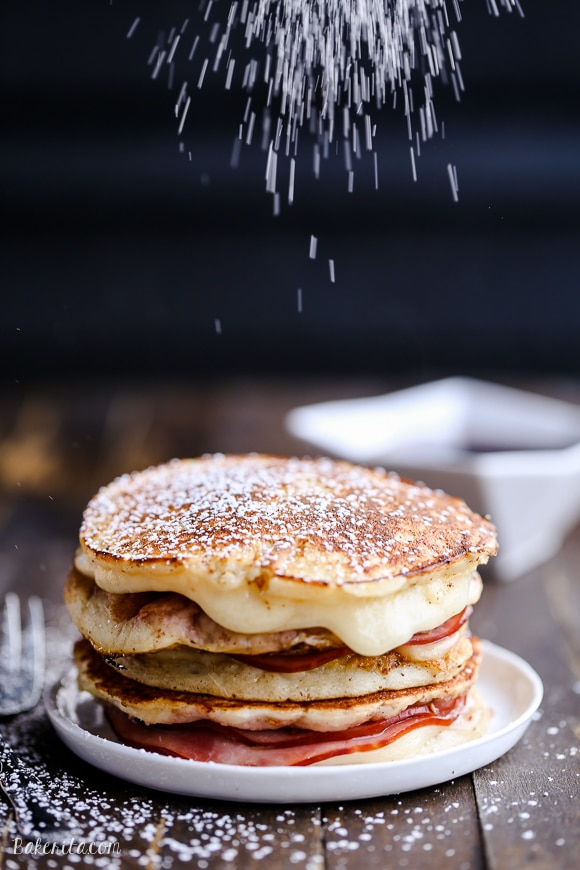 The egg wash is SO simple – just milk, egg, and cinnamon. You have to be careful as you dip the constructed sandwiches in the egg wash, but it’s not too difficult to keep together. A few minutes on the grill melts the cheese just enough and just barely toasts the outside of the pancakes.

I served these with a quick dusting of powdered sugar and some maple syrup. Also, these keep amazingly well. I made these during the day and kept the rest for my roommate to have after she got home from work. 45 seconds in the microwave and they were as good as they were right off the griddle! My kind of recipe.