This Chocolate Pecan Tart has a chocolate shortbread crust, pecan pie filling, and is topped with dark chocolate ganache, pecans + a sprinkle of sea salt! You won’t believe that this is gluten-free, Paleo, refined sugar free, and vegan. 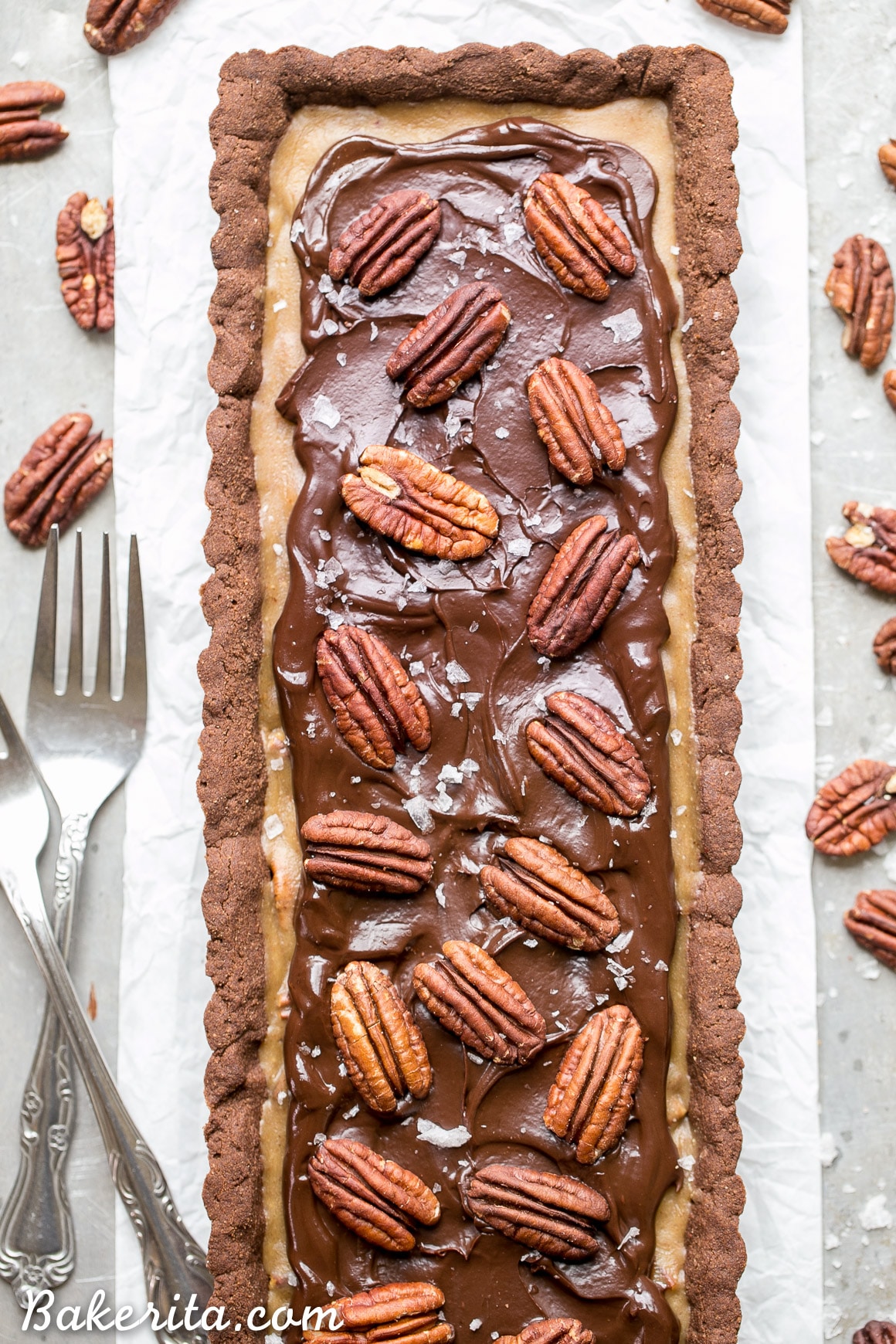 this recipe
Let’s just get it out there: I’m having all the feels for this chocolate pecan tart. Pecans are without a doubt my favorite nut, and the pecans ✨ shine ✨ in this dessert, adding crunch and warmth. It’s my first foray this year into a definitely-not-summer dessert, but it’s so delicious that it makes me want to skip happily into fall.

Chocolate, pecans, and caramel is a classic combo (Turtles, anyone?!) and for good reason. It just works, and one bite of this chocolate pecan tart is all you need to be sure of that. 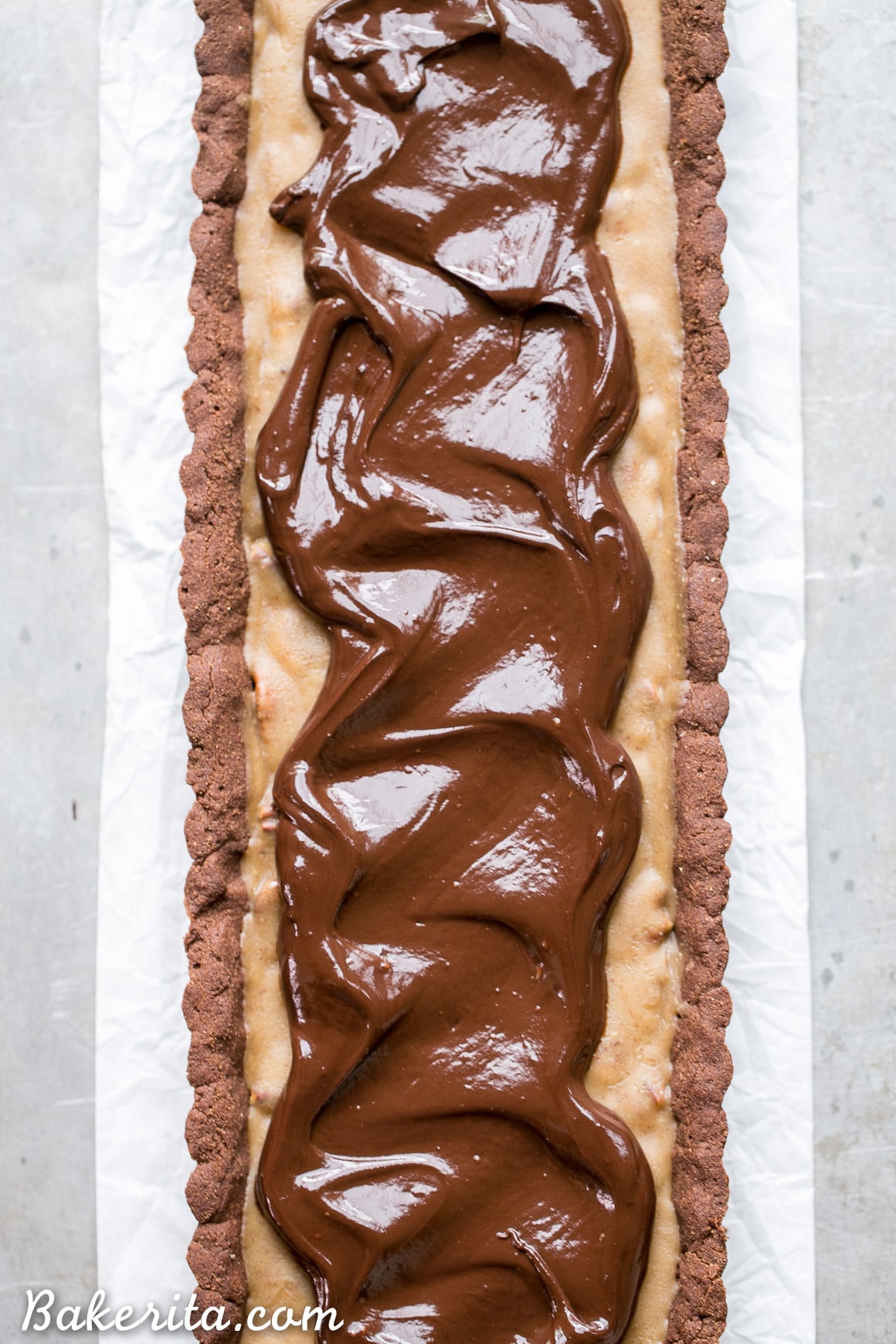 The crust is a classic chocolate shortbread crust. It’s made with coconut flour, which helps replicate that classic shortbread texture. Because coconut flour is so uniquely absorbent, you can’t substitute anything else in for it! Cocoa powder helps add that chocolatey flavor to the crust, and it’s brought together with maple syrup and coconut oil.

The crust is smooth and easy to work with, and gets pressed into your pan of choice. I used a long 14″x5″ tart pan, but you can use a round 9″ tart pan or a square 8″ pan lined with parchment. Whatever you’ve got will work just fine!

Once the crust is baked and and cooled, it’s time for the filling. Toasted pecans are sprinkled over the bottom of the crust before it’s filled with the vegan “caramel” – a mixture of melted coconut oil, maple syrup, vanilla extract, and almond butter. I also made this recipe using cashew butter, and it was delicious that way too. You could really use any nut butter you’d like in the filling! 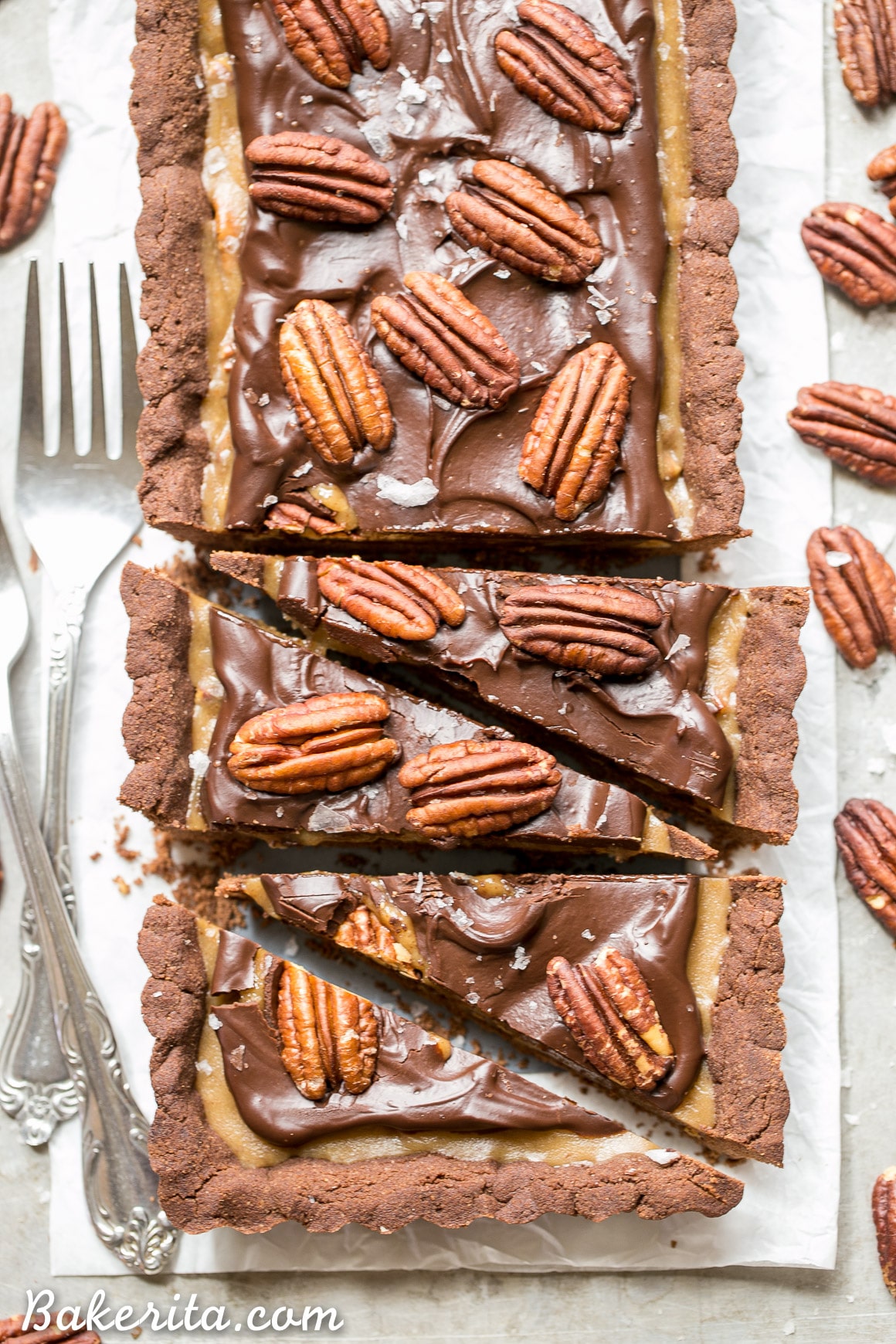 This chocolate pecan tart is firm and fudgy when it’s cold from the refrigerator, and gets super gooey and delicious when it comes to a warmer room temperature. I loved both ways, so you can’t really go wrong.

Between the crisp chocolate crust, gooey caramel filling, toasted crunchy pecans, and rich chocolate ganache topping, a slice of this will satisfy even the most intense chocolate dessert cravings. Enjoy! 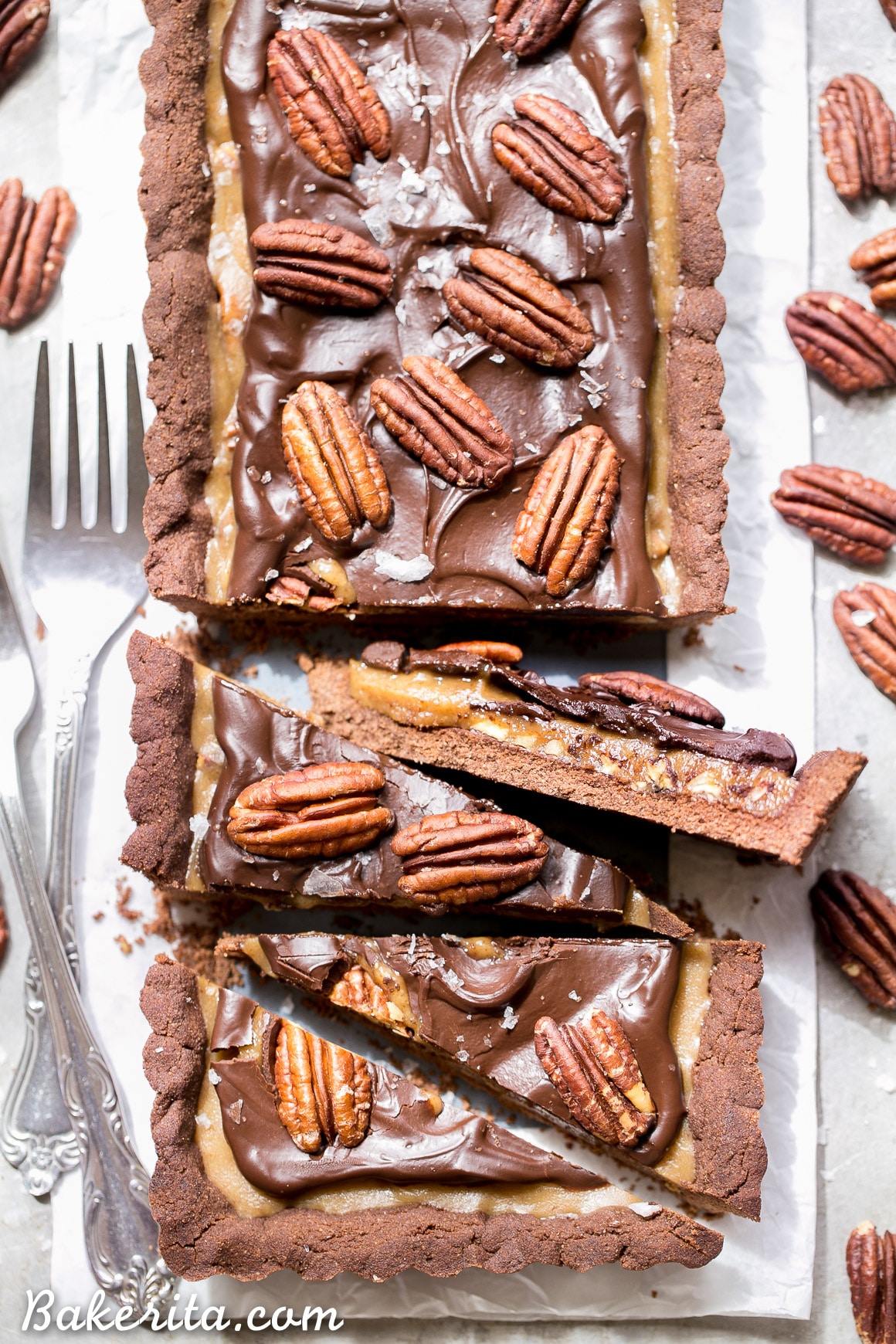