These healthier Snickerdoodles are incredibly soft and flavorful. This gluten-free, Paleo, and vegan recipe comes together so quickly and easily in just twenty minutes, you won’t believe it! 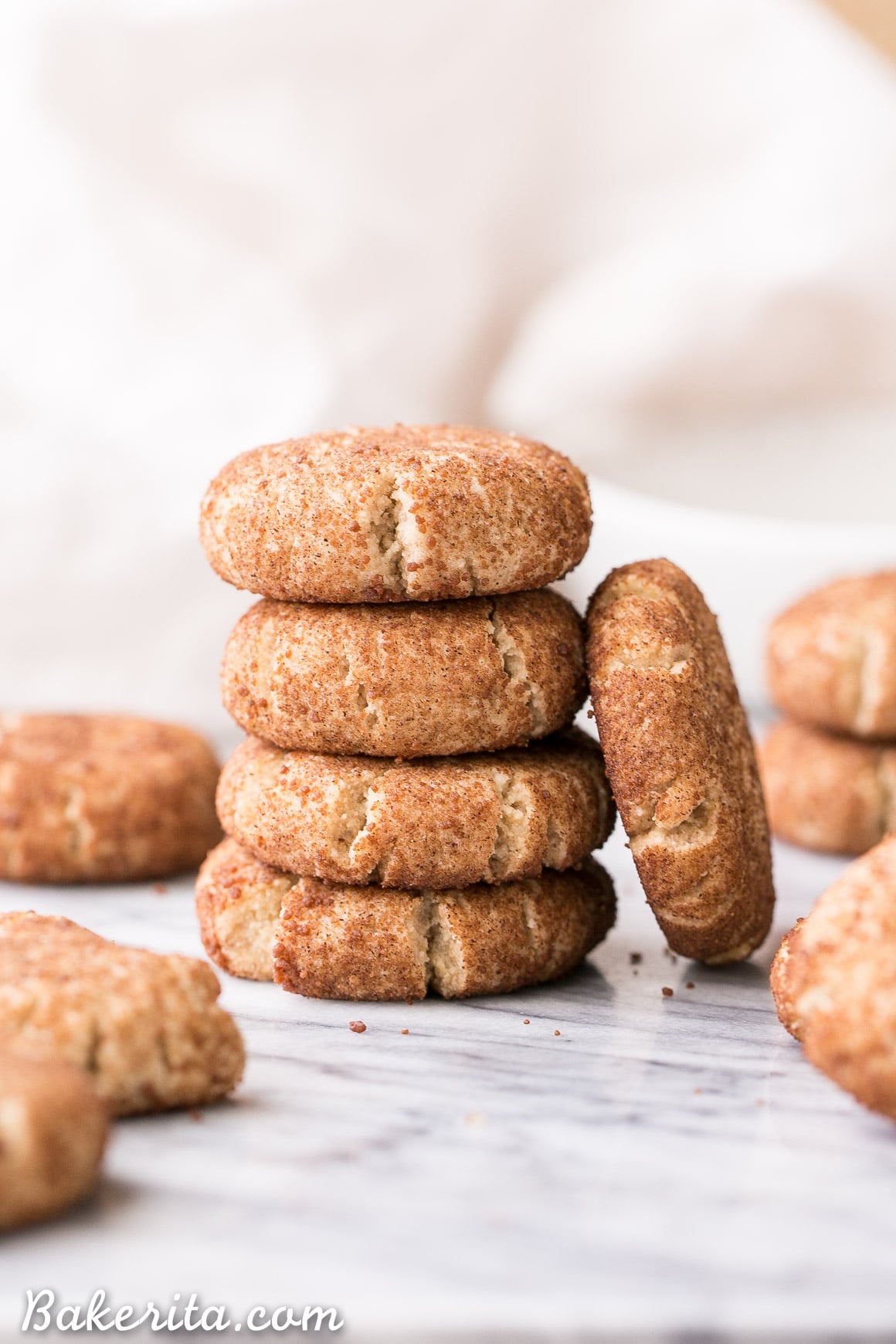 It’s somehow already December 23rd – 1 day until the first night of Hannukah, 2 days until Christmas, and 8 days until New Years Eve. I’m squeezing in one last cookie recipe before everyone goes on a diet or cleanse or whatever.

This one is a classic that I actually haven’t ever posted a recipe for, the snickerdoodle cookie. Traditionally full of sugar, butter, and cinnamon, it’s a soft and chewy cookie that gets rolled in cinnamon sugar before baking. It’s also usually not very healthy – at all. 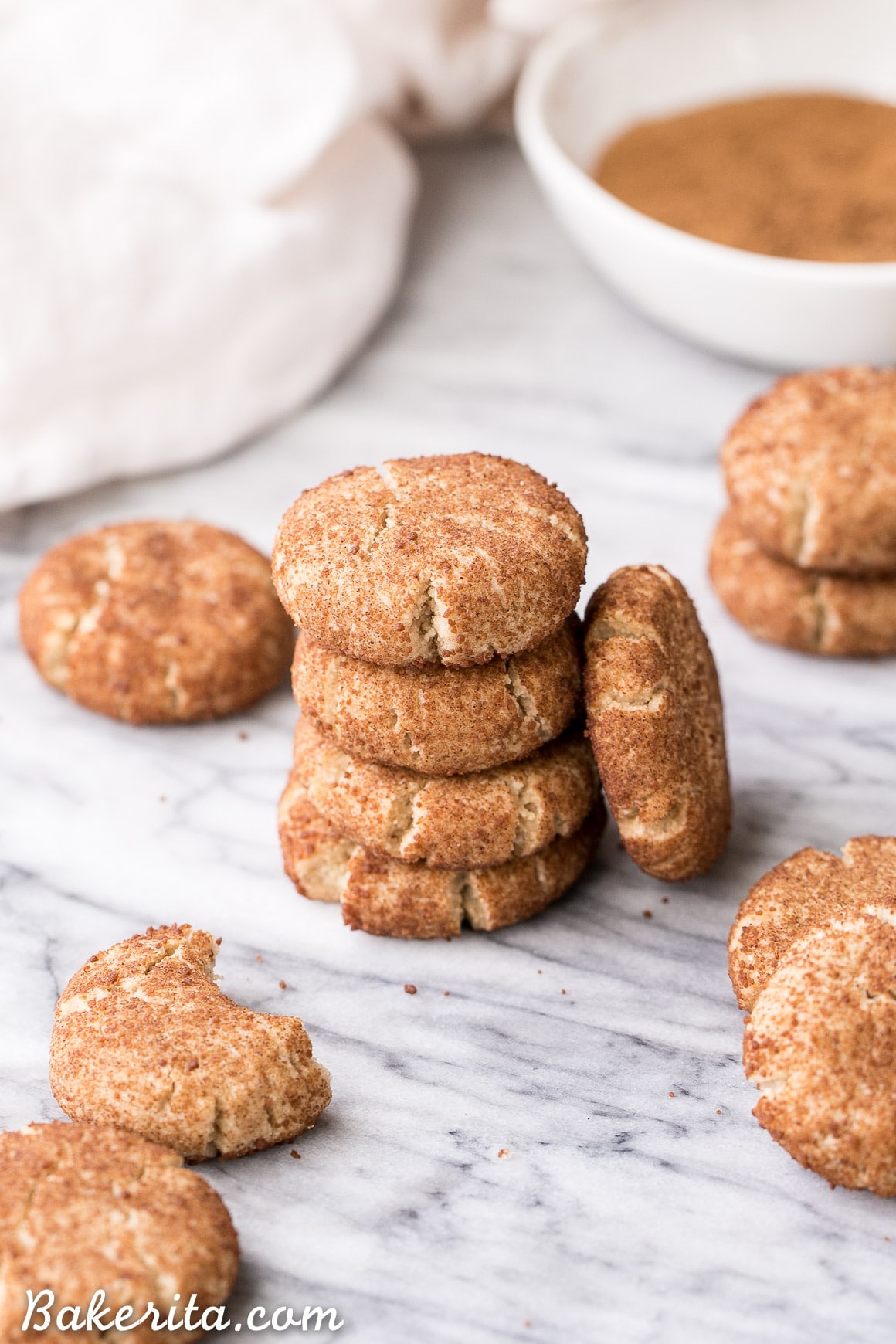 When I questioned my Instagram followers on any holiday favorites they wanted to see made a bit healthier, @dianacooke requested healthified snickerdoodles. Diana, your wish is my command!

These paleo and vegan snickerdoodles were a resounding success. The combination of almond and coconut flours created a soft and tender cookie, and the cream of tartar helped provide some of that classic snickerdoodle taste. 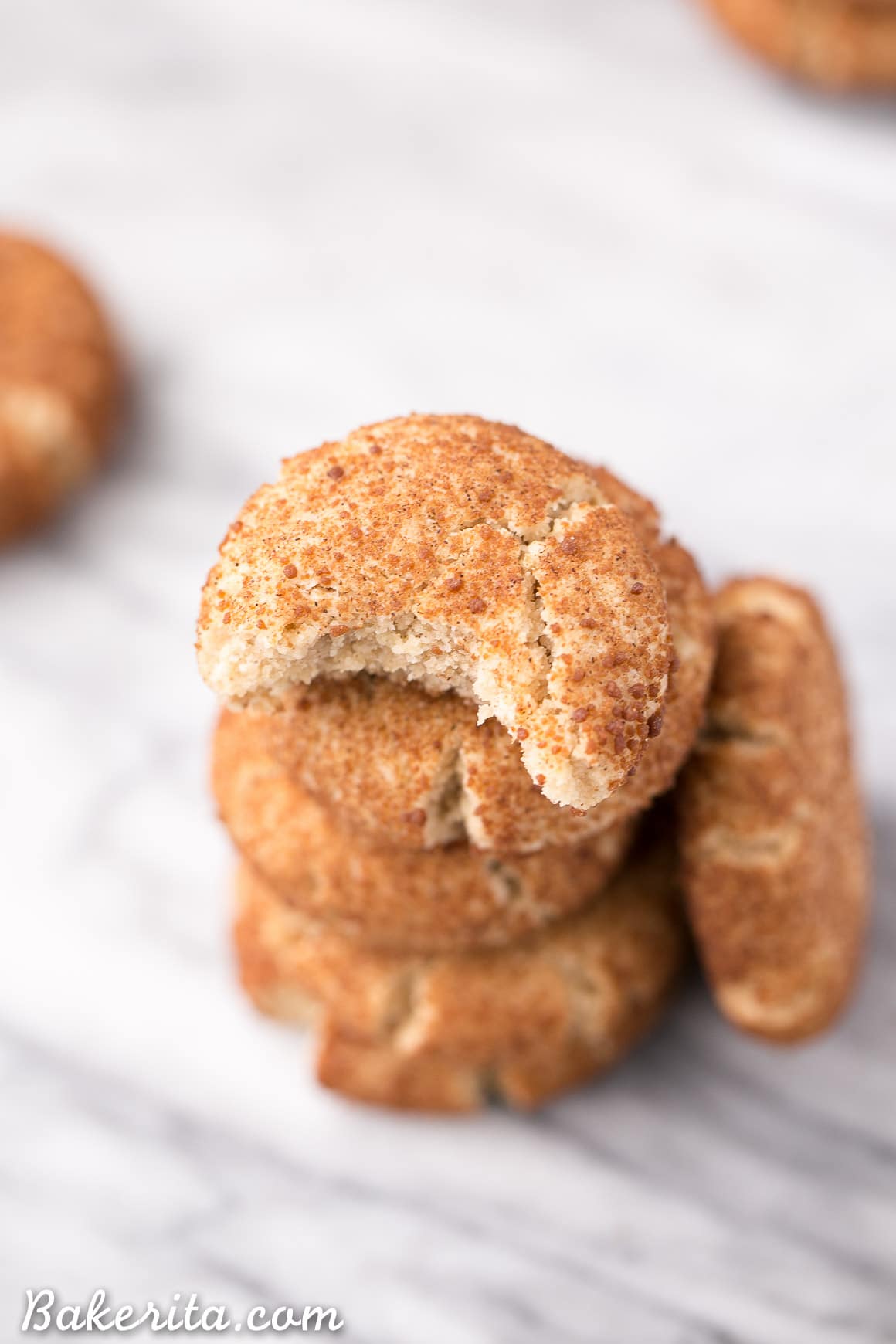 A little bit of maple syrup is all the sweetness the cookies need, especially because they get some additional sweetness from their roll in the cinnamon + coconut sugar mixture before they hit the oven.

The dough comes together in a flash – a bowl and wooden spoon are all you need, and no chilling of the dough required! This dough is also weirdly light and fluffy, because of the coconut flour, and it makes it super fun and easy to work with. 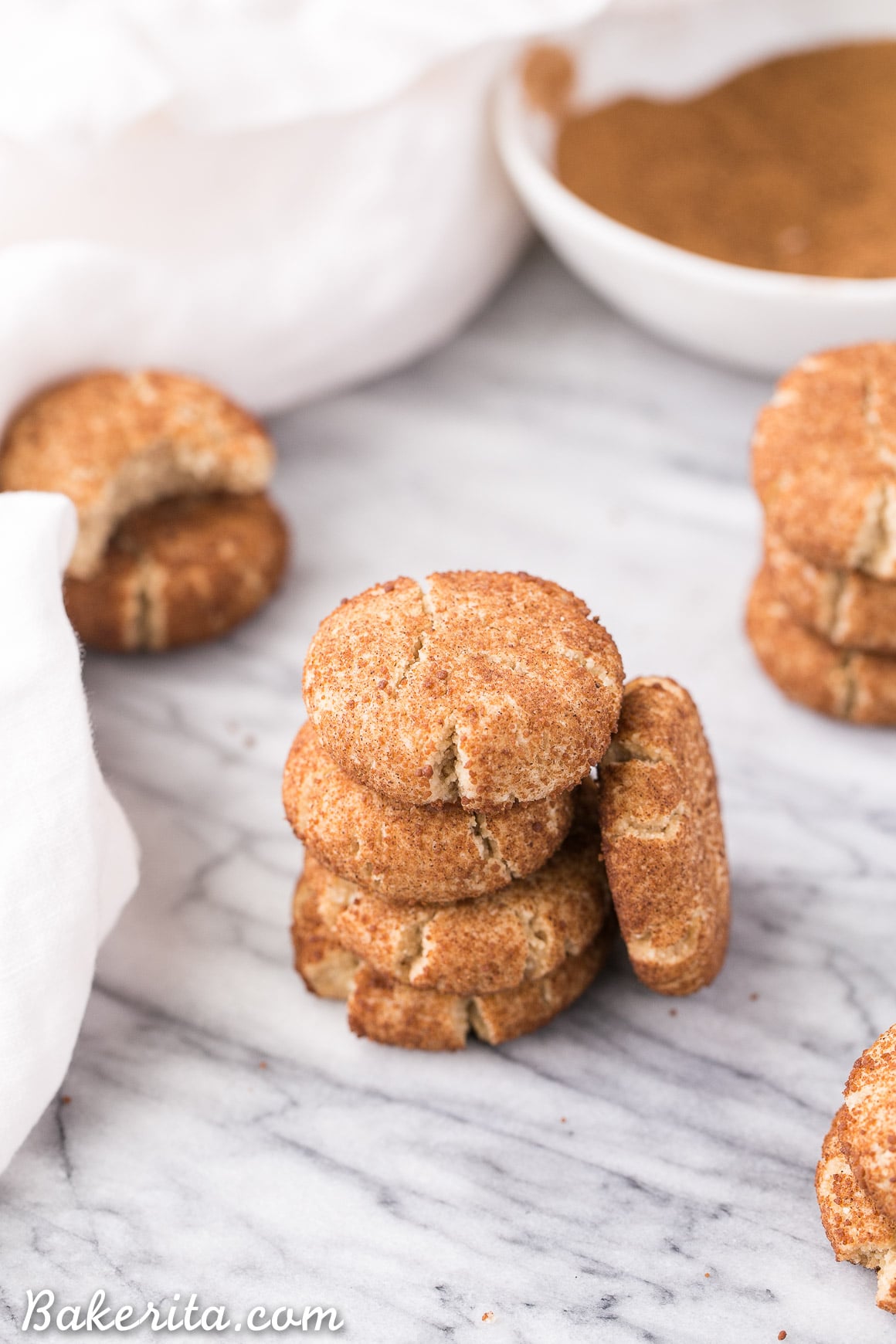 The cookies don’t spread a ton, so you do have to pat them down before baking so they end up flat. They puff up a bit, and you want to pull them out when they’re just baked through – don’t over bake or they’ll be dry. We’re aiming for soft cookies here.

So, if you can spare 20 minutes in the craziness and you’re not already swimming in cookies, you might want to bake up a batch of these! 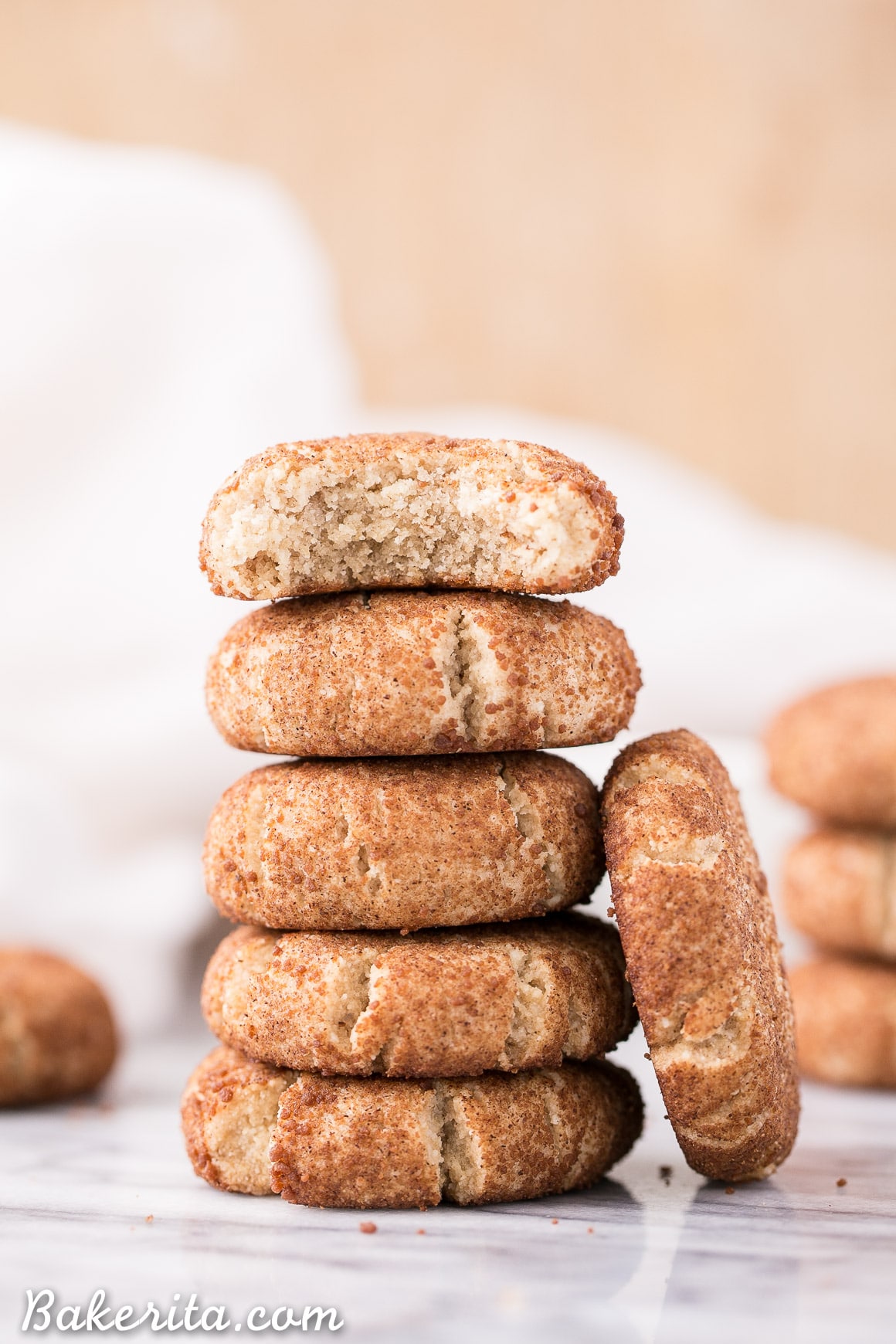 This is my last new recipe post before the New Year, so I hope you all have wonderful Christmas, Hannukah, and New Years celebrations full of happiness, family, and delicious food. Wishing each and everyone of you tons of love and happiness in 2017! You have all made me very happy this year ❤️ happy holidays, friend!

For the cinnamon sugar