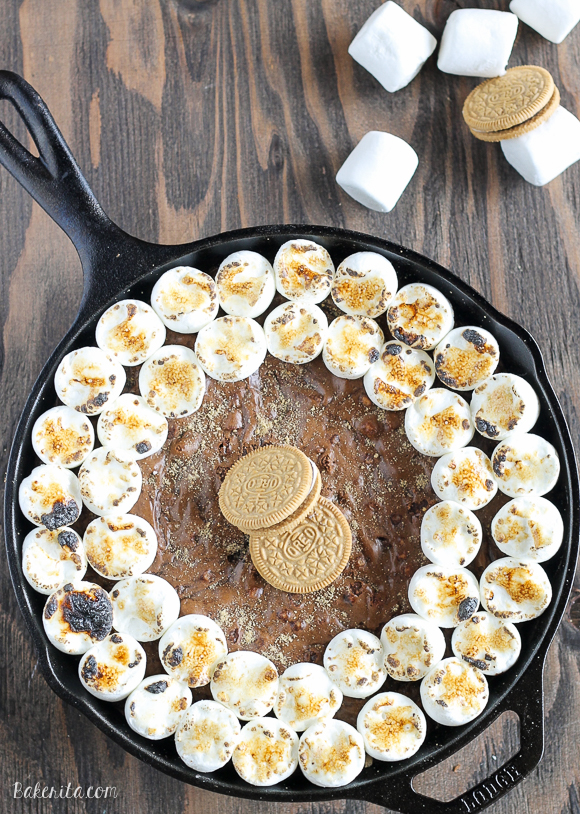 this recipe
How in the world did Nabisco come out with S’mores Oreos and not call them S’moreos? It’s outrageous. It was the perfect name waiting to happen. How did they miss it?!?!

I digress – but only because the contents are so good! I was pleasantly surprised by the S’mores Oreos. The outside cookies are totally like a graham cracker, and the filling is too obnoxiously sweet for me to really tell any real flavor difference, but you definitely get a little bit of chocolate with your graham crackers. 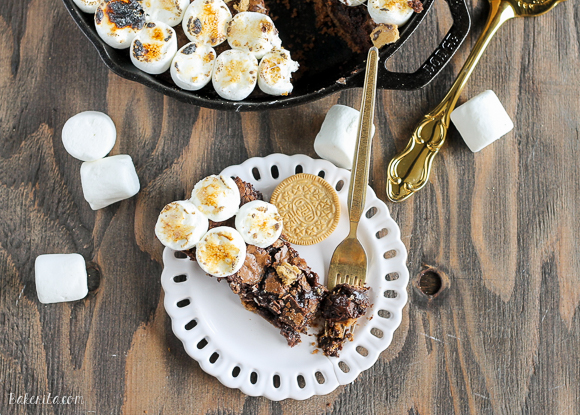 While I’m so not an Oreo eater on typical days, these were really fun to play with. I love anything and everything s’mores, case in point: s’mores brownies. s’mores cheesecake. s’mores brownie cups. s’mores cookies. there’s even more, but I think you get the point.

I made those s’mores cookies not very long ago, and a little while after I posted those, Beth from Beth Cakes posted her version of them, but made in a skillet! I loved how cutely she decorated the skillet cookie with the toasted marshmallows around the edges, and when I eyed these s’mores Oreos, my head immediately went to that giant cookie. 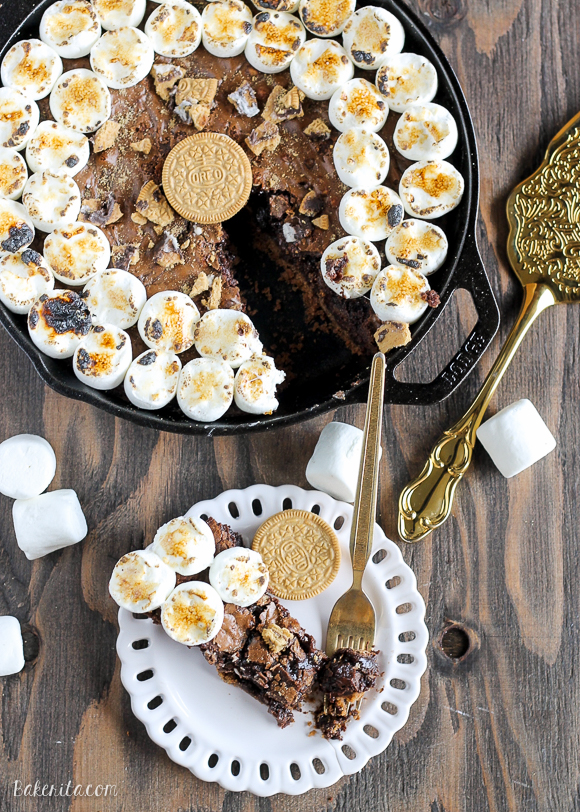 I decided to go skillet brownie because I’m a chocoholic, and I thought those Oreos would make a fantastic brownie crust. I was right. Mixed with some graham cracker crumbs, they’re just sweet enough without being overbearingly so (because this whole thing is sweet enough).

On top of that is one of my favorite brownie recipes, with some chocolate chips, little bitty Mallow Bits, and more crushed s’mores Oreos mixed in! I used a cast iron skillet, which gave some incredibly awesome edges, but you can use a 8×8 or 9×9 pan if it’s all you got. 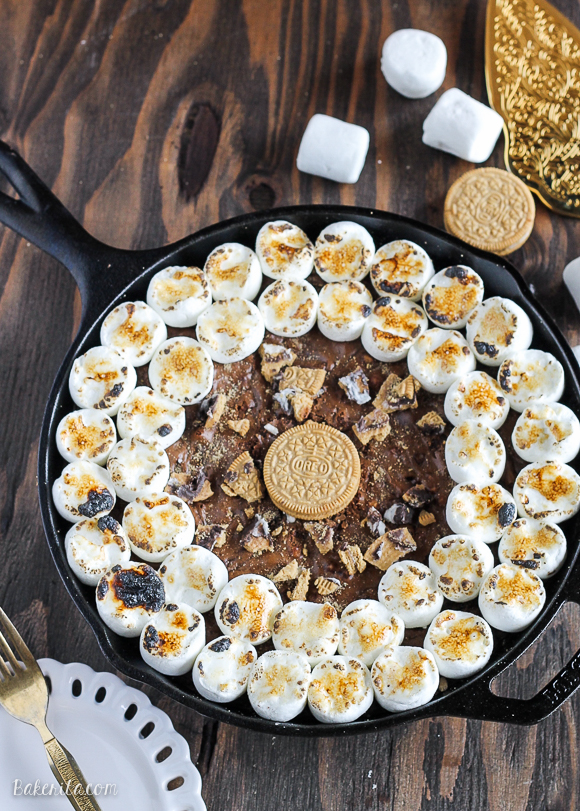 I’ve been itching for a chance to use my blowtorch, and marshmallows are always the best excuse. I ripped big marshmallows in half and placed them ripped side up, so they’d have a little texture once toasted. You may want to use a little marshmallow cream to help stick the marshmallows to the tops of the brownie if they’re not staying on! Once placed, turn on that blowtorch and toast away. If you don’t have one, crank the oven to broil and place the pan back in the oven for about 1 minute – watch carefully – until the marshmallows puff and brown.

These brownies are ooey, and gooey, and perfect for digging into warm, or letting cool and slicing up to share with friends. If you’re a s’mores lover like me, or if you’re digging all these fun new Oreo flavors too, you’re gonna love this one! Enjoy :) 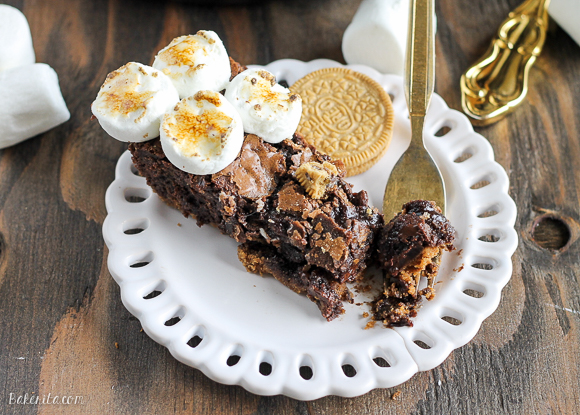