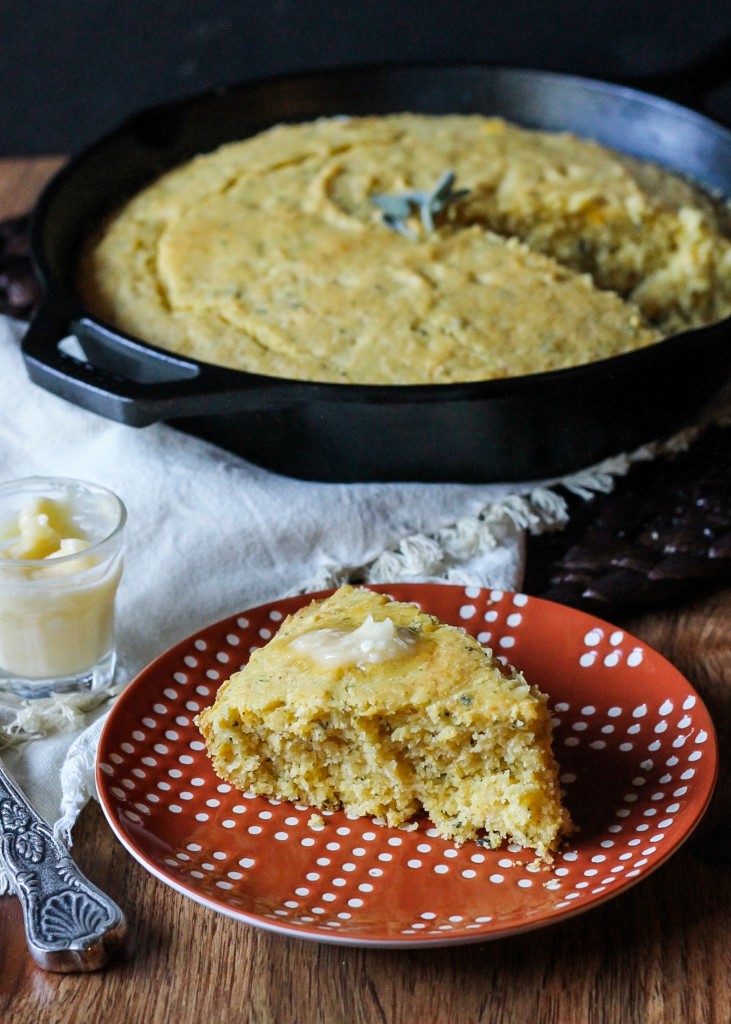 WHY have I never had a cast iron skillet before? I’m seriously way behind the times on this one, but I’ve been really missing out. UNTIL NOW.

I really didn’t think it was possible to be that excited about a piece of cookware, but here I am. I got a 10″ cast iron skillet a few weeks ago for my birthday at Sur La Table (thanks Dad!), and haven’t been able to stop using it ever since. Confession: I also ordered another 6-inch one from Amazon. It’s adorable and perfect for many things (*ahem* SKILLET COOKIES – coming soon).

Now that I have them, I don’t know how I ever lived without them. The most awesome things about cast iron are it’s ability to retain lots of heat, and that you can just throw them from the stove into the oven. The retained heat really helps your baked goods get awesome crusts, like the one on this cornbread. 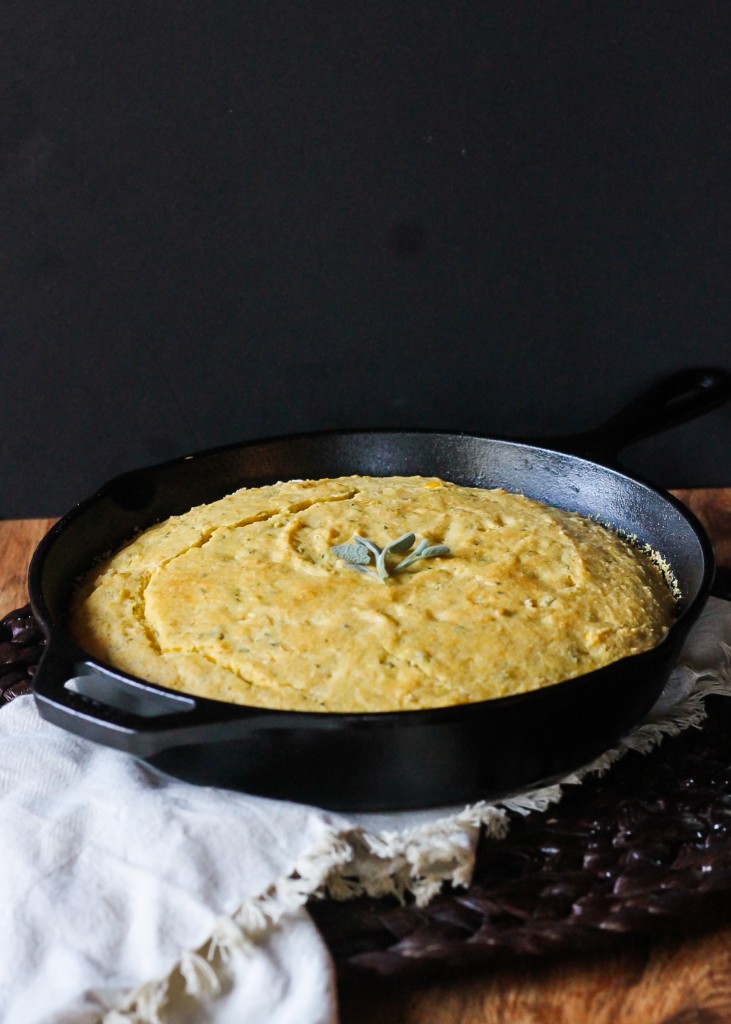 Ah, it’s too good! You let the skillet get super hot in the oven with some melted butter, then you add some cornmeal to the bottom of the pan. THEN you add your batter, which sizzles with the butter and the cornmeal and starts forming the crunchy, browned crust. Then into the oven the whole shebang goes, and 15-17 minutes later, you have steaming, beautiful cornbread.

The brown butter and sage flavors are subtle, and get more pronounced the day after baking. They make this cornbread special by giving it a little something extra without compromising the simplicity of cornbread. The batter is kept moist with the can of creamed corn, and that also adds in the corn kernels that I love so very much in cornbread. A slice of this served warm with honey butter? You won’t be able to resist. 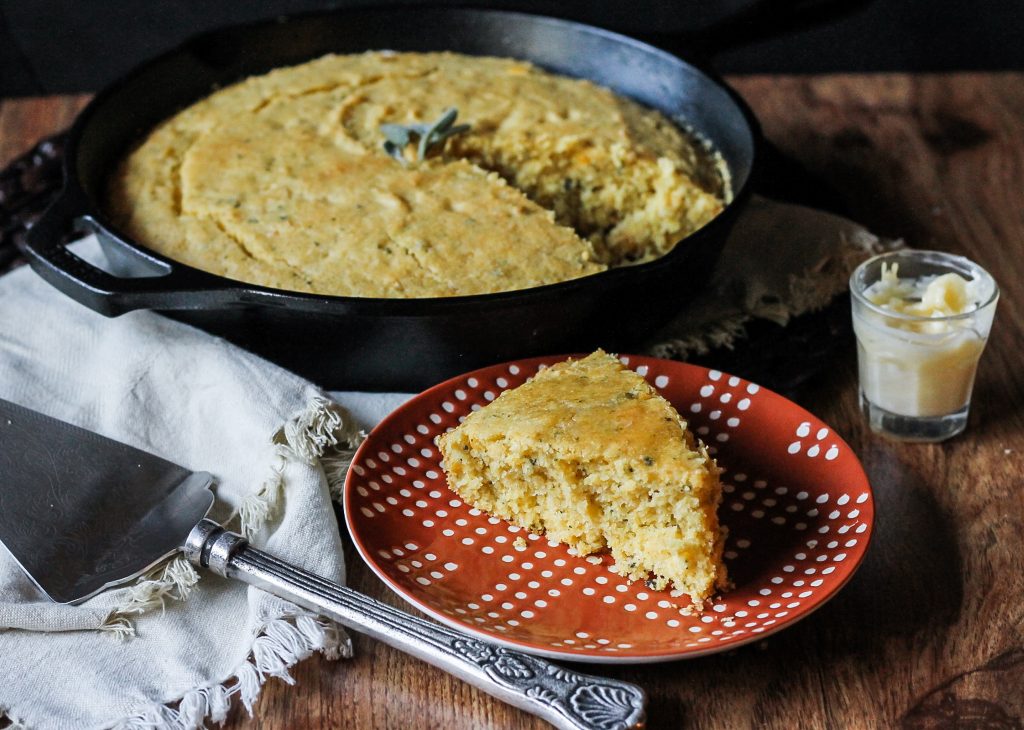 This is amazing served up with some soup or chili. It’s starting to get foggy and gross around here, and soup or chili and cornbread, slathered with honey butter, is the perfect thing to warm you right on up.

If you don’t have a skillet…don’t fret. Just make this in an 8×8″ pan and you’ll be golden. The crust may not be as delicious, but the cornbread will still be delish! 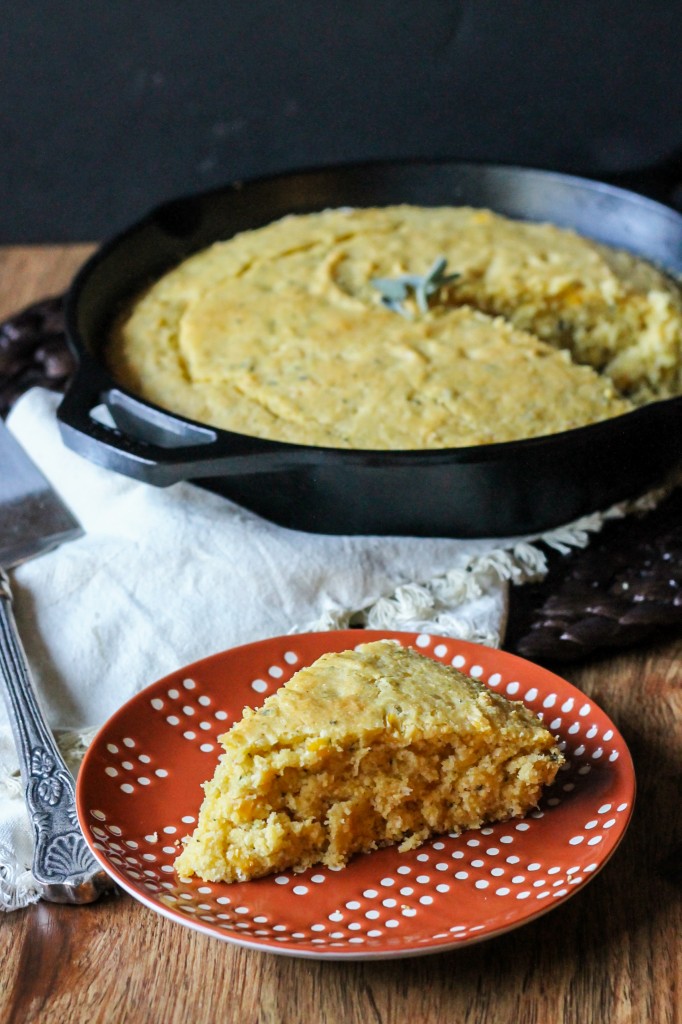 If you don’t have a cast iron skillet, prepare the brown butter in a separate saucepan and bake the cornbread in a greased 8×8″ pan.

who else could use a VANILLA BEAN SCONE to get you

gf vegan SOURDOUGH SCONES 🙌✨ I had to. You kn