This Apple Crumb Cake is full of warm spices, apple chunks, and Greek yogurt to keep it soft! This recipe has a super thick crumb layer and is a perfect fall cake. 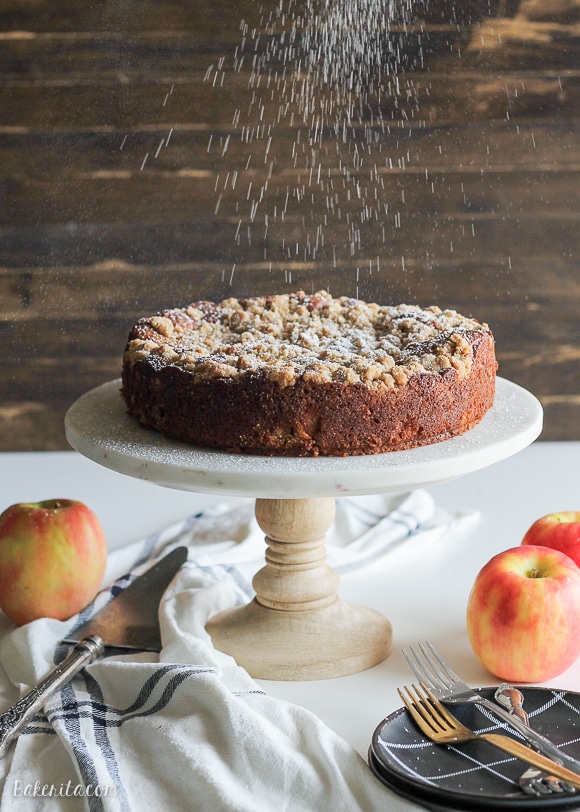 I get asked all the time what my favorite dessert is. It seems like a natural question for people to ask, considering dessert is what I do, but what most people don’t realize is that being constantly surrounded by new and exciting desserts makes it so much harder to choose one to hail as your favorite.

When the question comes up, as it inevitably does, my answer usually has something to do with apples (unless it’s a chocoholic sort of day – you know the ones). Apple crisp is a pretty standard answer, but sometimes it’s an apple crumble pie. It almost certainly includes apples, cinnamon, and a crumble of some sort. 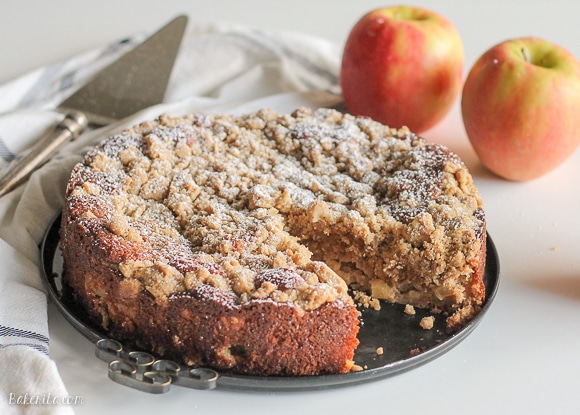 So, considering this apple crumb cake has a whole lot of apples, cinnamon, and crumb, it’s not a surprise that this became one of my favorites as soon as I tried it. I couldn’t resist stealing a bite as soon as I could, before the cake was entirely cooled, and I was immediately swooning. If you love apples and cinnamon and crumbles the way I do, I think you’ll like this one.

The recipe is inspired by the two other crumb cakes I’ve posted on Bakerita – Pumpkin Crumb Cake and this Banana Crumb Cake. Both of them turned out to be big hits, and I knew an apple iteration would turn out just as delicious as the previous flavors. 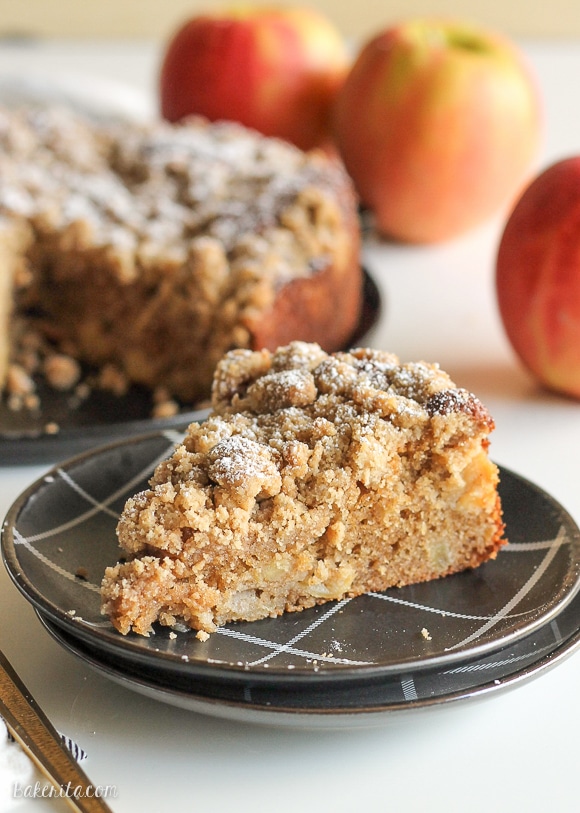 The cake itself is kept super moist from the Greek yogurt and apples, yet fluffy and also sturdy enough to hold up all the crumb topping! I chopped the apples into small chunks as well as did thin half slices. This gave a variety of textures in the cake that I loved! You can chop up the apples however you like, but if you do slices, make them thin, and if you make chunks, make them small. You want the apples to get nice and tender. It’s also super flavorful – the cake is enhanced with cinnamon, freshly grated nutmeg, and allspice. It’ll make your house smell like the best of fall when it’s baking.

The crumb topping has big, thick crumbles of butter and brown sugar. This crumb topping isn’t joking around – it forms a pretty thick layer on top of the cake. The crumb adds a crunchy texture that works so nicely with the flavors and texture of the cake, and all together it makes for a cake that irresistible for dessert or as an afternoon snack cake. It would be perfection served with tea on a cold fall afternoon. Bonus points if it’s raining! 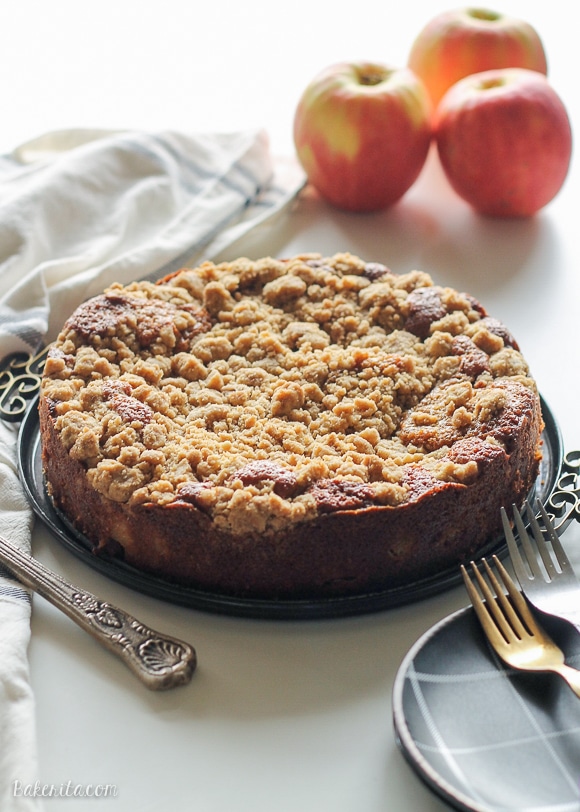 You could, of course, drizzle a glaze on top of the cake, but I found a sprinkle of powdered sugar was enough to pretty up the cake and give it that finishing touch. This is a quick and simple cake with big time flavor. This is definitely a new favorite of mine – I hope you’ll give it a try. Enjoy!

For the crumb topping