These Apple Cinnamon Oatmeal Cookie Bars are an easy and absolutely delicious dessert, made with fresh apples and cinnamon chips. You can have these from bowl to oven in 5 minutes! 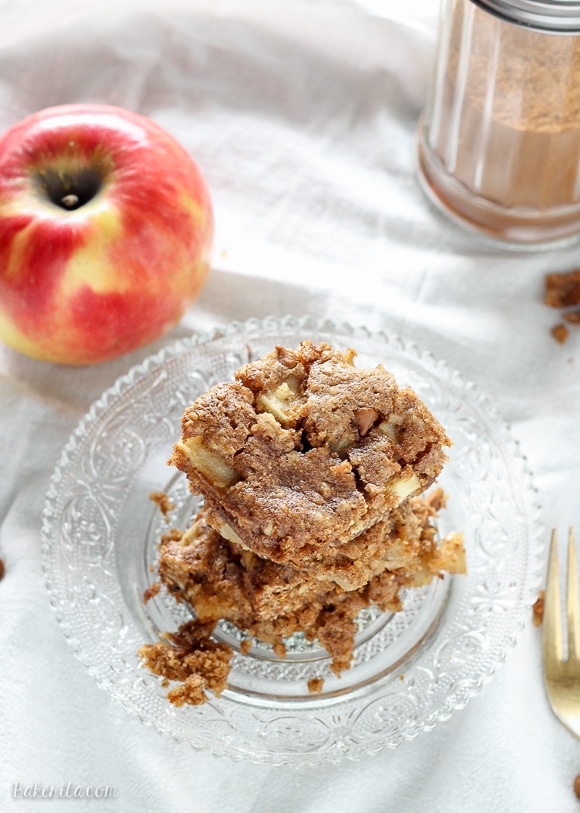 I’m going to start with a word of warning that this is a long post with a ton of recap from the International Food Bloggers Conference! It was a spectacular and exciting weekend, to say the least. If you just want to learn about these fabulous Apple Cinnamon Oatmeal Cookie Bars, scroll down to the recipe. Let’s start at the beginning: my weekend started bright and early on Thursday morning at 7:30 AM at the Krusteaz Headquarters.

As a member of the Krusteaz Baker’s Dozen, they invited me to come to their headquarters here in Seattle to shoot some hack videos. I said yes a few months back before I would let myself freak out over being on camera and chicken out. I was beyond nervous going into it. To ensure I was well-rested and didn’t have any under-eye circles on camera, I went to sleep at 9:30 pm the night before, which also happened to be my 22nd birthday. Wild and crazy birthday, yeah? 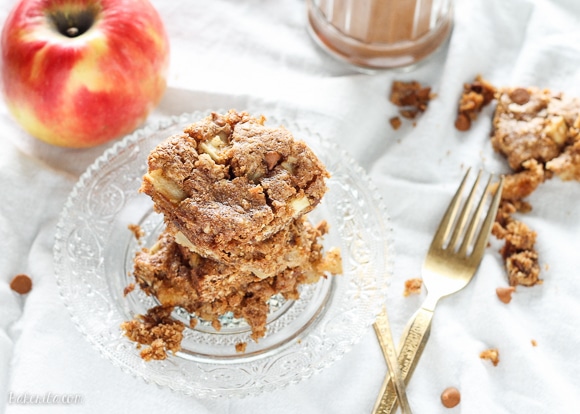 Once I got to the studio, the whole team was around introducing themselves. They were so helpful, and reassuring me that their goal was the same as mine: make me look good on camera! It was beyond relieving to have such a supportive crew. It was also SO interesting to see the food stylist overfilling bowls of chocolate hazelnut spread so they looked best on camera. All the test kitchen workers were running around, ripping open muffins to make sure they were gooey enough inside.

I ended up shooting two videos within a couple of hours. It was so fun! I’m so excited to see how the videos turn out and I will most definitely share them here once they’re up. Later on Thursday night, the rest of the Baker’s Dozen as well as a few team members from both Krusteaz and 360PR went to a delicious dinner at Purple Cafe in Downtown Seattle. The food was incredible and it was so amazing to sit beside and chat with such lovely, inspiring ladies. 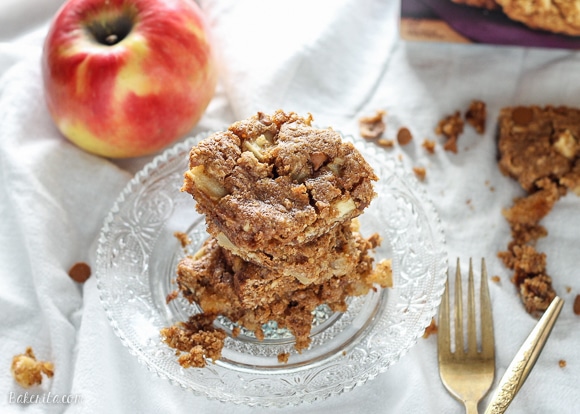 Saturday was the first full day of the conference. I helped Krusteaz host a craft + cookie swap during one of the breakout sessions. We had an amazing time meeting the other super sweet bloggers who came to hang out and eat cookies.

After the food coma post culinary fair, I slept well to enjoy the last day of the conference. The final day had more fantastic speakers, inspiring words, and new friends. It was an exhausting, exhilarating, and inspiring weekend. I’m grateful for the opportunity to have experienced such an incredible event with so many fantastic people. To those of you I met, it was incredible to meet you. To those of you I missed, I wish we could’ve connected. 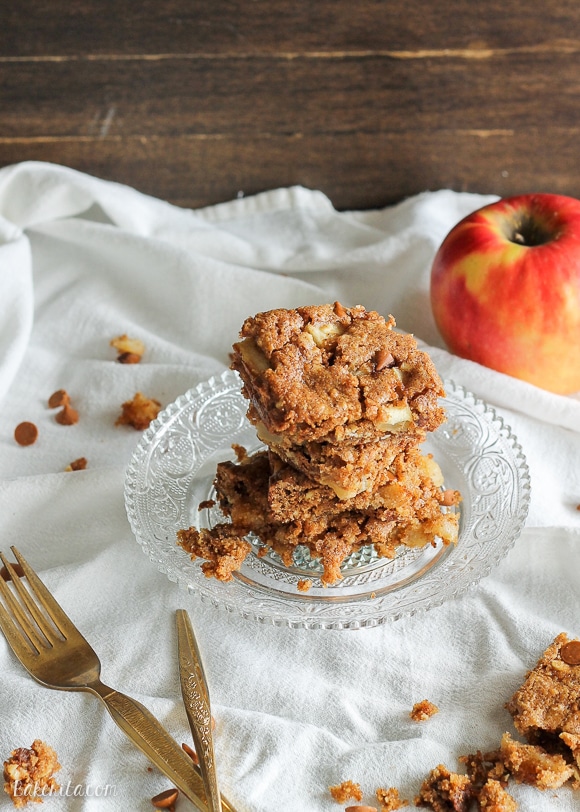 I got home around 1 pm, and felt inspired to bake and invigorated to blog, but also tired. Staring into my pantry, I naturally, grabbed a box of Krusteaz Brown Sugar Oatmeal Cookies. I had them for the first time at the cookie swap and swooned. A few minutes later, I had a bowl of cookie dough in front of me. I began adding cinnamon and diced apples and cinnamon chips. I pressed the batter into a lined 9×13″ pan and inhaled deeply as the smell wafted around my apartment, making it truly smell like fall.

You’ll want to bake these Apple Cinnamon Oatmeal Cookie Bars get golden brown on the edges. They get baked just enough in the middle to stay chewy and soft. The apples add some moisture, so I must say, you’d probably have a hard time over-baking these. They’re everything you want in a fall cookie bar. They’re also super easy to make! They can go from bowl to oven within 5 minutes! Enjoy. 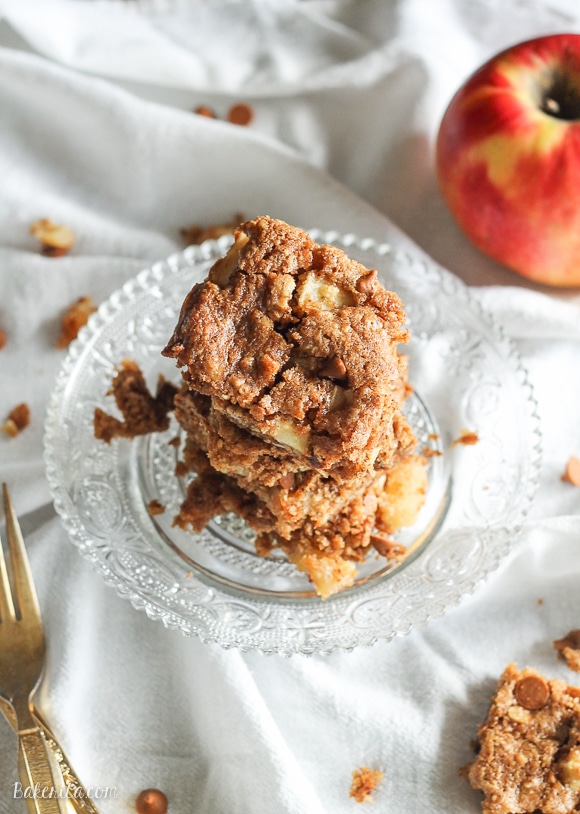 These Apple Cinnamon Oatmeal Cookie Bars are an easy and absolutely delicious dessert, made with fresh apples and cinnamon chips. You can have these from bowl to oven in 5 minutes!

Krusteaz sent me to the International Food Bloggers Conference as a brand representative and member of the Baker’s Dozen. Thank you for supporting the brands that support Bakerita! As always, all thoughts and opinions are my own :)