These Apple Cinnamon Blondies have sautéed apples and cinnamon chips for the ultimate portable fall treat! This easy recipe comes together quickly and tastes like apple pie.

Which means, among other things, that it’s fall! (Oh, and also that now I can start posting boozy dessert recipes! And drink.)

My birthday, September 16th, always falls within the first few weeks of the school year, and is always my marker of when everything starts feeling a whole lot more like fall. Classes start to get into full swing. The air gets a crisp, chilly edge to it between the sunny days, and the leaves just start to change color around the edges. 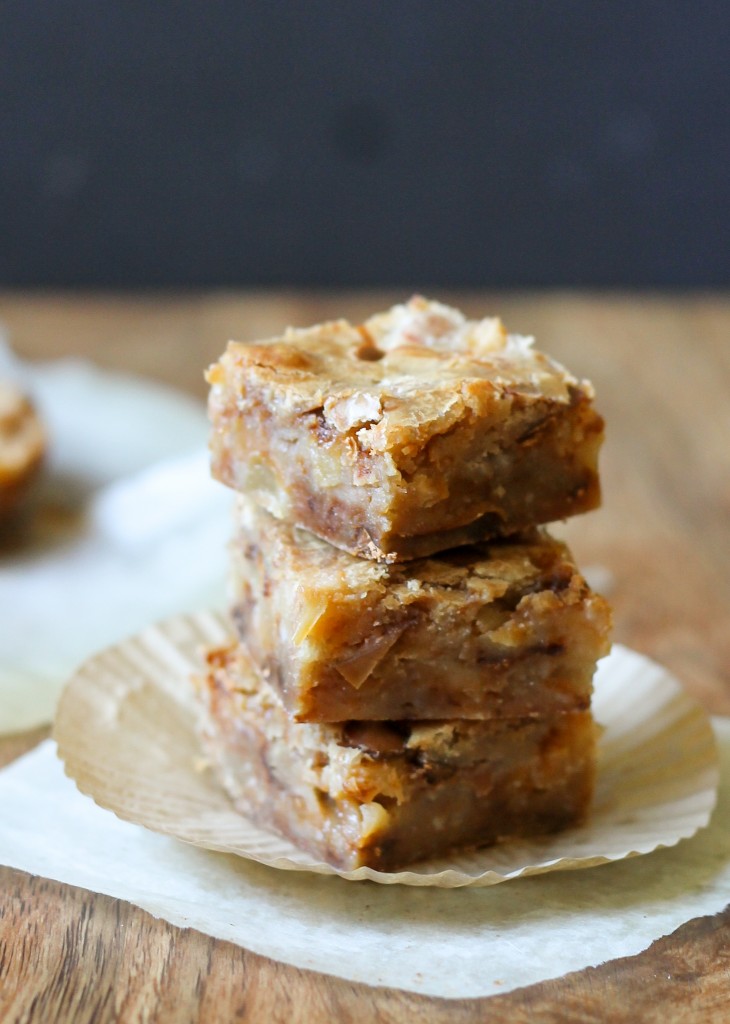 And then, of course, fall baking starts, and the smells of pumpkin bread, cinnamon, and apple-y desserts dominate the kitchen. It’s a great time, especially for baking.

I love apple desserts, and would say that on most days, I’ll tell people that’s my favorite kind of dessert. Apple crisps, crumbles, pies…I looove it. Especially with cinnamon! The two flavors are a match made in heaven. However, because it’s my favorite, I try to make it less, because I’ll totally devour it embarrassingly quickly.

Most of my baking, I have pretty good self-control. Anything to do with apples? Powerless. Enter: Apple Cinnamon Blondies. 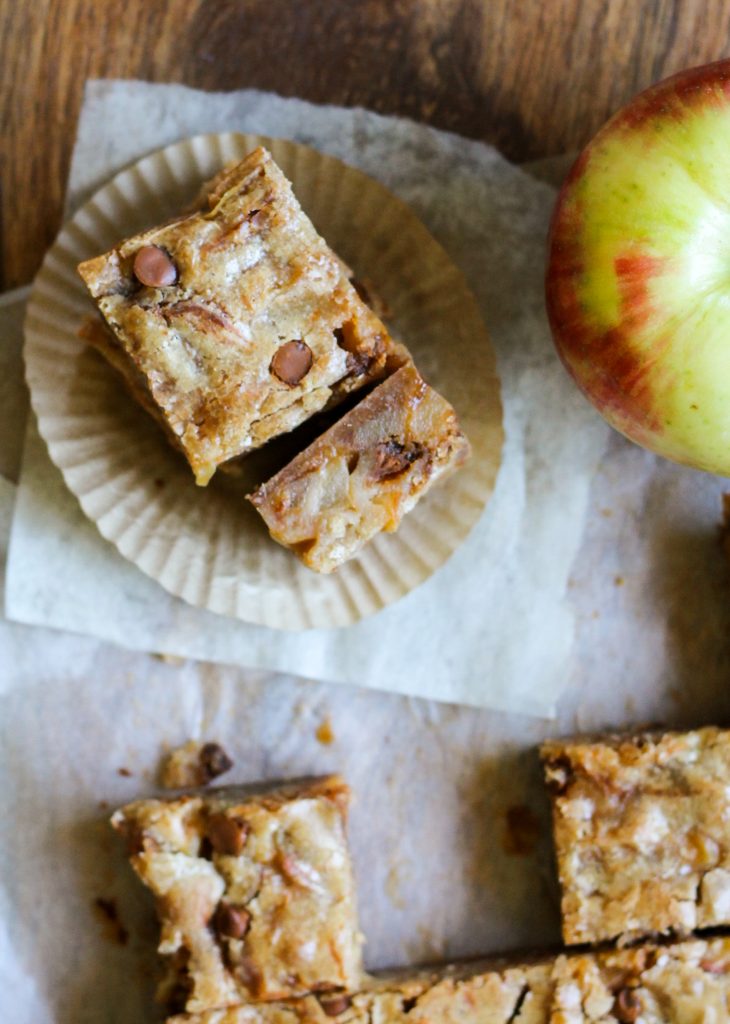 I paired my favorite blondie recipe with my favorite fall flavors, and the result was fantastic. The idea started when I found these cinnamon chips. I had never used them before, but had always been intrigued…so I grabbed ’em and decided they were gonna be made into something delicious with apples.

The blondies are the perfect vessel for the chunks of apple, which are sautéed in a tiny bit of butter and brown sugar. They stay just firm enough, and the blondies stay gooey and soft on the insides. The edges are chewy and caramelized, and the cinnamon chips leave swirls of cinnamon goodness veining through the blondies. 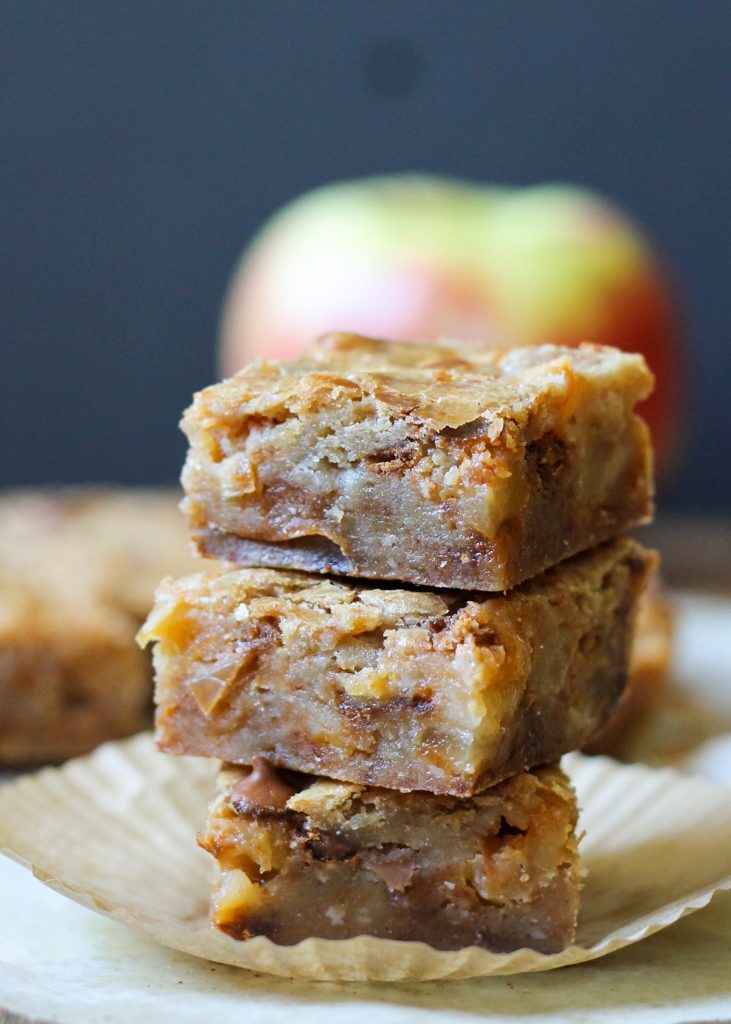 They are the epitome of fall.

(And they make your house smell awesome!)

If you’re like me and love apples, you’ll be in heaven. Enjoy!