You would never know these Vegan Blueberry Muffins were made without eggs due to their light texture and incredible flavor! This easy recipe comes together quickly and only uses one bowl. 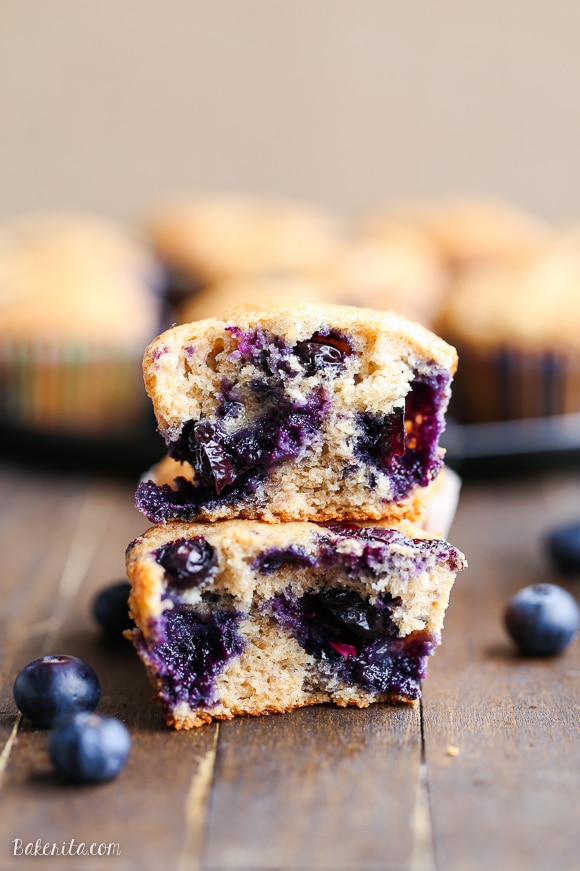 Updated March 2016: I decided that this post deserved to be revitalized with some new pictures and new love! It’s a celebrated and delicious recipe that the previous pictures didn’t do justice to. I left the story and post the same as when it was originally posted way back in April 2013! I hope you enjoy these secretly-vegan muffins. :)

These muffins were a total accident, that turned out SO amazingly. I was planning on making regular blueberry muffins when I realized two things:

A) The carton of blueberries I bought was on the verge of going bad,

B) I had never shared my favorite blueberry muffins on here! 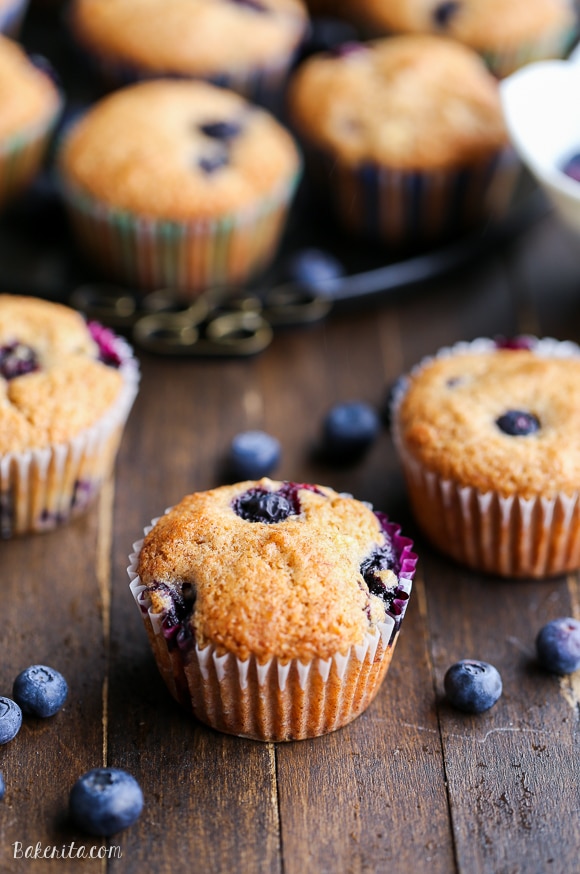 So naturally, I just started whipping up the recipe. I ran to grab an egg, and…no eggs. I’m not one for egg replacements, so I had none of that either. I spotted a banana, mashed it up and threw it in. I went to grab the milk, and realized it was heavy cream or almond milk. Erring on the side of health, I grabbed the almond milk.

I used half whole wheat flour to help them be a bit more nutritious, and after mixing up all the batter, I realized they were vegan! I usually add a crumb topping to these muffins, and I promise to post the original recipe soon, but I decided to forgo it and hope these turned out decent. 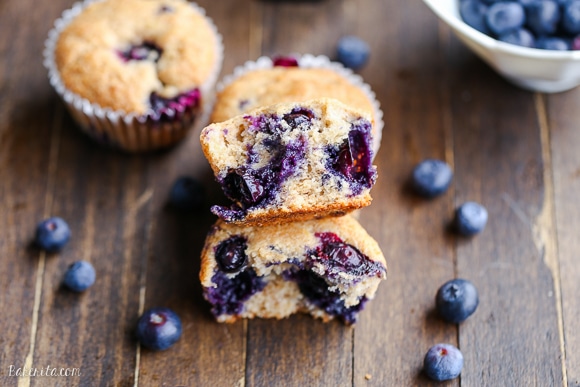 Well, guys…they turned out WAY better than decent. No one even realized they were vegan OR whole wheat, they tasted so perfectly light with the exact texture of sort-of dense, but soft-of fluffy that I always want in a muffin.

I wouldn’t say they’re healthy, but they’re not as bad as the white flour, crumb-topped ones for sure. Oh, and that banana? You can’t taste it, I promise. It just gives the right amount of moisture that the lack of egg took away. 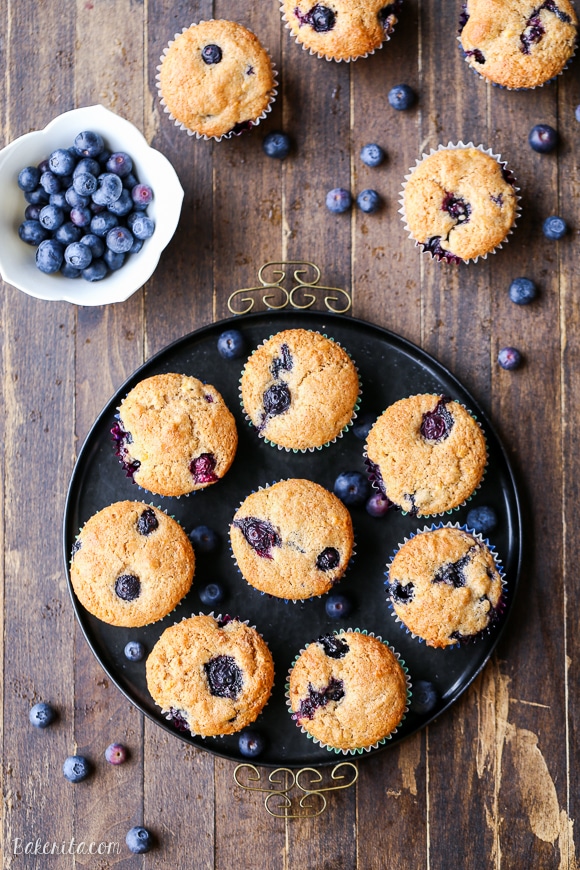 If you like to add spices to your blueberry muffins, I love a 1/2 teaspoon cinnamon and 1/4 teaspoon nutmeg in this recipe, but add whatever and however much you like! I left spices out of this batch to let the blueberries shine.

Also, if you use frozen blueberries, be aware your batter might turn a little blue! Be super careful not to overmix those babies. 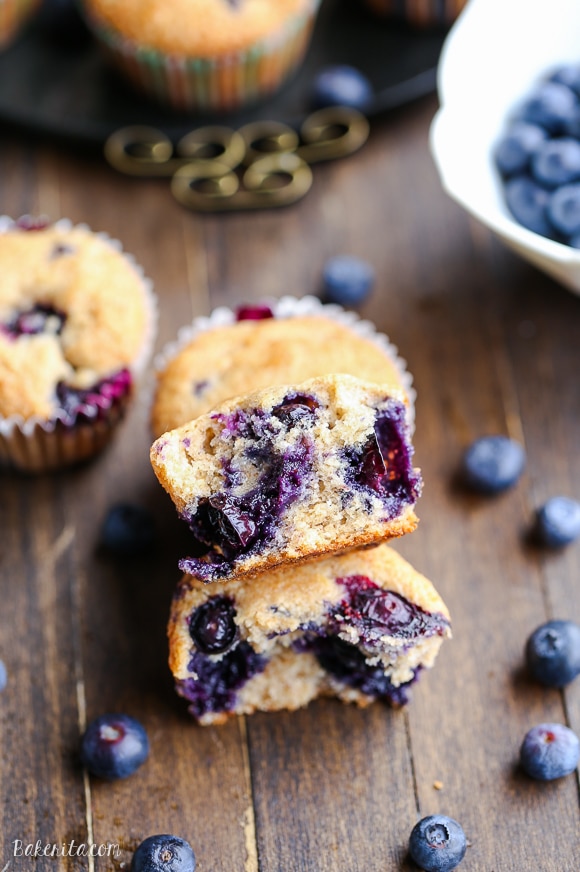 So whether you’re vegan or not, these muffins are absolutely amazing and definitely worth a try, whether you’re out of eggs and milk or not! Enjoy :)

If you don't want any banana flavor, use unsweetened applesauce instead.

feeling peachy? 🍑😏 i sure am - especially wh

As I wade back into the kitchen, I’ve found myse