This Paleo Apple Cinnamon Bread is a healthy breakfast or snack that’s made with applesauce! This gluten-free and grain-free spiced loaf is so easy and moist. 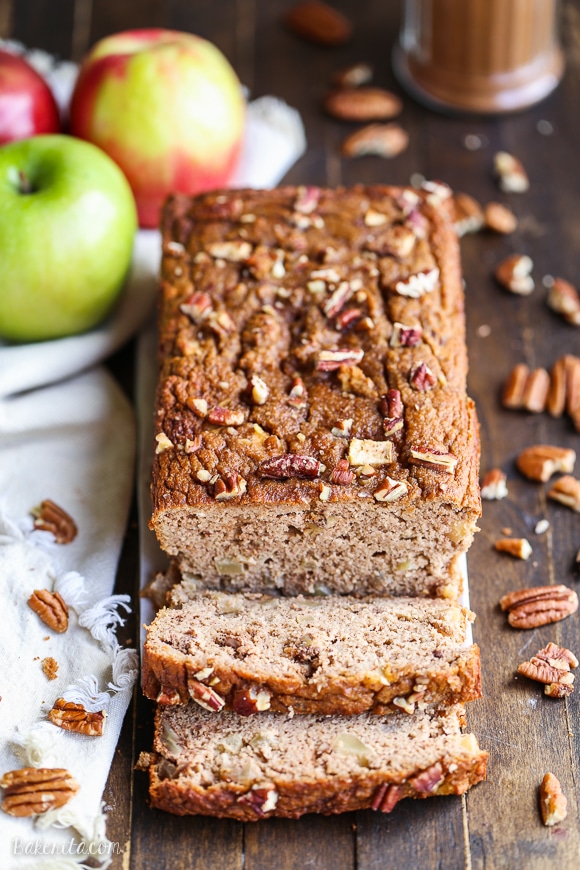 this recipe
Hello from Costa Rica!! When this post goes out, I’ll probably be laying in the sun, basking in the 90 degree heat (not to brag or anything). As I write this though, I’m waiting for my delayed flight to Houston, where I’ll then connect to Liberia, Costa Rica.

I was supposed to meeting up with my sister and mom during the connection, but because of my delay, I’l be on different flight to Costa Rica now. I won’t land there for another twelve hours and I’m yearning to be in the warmth! ☀️☀️

In the meantime, I’ll distract myself from the wait by talking to you about this week’s baking expeditions! Namely, this apple cinnamon bread. This recipe was one I expected to work on the first try, and that was sooo not the case. I tested and tweaked and finally, we have a winner! 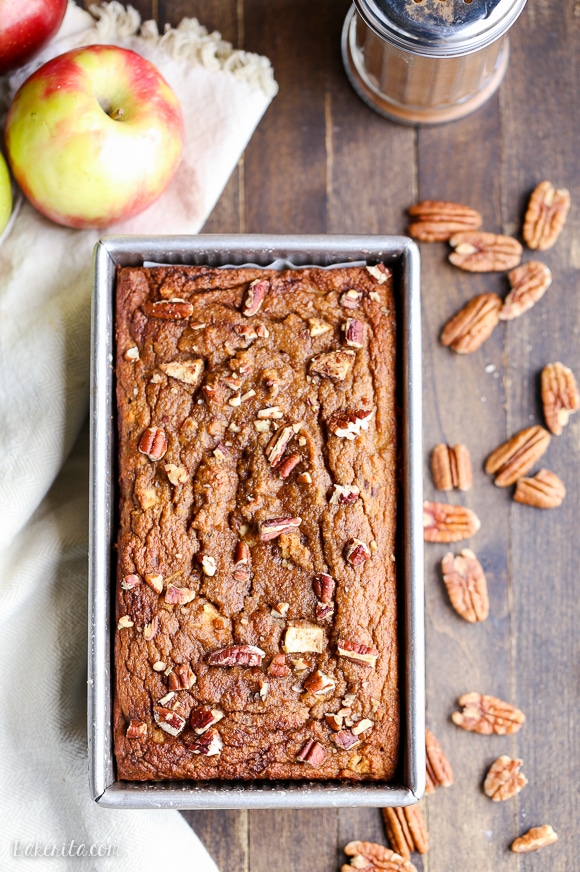 This bread is full of apple flavor. It’s not just that the apple chunks help flavor the bread – the base is made with applesauce, so that sweet + fresh apple flavor permeates every bite of it. The applesauce also helps keep the bread super moist and tender. Because it has natural sweetness, you barely have to use any additional sweetness – just a 1/4 cup of coconut sugar does the trick.

In one iteration of this bread, I left the sugar out entirely and it wasn’t bad at all. I preferred it with a little extra sweetness but if you have less of a sweet tooth, you could try playing with the amount. 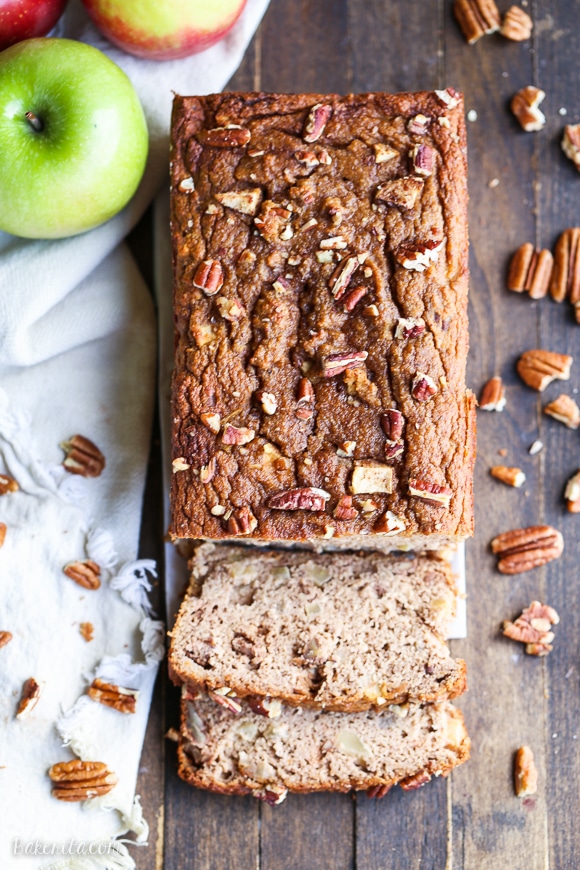 Coconut flour is what holds this bread together. Unfortunately, you can’t substitute anything else. Coconut flour is it’s own animal – it’s much more absorbent than any other flours and isn’t easily substituted.

Thankfully, it’s not too expensive and a little bit goes a long way. A bag will last you a heck of a long time, and there’s a bunch of delicious recipes on my site and around the web for you to use it in. 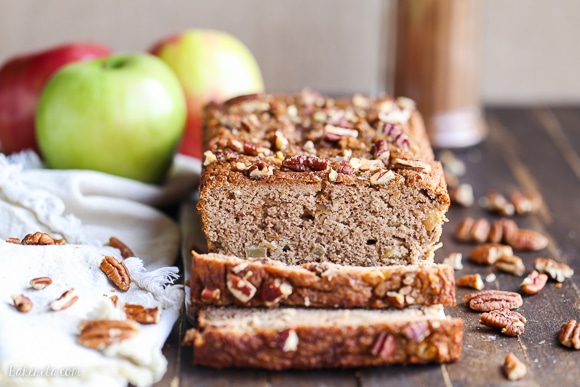 I added toasted pecans to this apple cinnamon bread too. I love some crunch in my baked goods and I loved the toasty, rich flavor they brought here. Of course, those of you cringing at my addition of nuts can definitely leave them out. Alternatively, use your fave nut in place of the pecans (walnuts would be good).

This wouldn’t be apple cinnamon bread without a healthy dose of cinnamon, and some nutmeg and allspice round out the spice party. 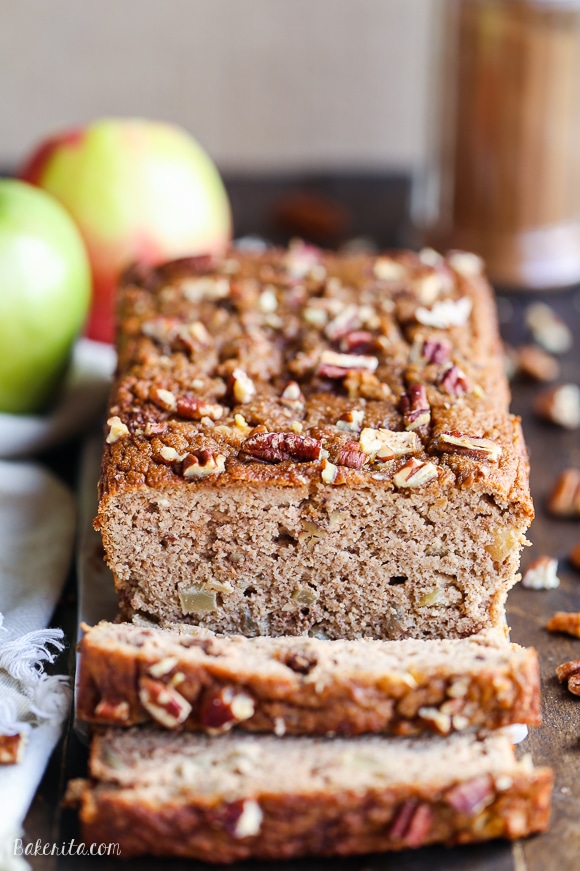 This apple cinnamon bread is delicious warm, but the flavors of the bread come together and get more prevalent a day after the loaf is baked, so make sure it lasts that long :) it’s awesome on it’s own, and even better with a little slather of almond butter. Enjoy!