A recipe for Vanilla French Macarons with French Chocolate Buttercream. See my tips & the recipe for a delicious, creamy, rich French chocolate buttercream! 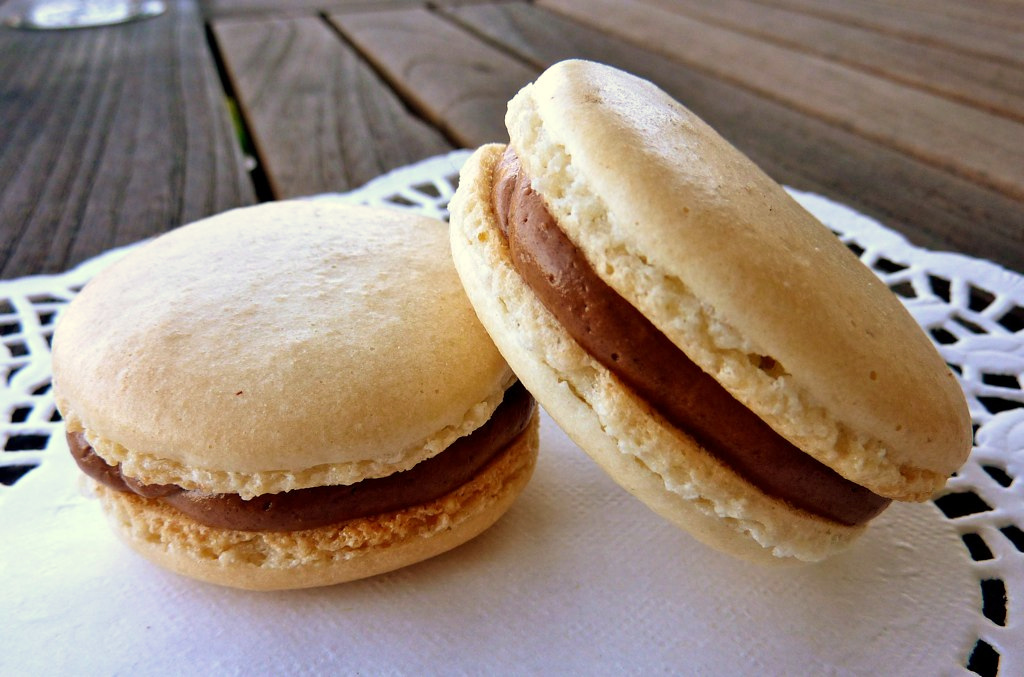 Today’s been a good day, for the few hours that I’ve been awake. Just one of those days where I woke up smiling, you know? Recently, those days have been few and far between. Life has been so busy between baking for a HUGE order (100 bags of cookies…so much work!) and attempting to finish my college applications before my best friend Sarah from Canada comes to visit for Winter Break. Today though, I just woke up and thought of how good the things I have to stress about are.

I stress about baking, which I love, so I really just stress about getting it done, not the actual process of doing it. And if I really think about it, college applications are pretty exciting. Yeah, they’re a bit of the pain in the butt (I never though I would have to write my name and birthday so many times) but it’s COLLEGE. This is the first step of the rest of my life. Jeez, that sounded cliche, but you know what I mean. 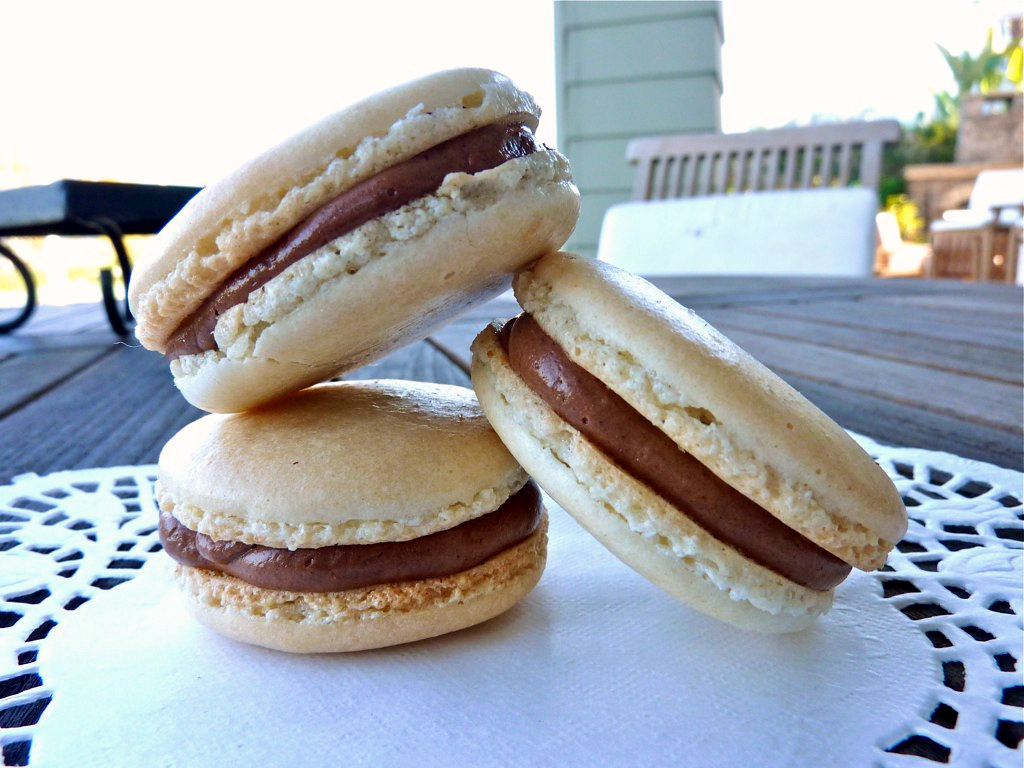 Another reason today’s been so great?? Well, I had an AMAZING baking day yesterday! I made the best little doughnuts, they were so good and so so cute. Don’t worry, they’ll be posted really soon. But I took a Twitter poll and people wanted to see the French macarons first. Yes. You heard correctly. I MADE FRENCH MACARONS. They worked. The first time. I’m magical!

Just kidding, I’m not. I think I’m just lucky. The first pan that went into the oven only rested on the counter for about 10 minutes because I read in a few places that it didn’t make a difference whether you let them sit or not. Well, it obviously does because that first batch completely deflated me. I had ugly, cracked, footless macarons. Ew. No one wants those. But as I sat on the couch feeling bad about my ugly cookies, my second batch just chilled on the counter…doing whatever it is that makes macarons work. Because when I remembered the second batch and stuck them in the oven with my fingers crossed, the came out with feet, with flat tops, with beauty. My cousin Sami was over and she can attest to the screams and jumping that happened when I saw my little princesses coming out of the oven in all their glory. Such an exciting moment!a

So, here’s proof: let them sit on the counter for AT LEAST an hour before sticking them in the oven. Worked for me, so it’ll work for you, right? 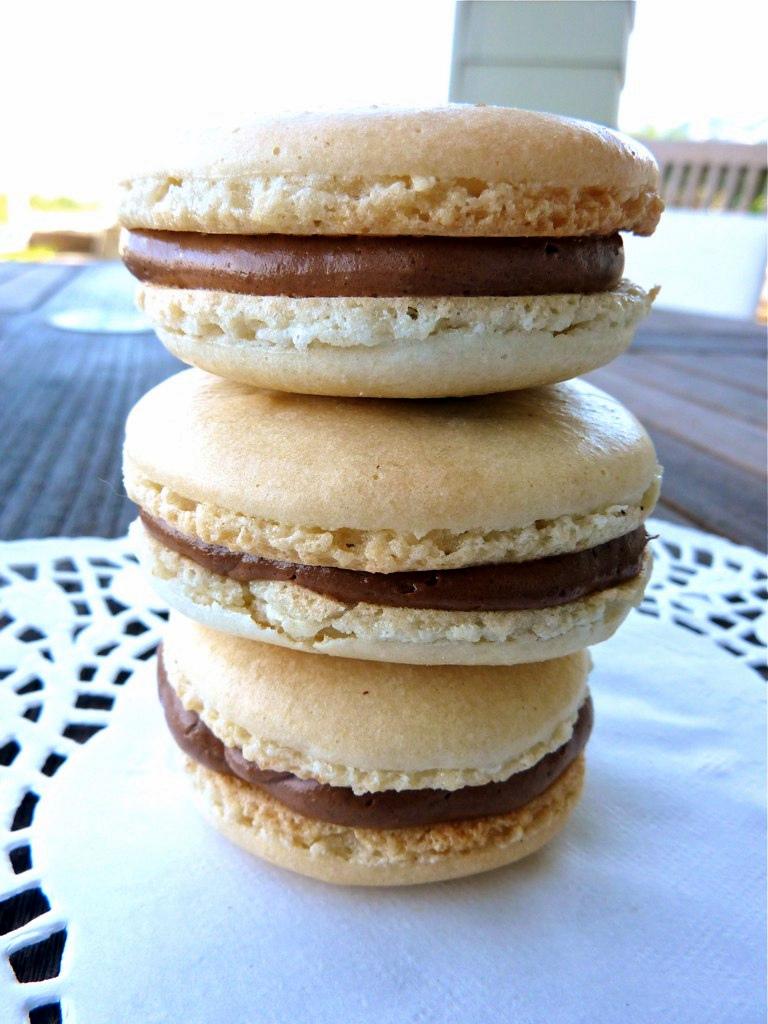 These things were a pain in the butt, but the excitement of getting them right is totally worth the kitchen covered in almond flour, powdered sugar, and batter. Seriously. These cookies are totally PMSing. You better treat them right or they are NOT going to do what you want them to do (Sorry for the awkward analogy boys…but it’s totally true). Anyways, if you haven’t yet, I suggest you try making them. The sense of accomplishment you feel is amazing. Do it do it do it! I actually am excited to make another batch to try some pretty colors and flavors!!

Of course, for my recipe, I went to the one and only Macaron goddess herself: Tartlette. She knows what she’s talking about. I used the basic recipe with my vanilla sugar and filled it with a chocolate french buttercream. Yummy! Go try them if you’re feeling ambitious today!

For the french chocolate buttercream

For the french chocolate buttercream

vegan STRAWBERRY LEMONADE TART! 🍓🍋✨ this b

time for all the MUFFINS! 🧁✨ I did a roundup

weekends are always better with BROWNIES ✨ this

gf + vegan BLUEBERRY CRISP TART for all your MDW d