These Mini Baked Chocolate Cake Doughnuts are so delicious, and so easy, you’ll absolutely love the chocolate flavor and wonderful texture. 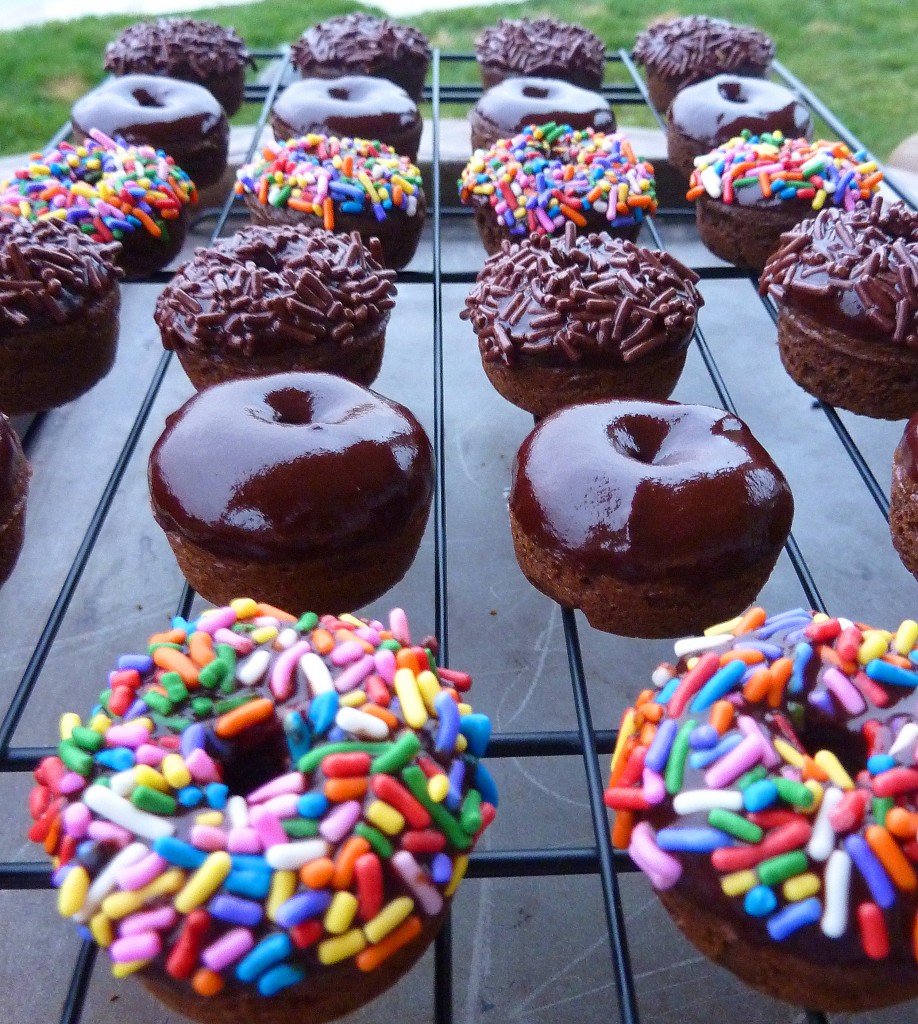 I was quite the funny little kid. Quite the weird one as well. I was definitely…unique. I hated clothes, and when I say hated, I mean HATED. I was always naked. My parents were worried about that aspect of my personality. They used to find me sitting on the curb outside of our house waving at the passing cars…with no clothes on. Maybe some underwear if they were lucky. It was embarrassing to say the least. I was also super fussy. I hated pretty much everyone except for my mom and nanny until I was about three. I wouldn’t eat anything except for bread, artichoke, fruit, pasta, and chicken. Oh, and candy and baked goods of course. You could say I had a pretty horrible diet.

However, despite it all, I was still a pretty funny kid. I was pretty cute too, if I do say so myself. The best part? I was totally one of those kids who had no idea that what they were saying was so stupid. One time when I was probably 4 or 5, after hearing the word ‘comedian’ on T.V., I thought I would be all smart and call my dad a comedian when he tried to be funny. Well, turns out I heard wrong and said “Oh my goodness Dad, you are such a chameleon!” So, that whole being sarcastic and clever didn’t work out so well for my back in the day. My dad still brings that up on a regular basis and pretty much everyone who knows us has heard that story at least once.

My dads favorite story about me though? Definitely the nut story. One day, in an attempt to make me eat better, my dad said to me “Rachie, what’s your favorite nut?”

Looking for the typical almond or peanut, he smiled and waited for my answer while I pondered the possibilities. Then I looked up at him and earnestly said, “Well, a donut!” I was sufficiently pleased with my answer. They were obviously the best kind of nuts. I didn’t even know what was wrong with that answer. I mean, it had nut in the name so it was a nut, and their was no arguing with that.

To this day, my parents still make fun of that moment and claim that as the moment they knew I would forever be addicted to sweets. They were so right.

I also used to get this doughnut that was like…a beast. It was pretty much the Hummer of doughnuts. It was bigger than my head. But I used to eat the whole freaking thing. I loved that doughnut.

Now…these doughnuts I made. These are the Smart Cars of doughnuts! They’re so little, but so yummy! Another thing I love: super prime frosting to cake ratio. I never liked that about my giant doughnut…too much cake, not enough frosting. But these doughnuts? Perfection. The nutmeg may seem like an unusual addition, but it gives a flavor to these doughnuts that makes you want to take another bite. The chocolate glaze hardens into a smooth, fudgy topping. Yum yum. My dad tasted one and exclaimed “Okay, you need to open a mini doughnut store. Doughnuts are totally the new cupcake.” I totally agree. So go make these…you don’t even need a doughnut pan, I promise. 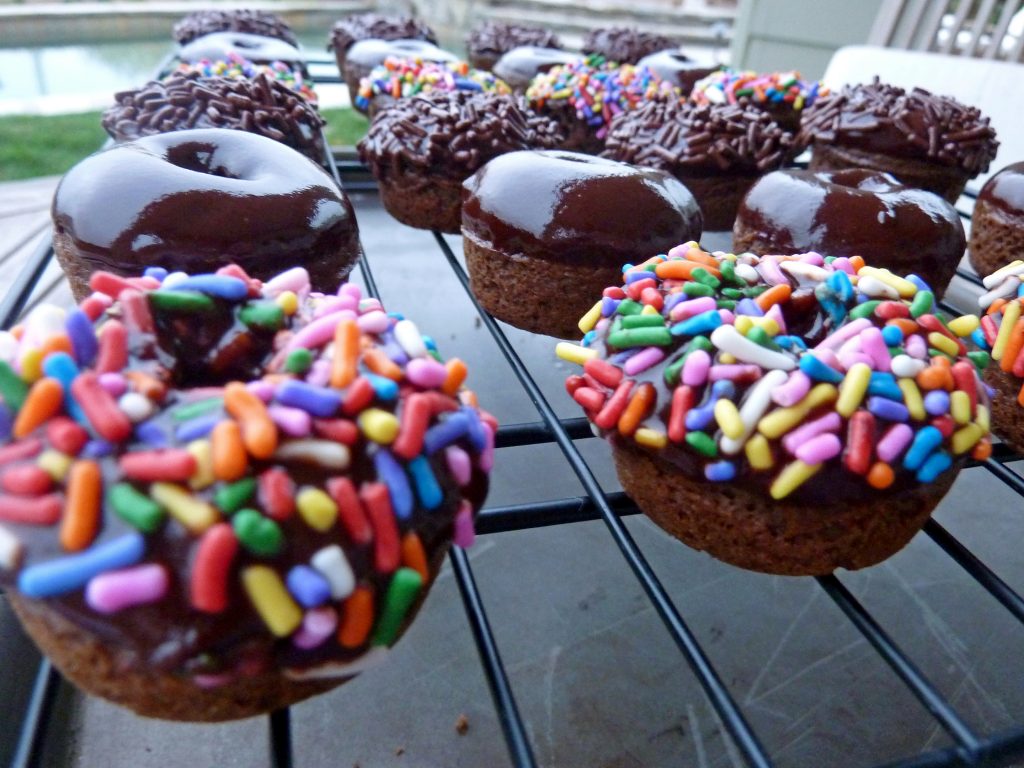 For the chocolate glaze

Recipe adapted from In Simone’s Kitchen