These Pecan Pie Blondies are a portable version of one of my favorite pies! The recipe for these sweet bars makes rich browned butter blondies topped with crunchy pecan pie filling. 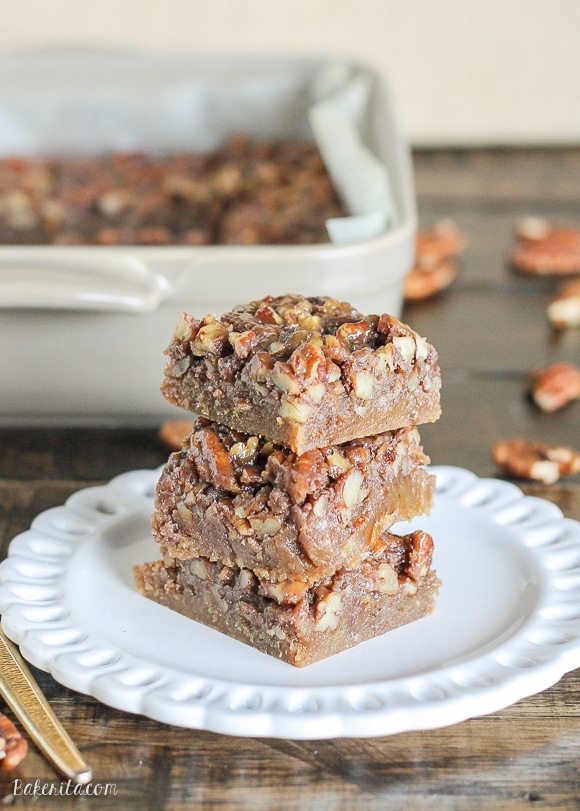 this recipe
I had planned on sharing a different recipe today, but after the reactions that these pecan pie blondies produced, I had to share them with you as soon as I could, or it just wouldn’t be nice of me.

Yesterday, I urged my roommate Ally to try one of these pecan pie blondies, giving her my description: “the brown butter blondie base you love, topped with maple pecan pie filling”. She’s tried pretty much all of the baked goods that I’ve made over the past few years, and so she’s a pretty good judge of comparison and her reactions help me be able to call something absolutely amazing. I don’t know if she was expecting much, but as she took her first few bites, there was moaning and a definite teary eye. 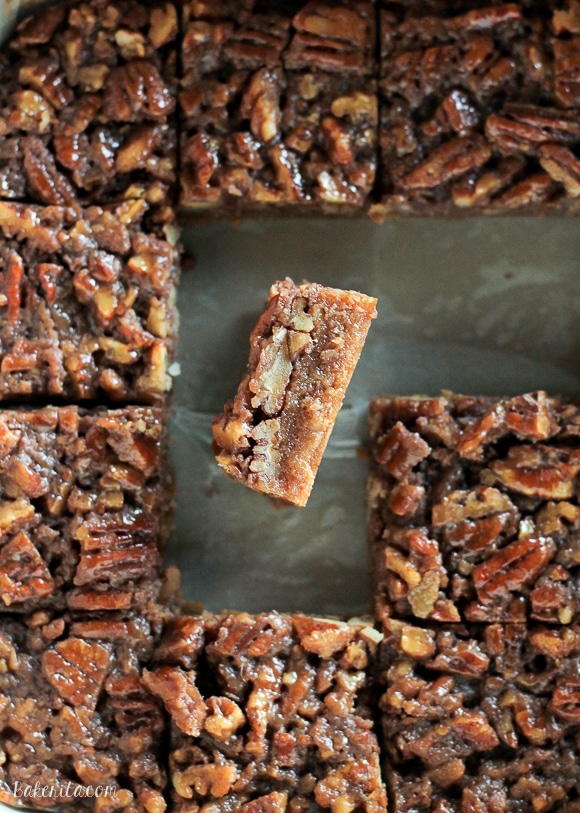 I wouldn’t say many baked goods will bring people to tears, but I’d say that gives these a pretty damn high review. She brought them to work with her yesterday (not before setting a few aside) and word is, these also got a BIG thumbs up from her coworkers.

They are, I must say, pretty magical. The base of these bars are the brown butter blondies. I love this recipe because it’s a whole bunch of 1s – 1 stick butter, 1 cup flour, 1 cup brown sugar, 1 egg, 1 tablespoon vanilla. Easy peasy. To bring out that toasty, caramelized pecan pie flavor, I browned the butter. 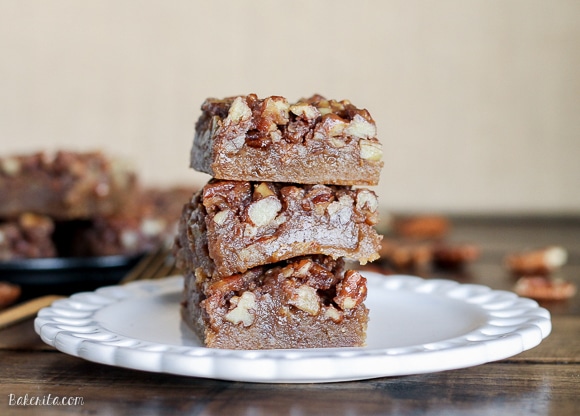 It’s such a simple step that makes such a difference in the final product. Brown butter was super trendy for a sec, but in my book, it’s never going out of style because it’s soooo gooood. It makes anything you use it in much more rich and flavorful.

The pecan pie layer comes next. I used a mix of brown sugar and maple syrup to give it a little flavor dimension, and the addition of cream helps it bake up to be almost caramel-like. 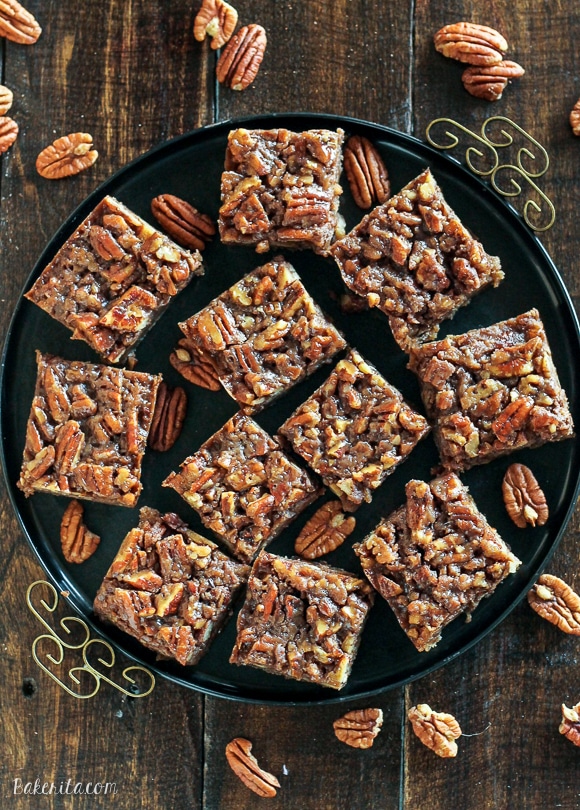 These taste pretty darn similar to pecan pie when you bite into them, except instead of crust, you have those incredible chewy brown butter blondies holding everything together. The pecans add just enough crunch.

These Pecan Pie Blondies would be a nice departure from Pecan Pie on Thanksgiving if you’re feeling a bit non-traditional, but they’d be delicious any time of the year when you get a pecan pie craving. I know this is a recipe I’ll definitely be making again. Enjoy! 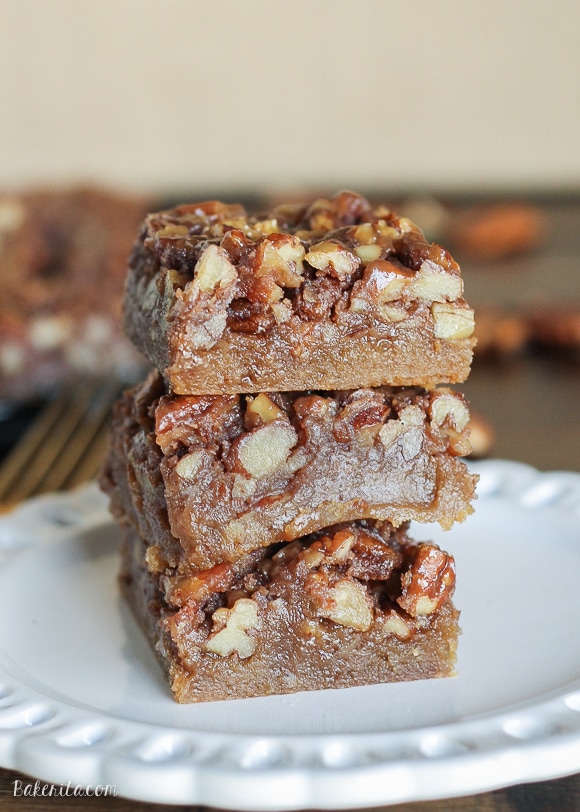 For the pecan layer