These Peanut Butter & Jelly Cinnamon Rolls are a delicious twist on a classic breakfast treat. These cinnamon rolls are filled with peanut butter and jelly and topped with a peanut butter cream cheese frosting. This will be the best PB&J you’ve ever had! 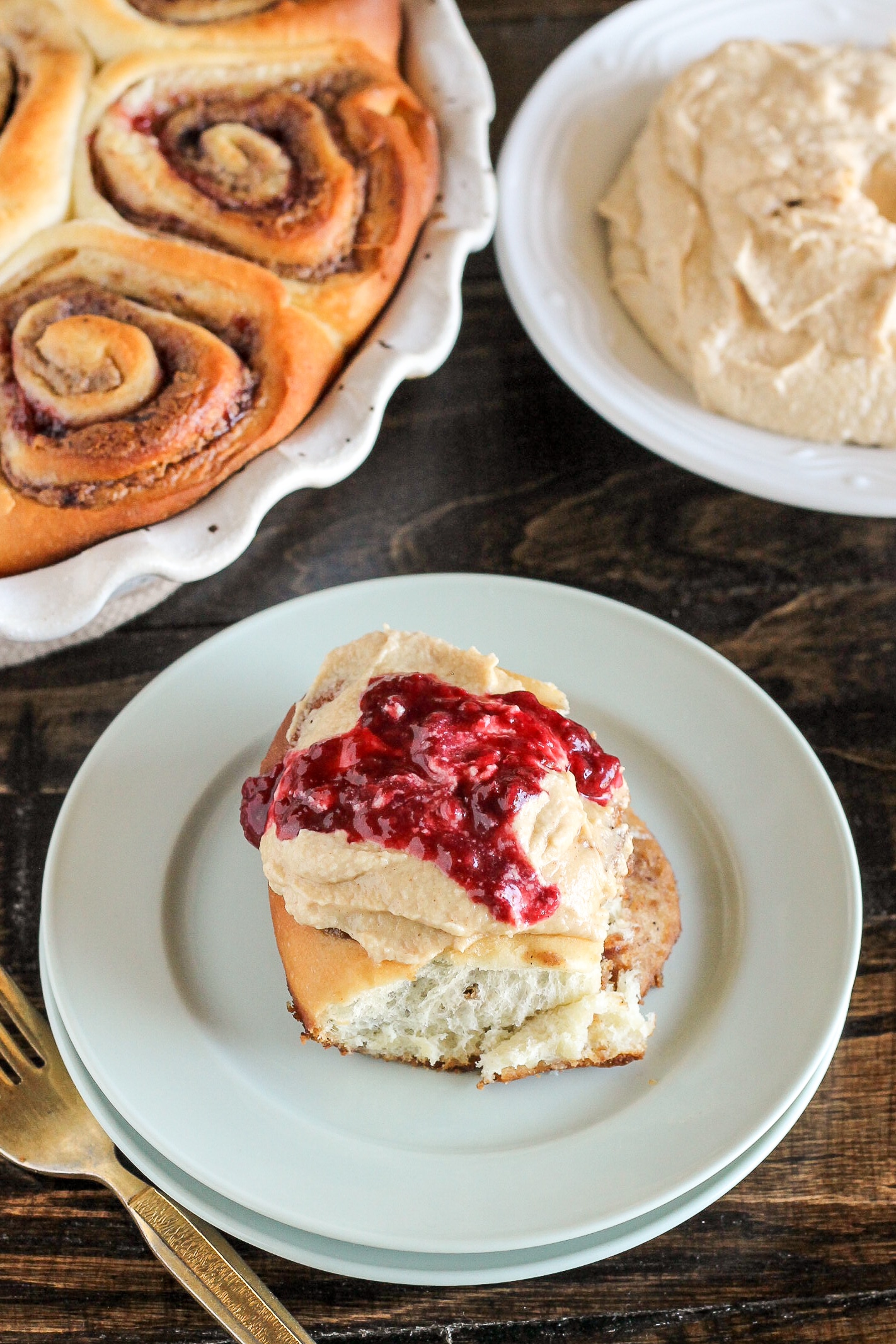 This post is in partnership with Delish.com! Click here to read the post on their site or skip straight to the recipe. Be sure to look at all the other absolutely drool-worthy things they got going on over there!

As all the kiddos head back to class, and I’m in my apartment, not starting classes for the first time in 16 years, I had to make a treat to help me reminisce on the most iconic of school lunches of years past: PB&J! This nostalgic-inspired treat is one of my favorite twists on cinnamon rolls. Just let them rise overnight, pop them in the oven first thing in the morning, and you’ll have the scent of warm, gooey cinnamon rolls in place of an alarm clock. 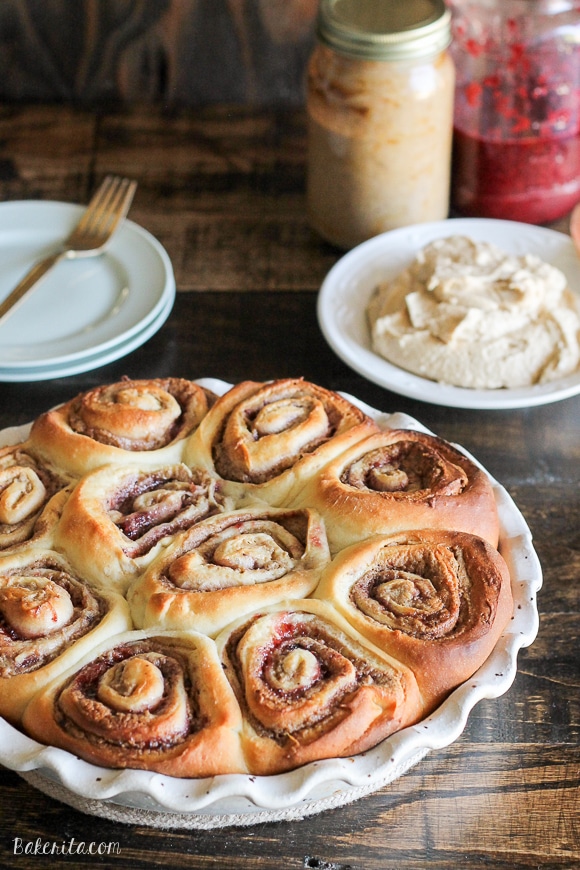 The yeast dough for this recipe uses instant yeast, which has become my favorite because you don’t have to stress out while waiting to see if it activates. Instead, you stir the yeast into the flour, add the hot liquid, and let the yeast work its magic. The dough will be pretty soft, but it’s easy to work with. Resist adding extra flour—you don’t want tough cinnamon rolls! 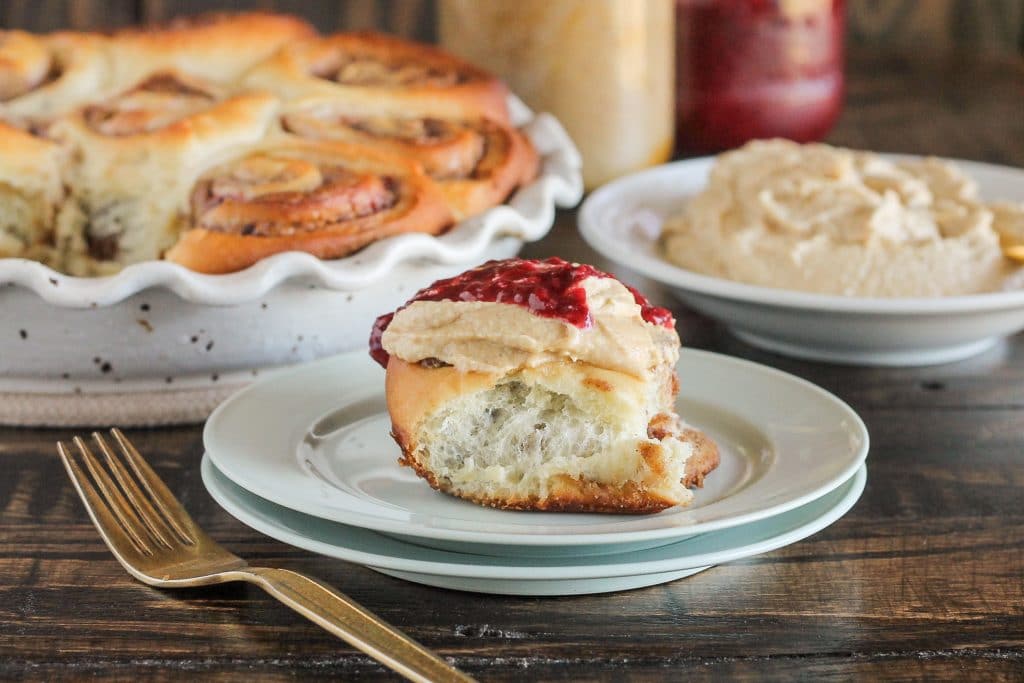 Once the dough has gone through it’s first rise, slather them with a mixture of cinnamon, peanut butter, and brown sugar. That gets topped with some jelly (use your favorite flavor) and then rolled into a log. Slice it up, put it in a pan, and let it rise again. You want your rolls to be nice, big, and fluffy!

While they’re in the oven, quickly whip up the peanut butter cream cheese frosting. Slather it on your warm rolls—and go! This will be the best PB&J you’ve ever had. Promise. 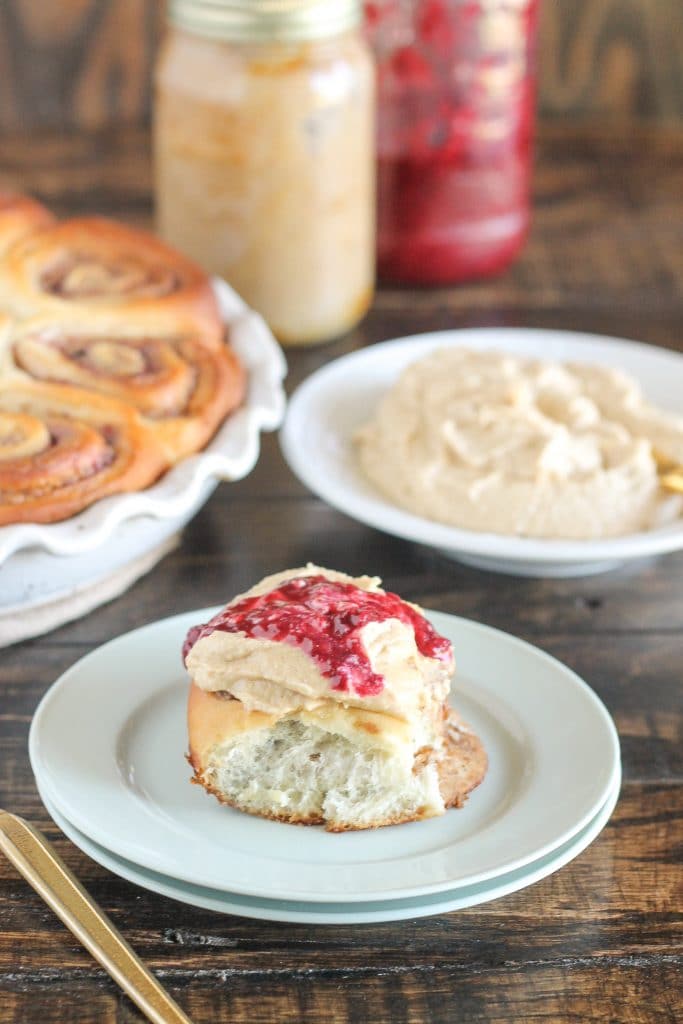