These Paleo & Vegan Snickerdoodles are some of the chewiest, softest cookies ever, with tons of cinnamon and a delectably crunchy cinnamon sugar coating. You’ll be making them again and again!

Normally, I make and post and recipe and then it becomes a staple that I make all the time (like these paleo chocolate chip cookies). These paleo and vegan snickerdoodles went in the opposite order though. I made them once…and they were perfection.

Then I made them again to make sure it wasn’t a fluke. And then Kyle ate them all, so I made another batch to bring to share with my sister Shaina at the MindBodyGreen Revitalize conference. Three batches, all within a week. 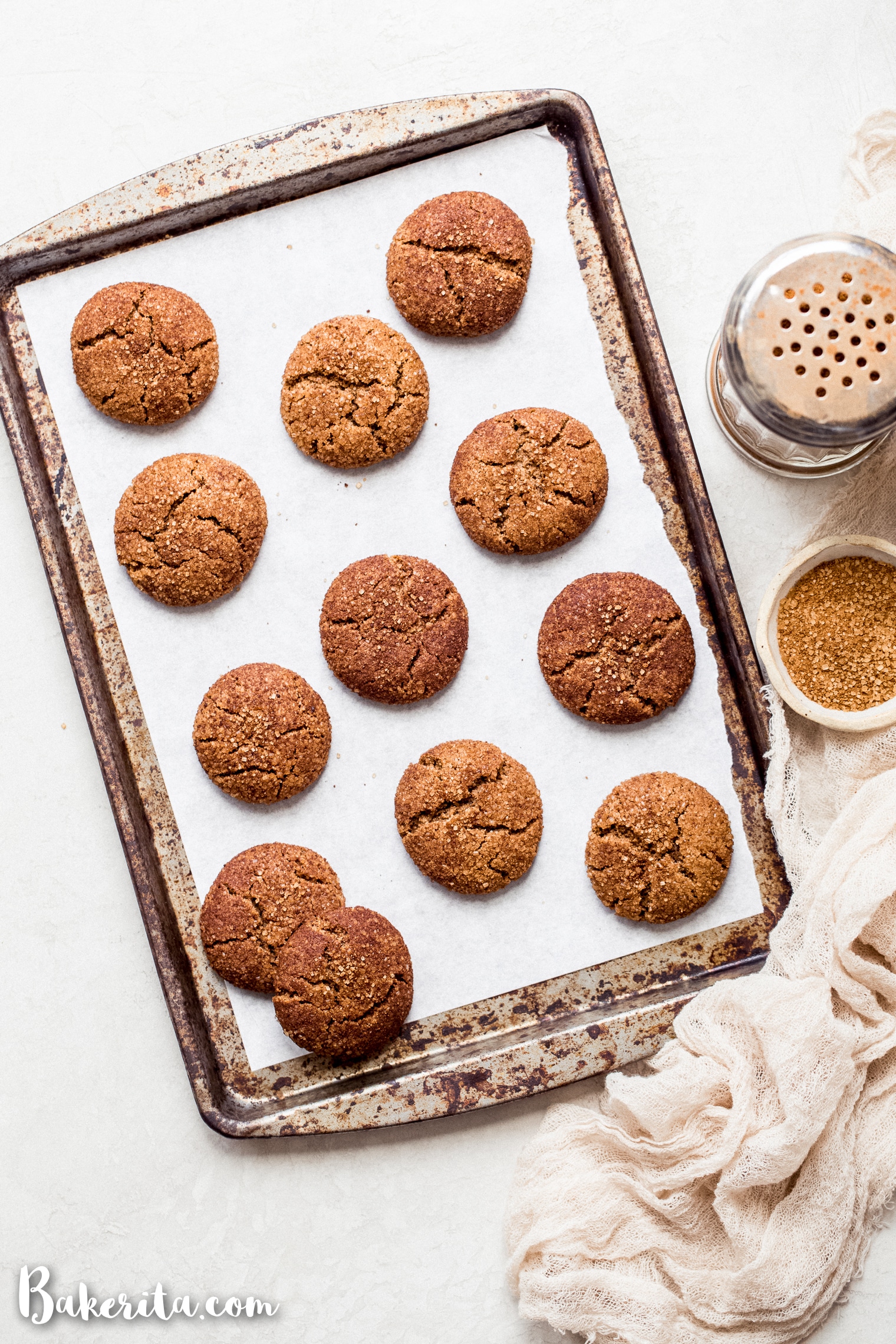 When I shared them with my sister and everyone else who was lucky enough to be sitting with us at breakfast on Sunday morning, they got rave reviews…and that was after traveling across state lines with me and sitting in a container for 4 days.

Kyle’s already asking for another batch, so you know these will be in my future again soon. Now that I’m sharing the recipe, I hope they’ll be in YOUR future too. 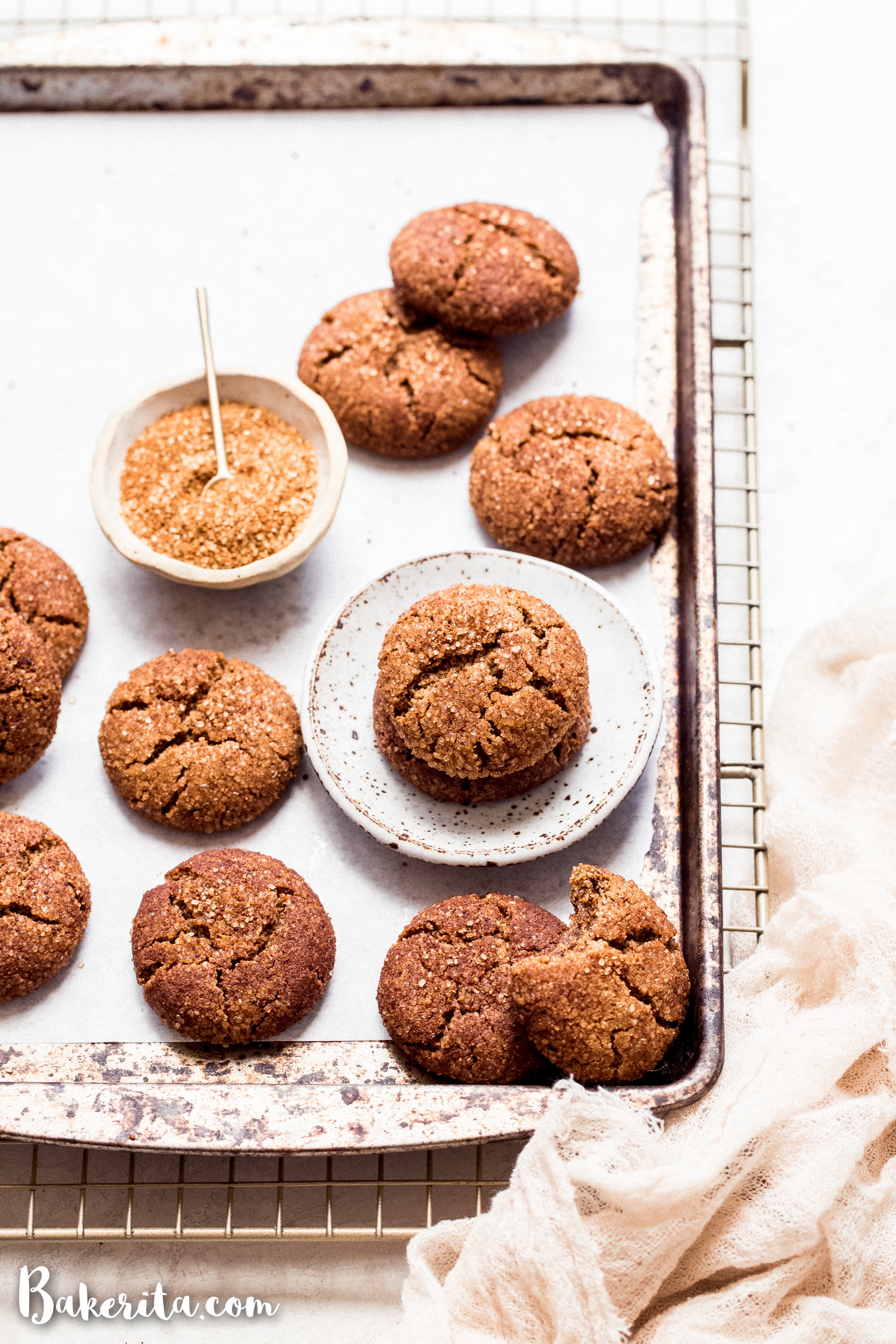 One of the reasons these cookies are so soft is the combination of fats. In addition to my usual go-to coconut oil, these also include some cashew butter. I prefer cashew butter because it has the most neutral, buttery flavor, but another nut butter like almond would also work. The nut butter also provides some structure to the cookies.

We mix the fats with coconut sugar to sweeten and then use a flax egg and vanilla extract for flavor. I haven’t tested them with a regular egg, but substituting with one egg should work well. 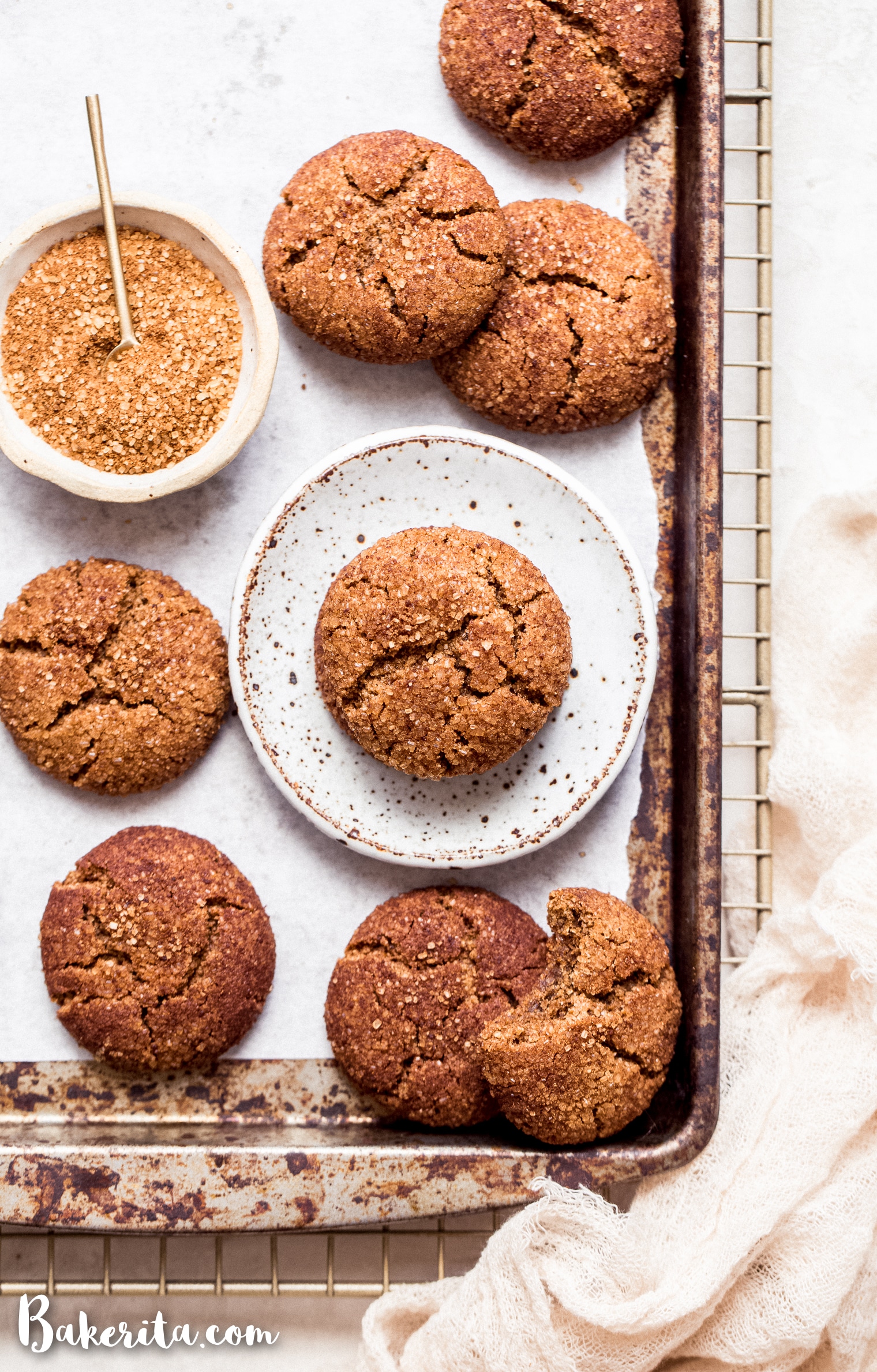 For the dry ingredients, we use a mixture of blanched almond flour and cassava flour! Together, they create a delightfully soft and chewy texture. Of course, they also have a hearty dose of cinnamon, too, along with baking soda and salt!

While the dough chills, we mix together the outside coating. I used raw turbinado sugar for extra crunch and texture, mixed with a whole lot of cinnamon. You could use raw cane sugar or coconut sugar also – whatever you prefer. 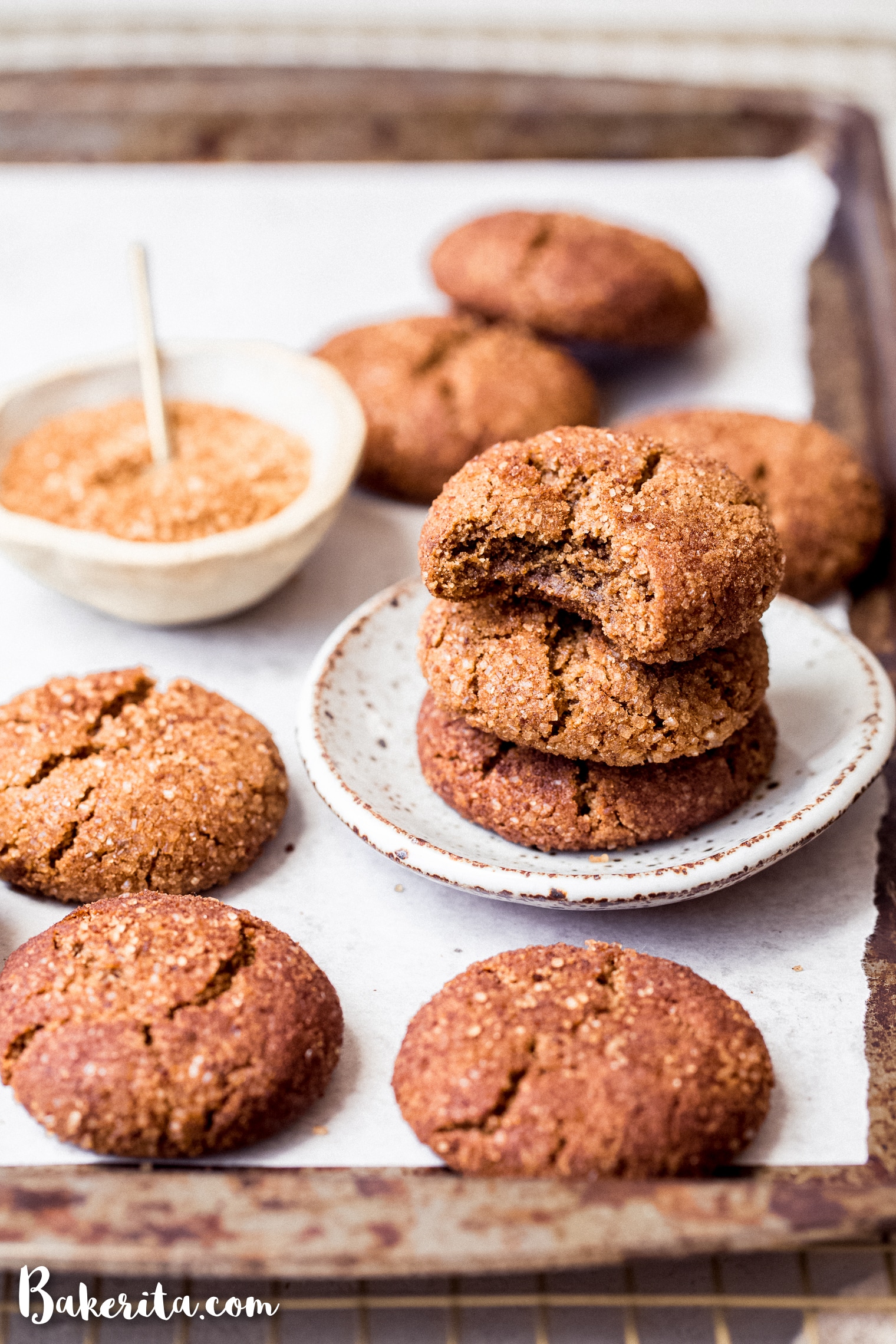 Once the paleo and vegan snickerdoodle cookies are baked, make sure you try one warm! They’re delightfully good. Soft, sweet, and loaded with warm cinnamon flavor. Not exactly a summertime recipe, but honestly, these are good all year round. Hope you love them as much as I do! Enjoy :D

P.S. I have another paleo and vegan snickerdoodle recipe on my site too (linked here). They’re both so good, but this newer version is my new favorite! I find it a little chewier and richer than the previous one. Would love to hear your favorite version if you’ve tried both!! 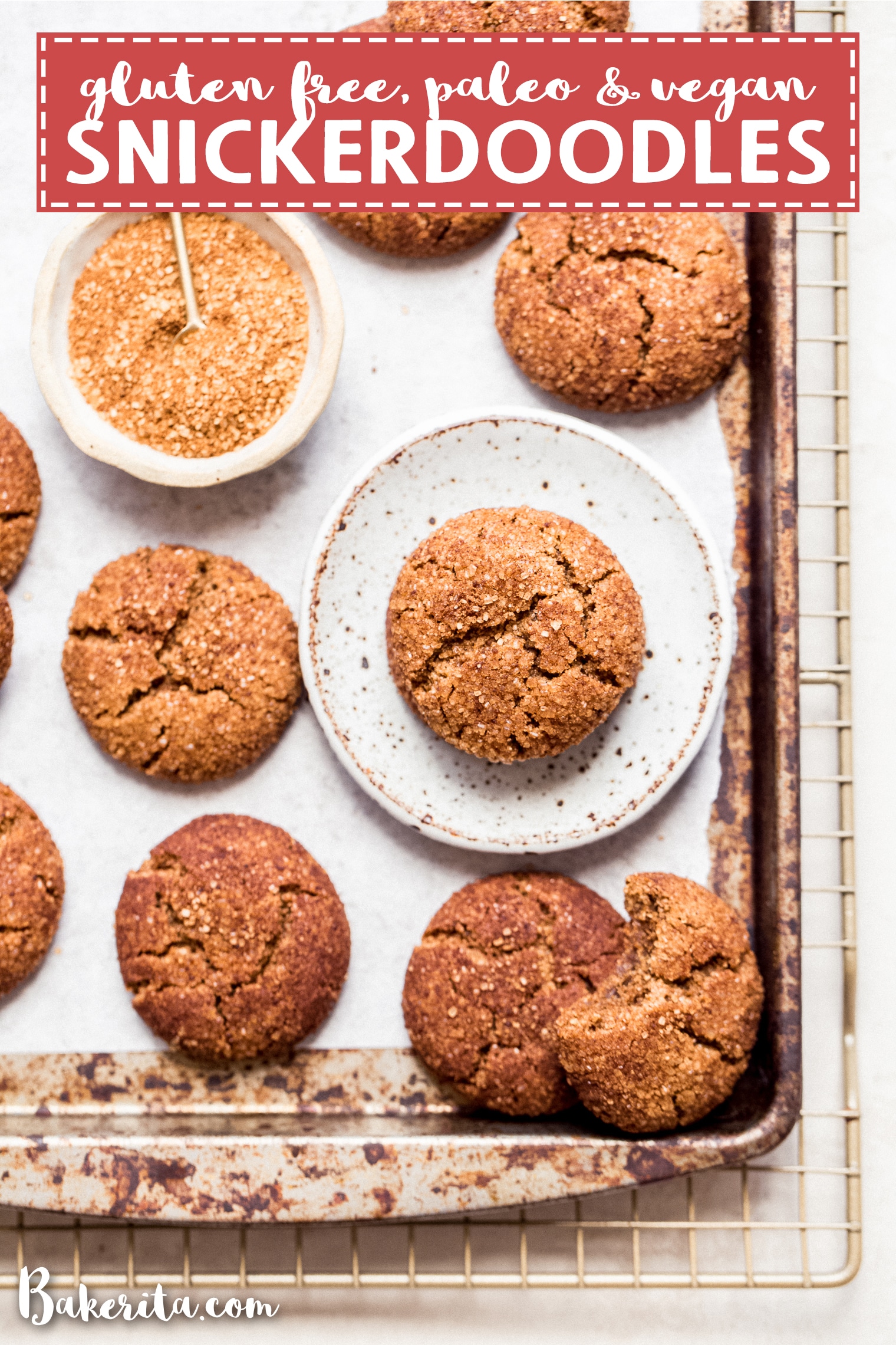 we’re ONE MONTH from PUBLICATION DAY of the BAKE

VEGAN CREME BRÛLÉE ! ⭐️✨ get out your blow

VEGAN CHOCOLATE TRUFFLES ! ❤️💕💖 for your

Monday. Who else needs a slice of CHOCOLATE CAKE ?

let’s start the week off with LEMON CAKE 🍋☀