These Vanilla Bean Greek Yogurt Cheesecakes with Blueberry Compote are lightened up, but they’re just as creamy and flavorful as traditional full-fat cheesecake. The easy blueberry compote takes this gluten free and refined sugar-free dessert over the top!

I could do happy dances in the sunshine about how excited I am for Spring, and soon enough, summer! Not that we’ve had much of a brutal winter here in San Diego, but it has been abnormally rainy.

I’m definitely ready for the sunshine to come back…that’s one of the reasons I moved back to California, after all. We had some nice 78°F weather the other day, so I think it’s fair to say that the sunshine is returning. 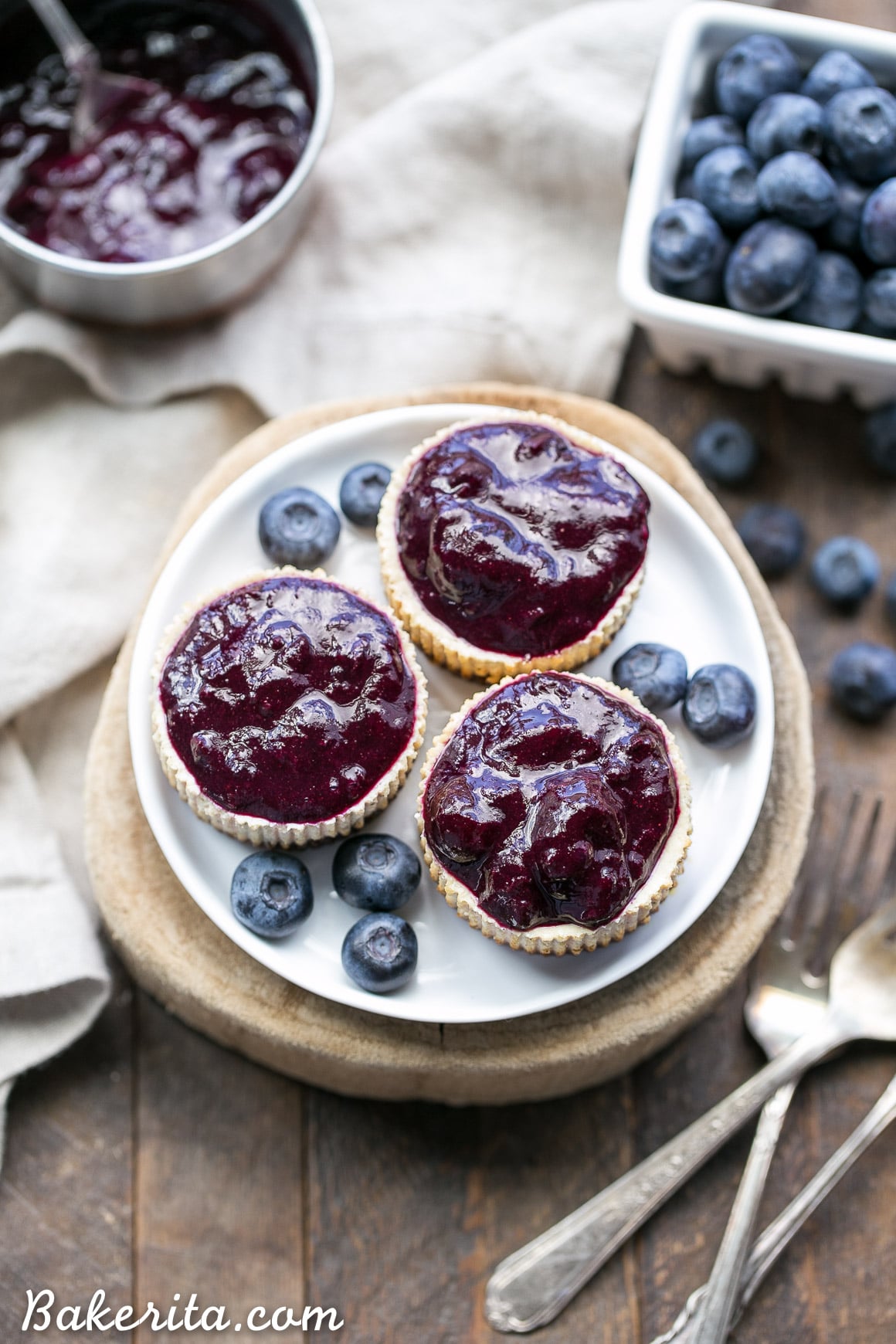 With the sun comes the return of some of my favorite produce – summer squash, rhubarb, and berries galore. I can find fresh berries at the farmers market year round (#blessed), but during the sunny months, they become way more delicious and way more affordable.

When that happens, I stock up and just about everything in my kitchen becomes berry-topped. It’s hard to resist a treat topped with beautiful, juicy berries – don’t you think? 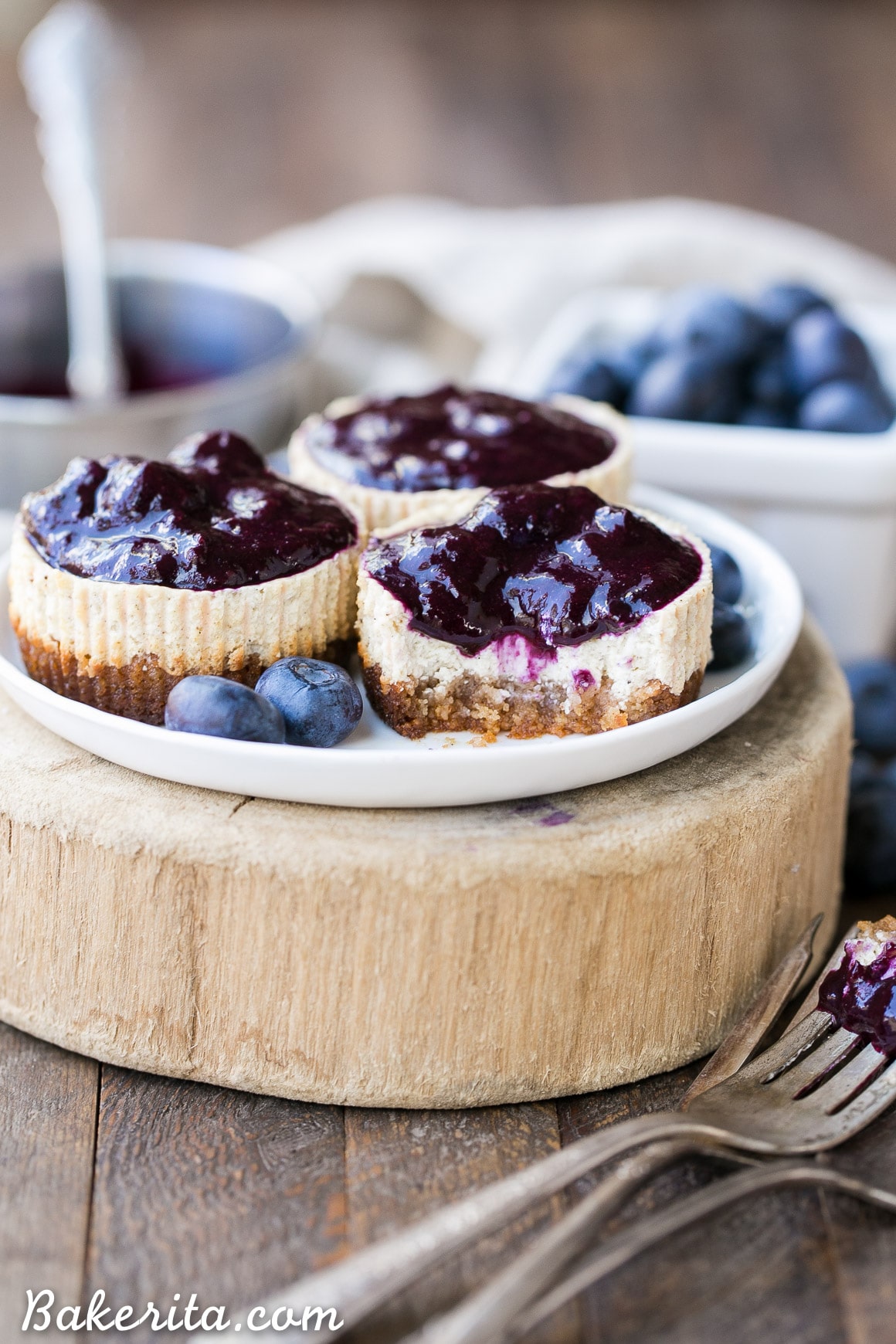 These Vanilla Bean Greek Yogurt Cheesecakes with Blueberry Compote were made with some of the first blueberries of the year, but because the compote is cooked down, fresh isn’t necessary. Until blueberry season is in full swing, frozen is just fine to use.

These little cheesecakes are definitely the perfect vessel to highlight the blueberry compote, but they’re also delicious enough to stand on their own. These vanilla bean cheesecakes are a lightened up version of regular cheesecake, with light cream cheese and Greek yogurt replacing the regular full fat cream cheese. 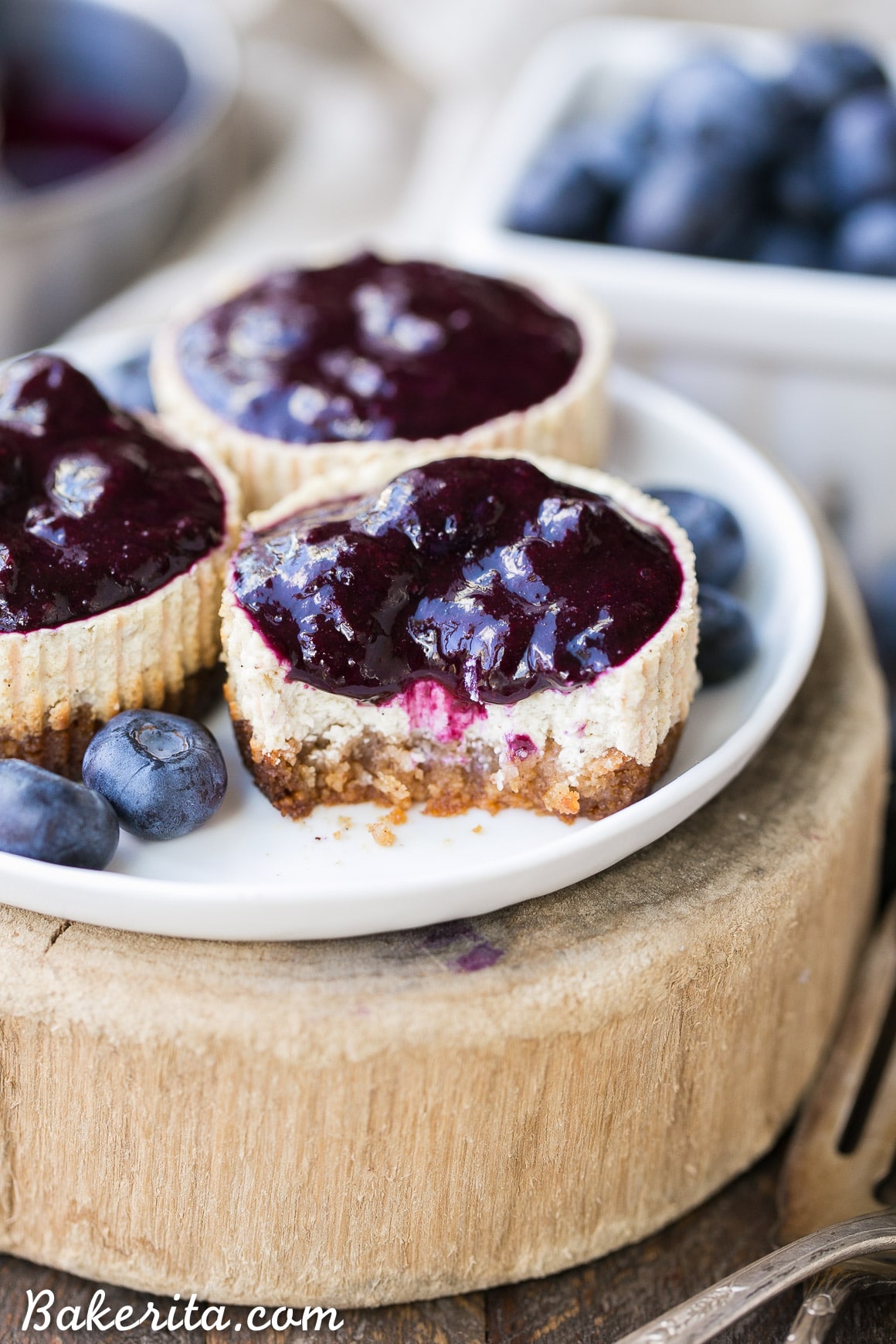 Despite the lower fat content, these mini cheesecakes are still incredibly creamy and smooth. They’re just barely sweetened with honey, and flavored with vanilla – I adore the little vanilla bean specks, and the warm vanilla flavor is perfect against the tanginess.

The crust, made with almond flour, honey, butter, and cinnamon, tastes eerily similar to graham cracker crust. It works perfectly with the smooth cheesecake and the blueberry compote. 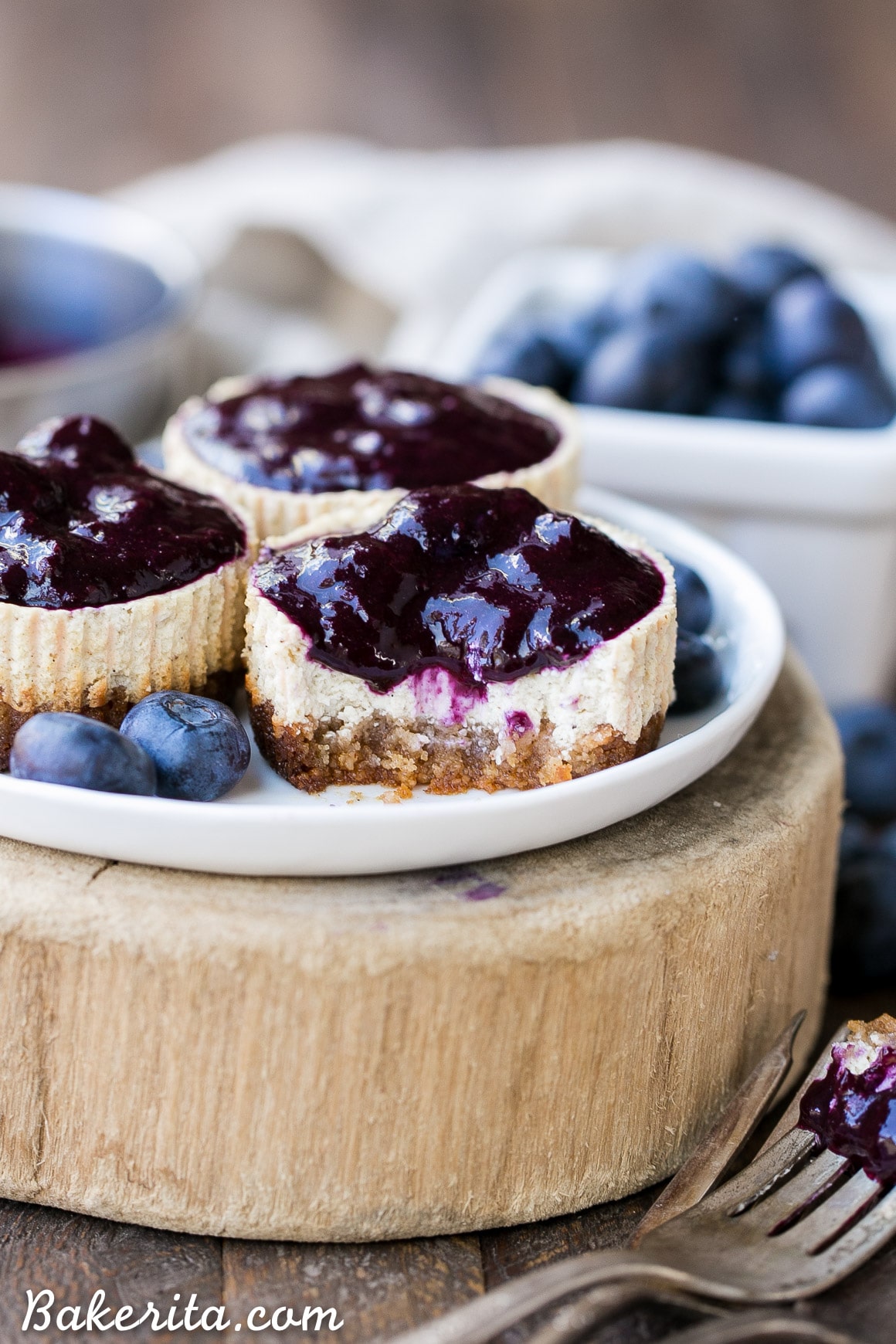 Sooo, as soon as you can get some delicious blueberries in your hands, I recommend a batch of these Vanilla Bean Greek Yogurt Cheesecakes with Blueberry Compote makes its way into your kitchen. They’re incredibly smooth, creamy, tangy, fruity, and delicious. And isn’t everything better when it’s mini? :) Enjoy!

These Vanilla Bean Greek Yogurt Cheesecakes with Blueberry Compote are lightened up, but they’re just as creamy and flavorful as traditional full-fat cheesecake. The easy blueberry compote takes this gluten free and refined sugar-free dessert over the top!

For the blueberry compote