These Dark Chocolate Macadamia Nut Magic Bars are a sweet & gooey dessert bar with a hint of tropical flair. You’ll be hooked after one bite of the gooey vegan caramel and buttery macadamia nuts on a gluten-free coconut lime crust. 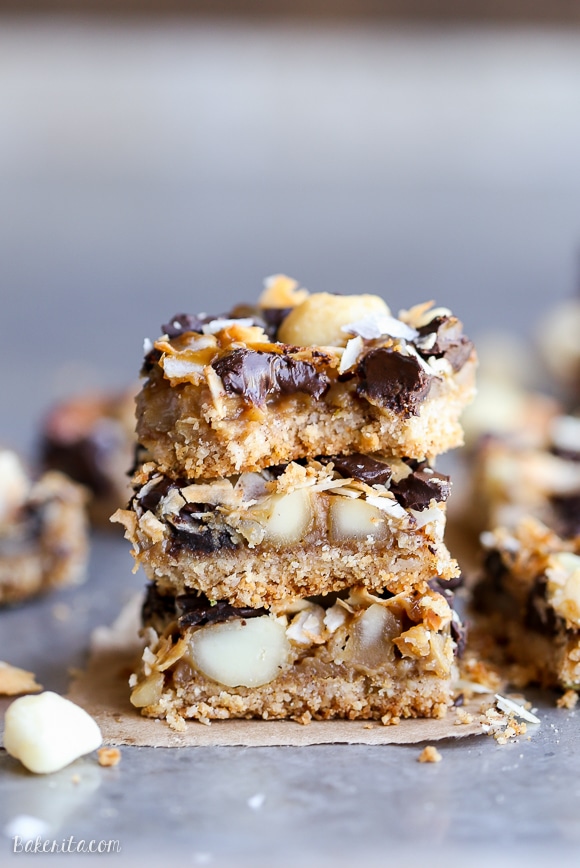 this recipe
Oooh boy, this has been a week FULL of chocolatey goodness! I had actually planned on sharing a different recipe today, but after I perfected these bars yesterday and had some people asking for the recipe on Snapchat (add me –> bakeritablog), I decided to just bite the bullet and share them now while my excitement over these beauties is still super fresh. As in, I may or may not be intermittently eating a bar as I write this, so my gushing over this treat is spot on.

These are inspired by one my all-time, like since I was a baby, favorites – magic cookie bars. Traditionally, magic cookie bars (also sometimes called Hello Dolly Bars, or Seven Layer Bars) have a graham cracker crust, sweetened condensed milk, walnuts, chocolate chips, butterscotch chips, and coconut. They are SO good and they’re always a staple during the holidays. 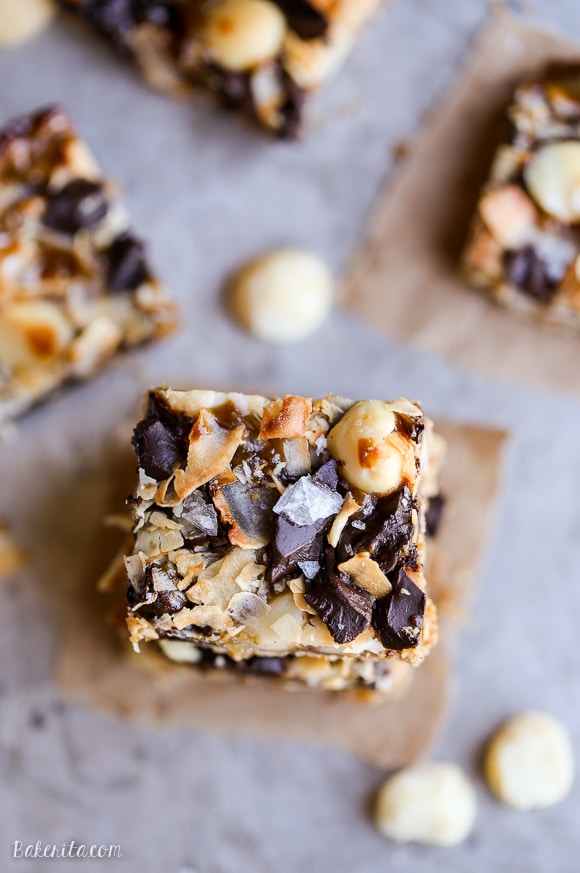 A few years ago, I healthified the bars by making them gluten-free, vegan, refined sugar-free, and Paleo-friendly. These Paleo Magic Cookie Bars were a huge hit and they definitely rivaled the original. Ever since I made them, I’ve been wanting to play around with the recipe a little bit.

Soo, I took a little inspiration from my recent trip to Costa Rica, and I added a bit of tropical flair. The crust has a hint of coconut and the zest of a lime, which adds a nice brightness when you take a big bite. For the topping, I stuck with dark chocolate chunks, big buttery macadamia nuts, and flakes of unsweetened coconut. 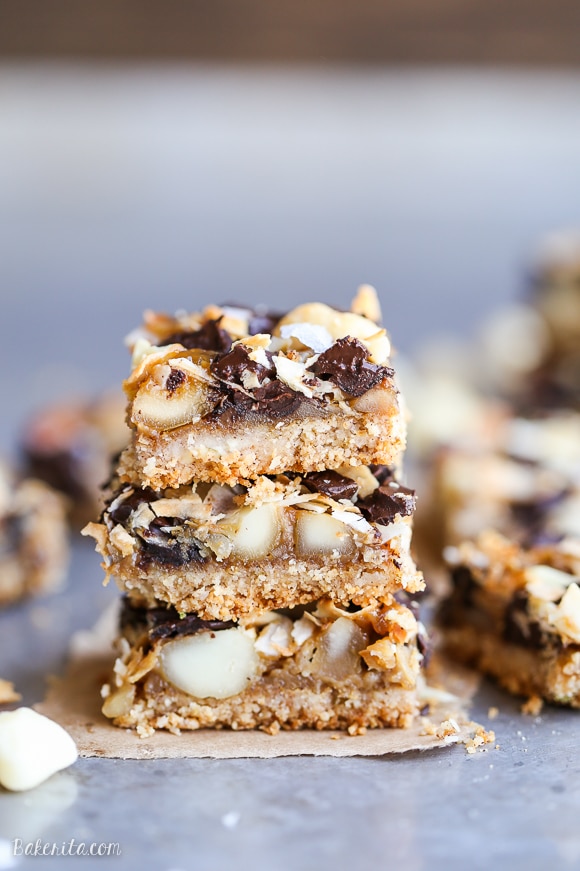 All these gorgeous toppings are piled on the homemade vegan caramel, which is made out of coconut milk and replaces the sweetened condensed milk in the original recipe. It does take a bit of time, but the rest of the recipe can be assembled while the caramel is on the stove, simmering away. The resulting caramel is thick, sweet, and absolutely perfect – it tastes just like non-vegan caramel.

Once the caramel is poured on the crust and topped with the chocolate and macadamia nuts and coconut, it’ll be baked until golden and bubbling. As tempting as it is to cut into them immediately, if you want the crust to stick together, let them cool completely before cutting into them. If you can refrigerate before cutting, even better! 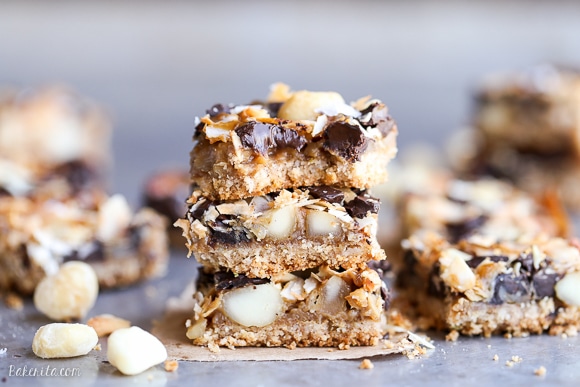 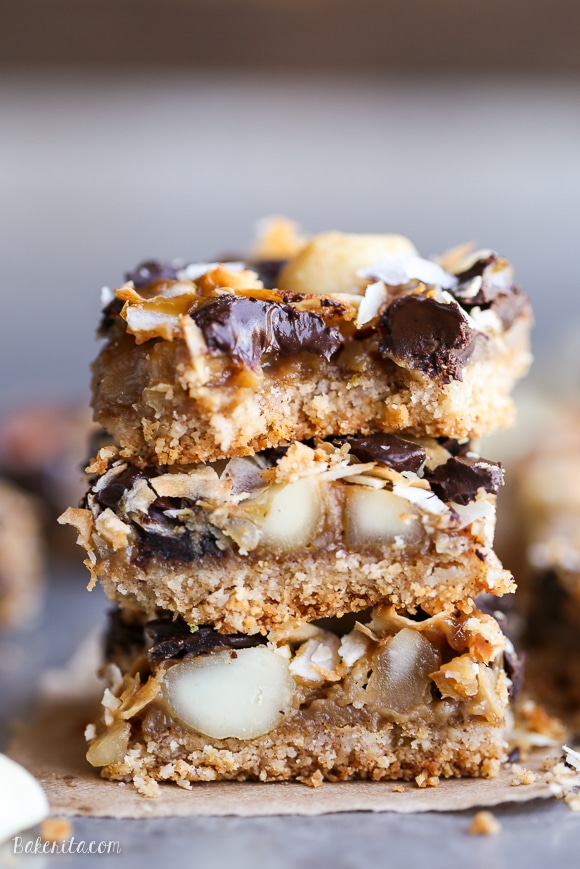 These are what my gooey dessert dreams are made of and I guarantee you’ll be surprised that these bars are gluten-free, vegan, refined sugar-free, and Paleo-friendly. Enjoy!

For the coconut milk caramel