This Coconut Cream Pie is rich, creamy, and super coconutty. It will satisfy your most intense cream pie craving! 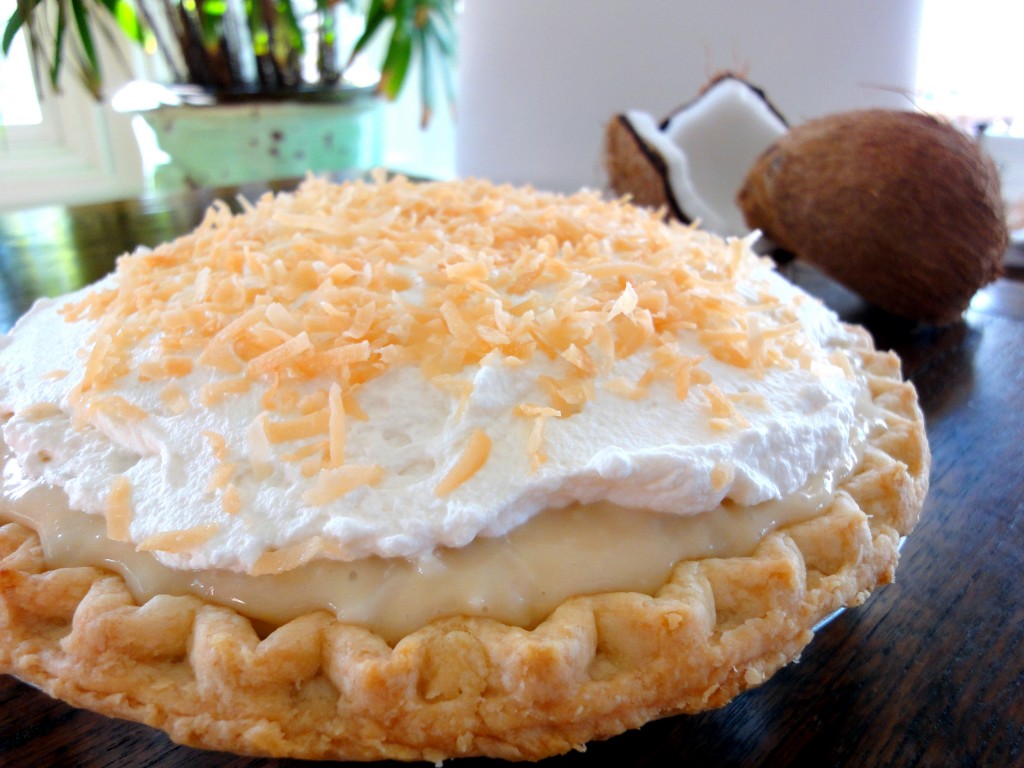 this recipe
Happy Pi Day! Although today, being March 14th, is actually a math-oriented day that takes me right back to the pi-digit reciting contest in 7th grade, it’s also become a baking day. A baking day for the ever-popular treat of pie! It was only today, thinking about what pie I should make during AP European History class (sorry Mr. Greenstein…) that I realized I had never even posted a pie on here! Obviously, that needed to be rectified as quickly as possible.

I played out the possibility in my mind. First was the kind of pie. Fruit, custard-based, chocolatey, or a nut pie. I decided on a cream pie, mostly because I had never made one before and thought it was something I should do. Also…I really like cream pies. Guilty as charged. I seriously considered making Love And Olive Oil’s Cookie Dough Cream Pie. I’ve been admiring that recipe for weeks now, frequently stalking their site to admire that cookie-dough goodness. For some reason though, I felt like I should do something more traditional for Pi Day. *Bing!* Coconut cream pie, of course. I have a weird obsession with coconut and it seemed like the perfect pie to make for today. Firstly, I had never made one before. More importantly, I HAD NEVER TASTED ONE BEFORE! Sorry…didn’t mean to shout but really?! It seemed crazy even to me. Also, having never tasted one before, I wouldn’t be able to tell if mine actually sucked compared to the real thing. 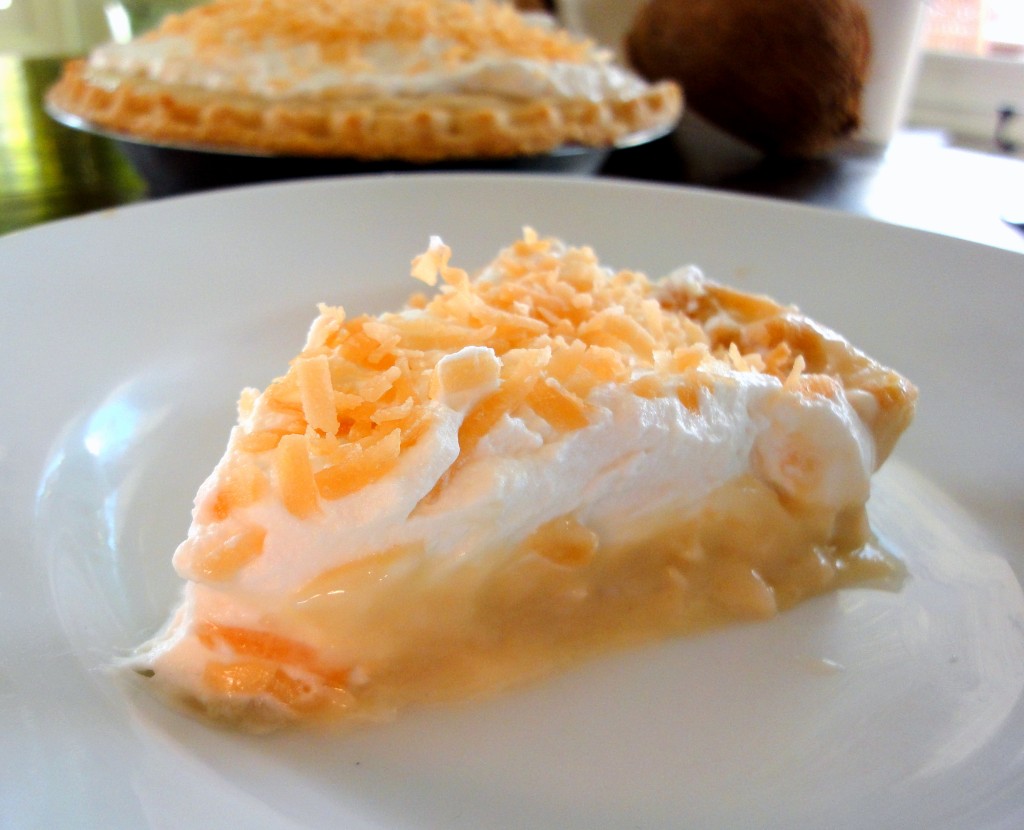 So, after getting home, I hemmed and hawed over recipes, wondering which one to try. Then I thought, screw it! I’m making my own recipe. I used quite a few recipes as a general “guideline” to know what the right basic ingredients and amounts were, but I used what I had on hand and whipped it right up in the microwave, praying and giddily cheering after taking it out and realizing my custard had thickened up just beautifully. I was on pie cloud nine. Licking and whisking, licking and whisking My custard was awesome! I threw in a whole pack of coconut in there too, just for good measure. The results? Amazing. Perfect. Delightful. Better than I could have imagined! (Especially used a store-bought pie dough. Ah, don’t judge me! I usually do homemade, scouts honor, but I was under strict instructions for Dad not to make a mess of the kitchen!)

Even having never tasted coconut cream pie, I know this is a good one. I’m certain! It was perfectly rich and creamy, not difficult to make by any means (you don’t even have to separate eggs!), and had just the right amount of whipped cream to custard. It was delightful for a coconut addict like me. You could probably even sell this pie on someone who didn’t like coconut, because the texture is pretty well disguised under all that custard (if they are anti-coconut texture, which most anti-coconut people cite as the reason they are anti-coconut. Sorry for using anti-coconut so many times in that sentence). Please, give this recipe a try! Create your own pie day. Heck, have a pie party! You can never have too much pie. 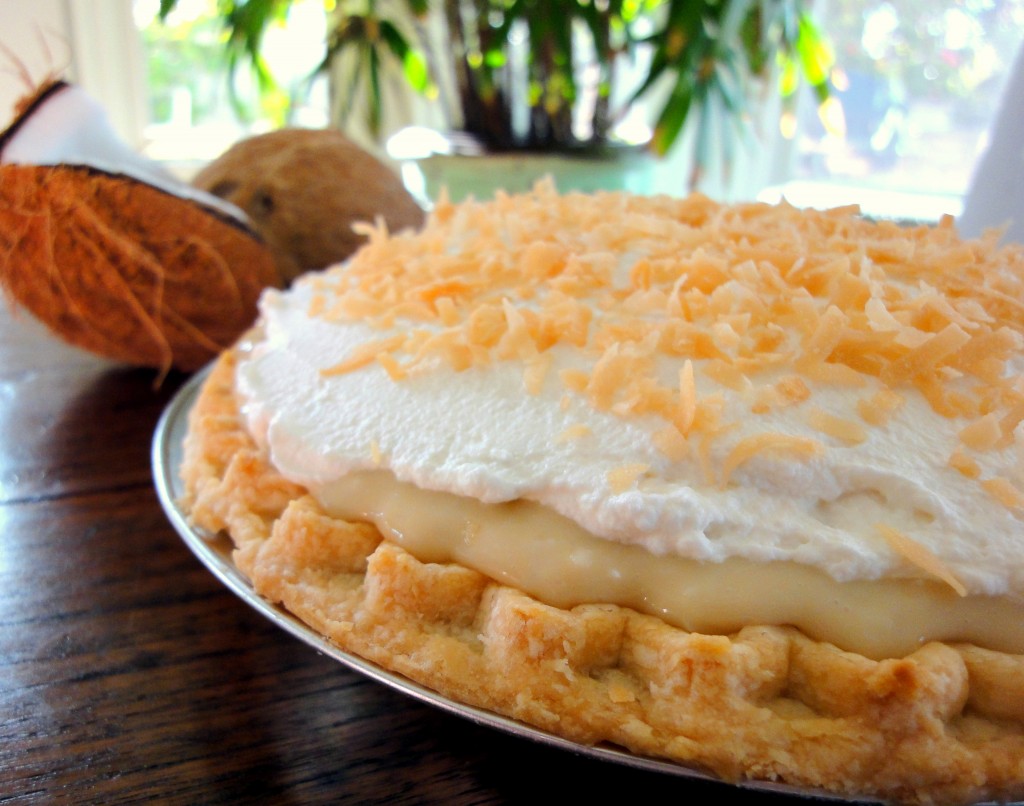