This easy recipe for Cheesecake Bars makes a simple dessert bar that is super creamy, so delicious, and is way easier than making a whole cheesecake! 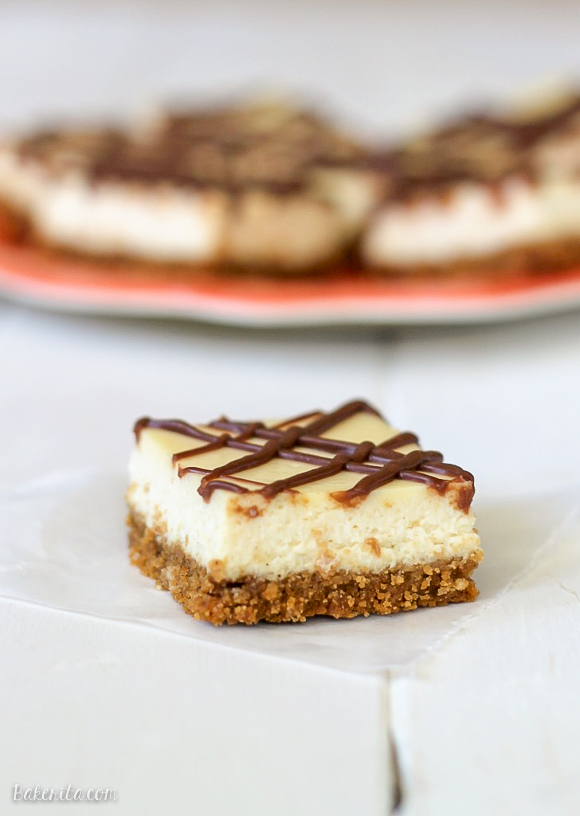 One hugely important lesson I’ve learned in baking is that patience really is a virtue. My goodness, how many times have I wanted to grab a spoon dig into whatever just came out of the oven, but not done it, because I knew I had to let it cool, and then take pictures, before I could have a bite? So, so many. The worst though, is letting things develop. You know, when things don’t taste nearly as good straight out of the oven, or how you have to let a mousse or pudding set before you can go to town? It’s totally the worst. I know, I know. I’m telling you how much it sucks, but in all honesty – once you get through the hunger pains and total exercise of willpower, it’s sooo worth it. 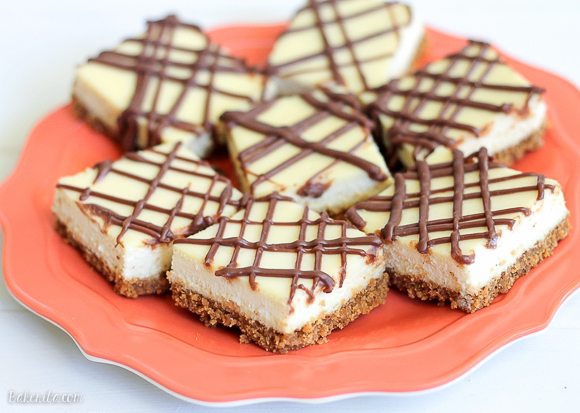 These cheesecake bars are a perfect example. I took them out of the oven, let them cool until the pan was touchable, stuck them in the fridge for an hour, sliced them up, and tried a sliver. I thought they were good, but not great, so I didn’t photograph them immediately, intending to give the recipe another shot. Back into the fridge they went.

A few hours later, my dad grabbed one from the fridge, came over, and declared it one of Bakerita’s Top 10 EVER. For someone who doesn’t love anything not dripping in chocolate and/or peanut butter, that’s a pretty big deal. Clearly, I needed to try them again. 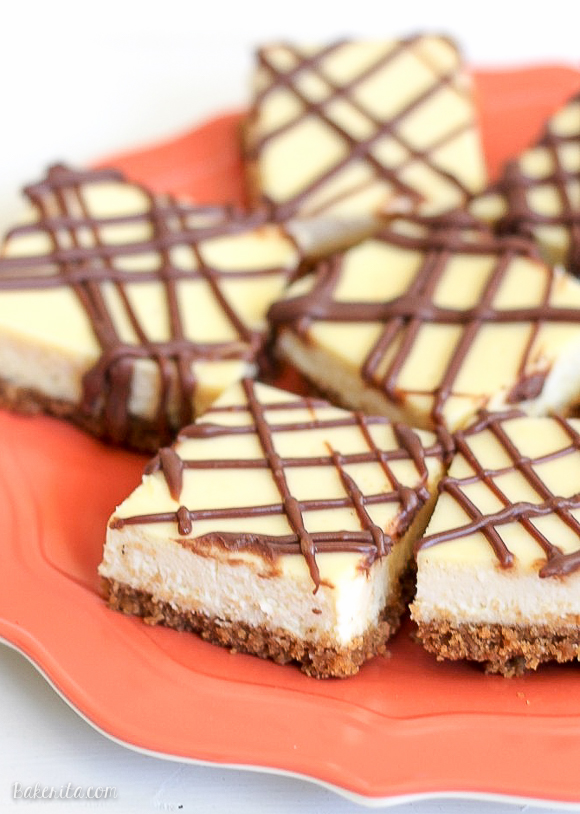 Oh my goodness, did these bars get better. After 4 more hours in the fridge, the crust got crunchier and the filling got so much smoother and creamier. The flavors somehow all melded together to make the bar 10x better than it had been an hour out of the oven. It was remarkable. So, if you’re going to make this recipe – which I highly recommend you do – prepare about 8 hours before you’re going to want your cheesecake. The wait is oh so worth it.