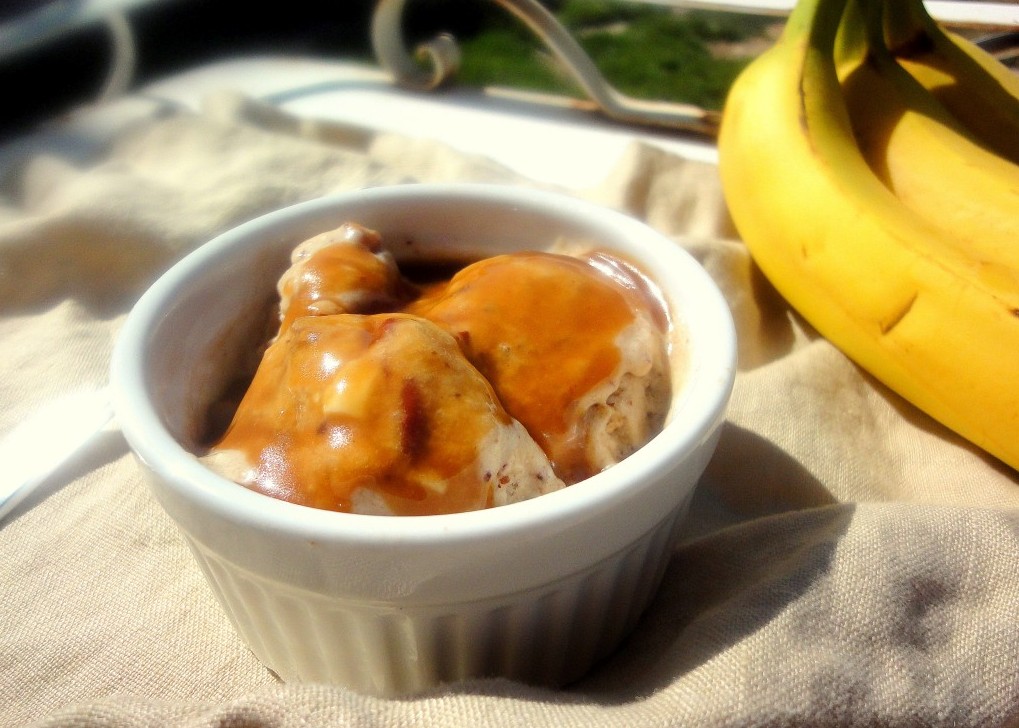 Summer has officially arrived here in San Diego. Since it shot past eighty today, I think it’s time for ice cream. I’ve always been intrigued by the concept that frozen bananas, when blended, have the consistency of ice cream, and I love to make some banana “ice cream” and layer it into a yogurt parfait for breakfast. However, I just purchased the “Baked: New Frontiers in Baking” cookbook from the famous bakery Baked NYC.

Needless to say, I’m obsessed. Since I’m still not feeling at the top of my game, I haven’t been baking as much, but I’ve sat on my couch flipping through the gorgeous cookbook and admiring every recipe I see. One that particularly caught my attention was the Banana Pecan Piloncillo Ice Cream, which uses bananas as the ice cream based, and is only enhanced by adding melted piloncillo (a Mexican cane sugar – usually in a cone shape) and toasted pecans.

Let’s talk piloncillo. I wanted it to work, I really did. I grated it up in my food processor, but the stuff did not want to lose its grainy texture when I tried to melt it down. I tried adding more water – but it wasn’t happening, and the second I took it off the heat it would seize up into a block. 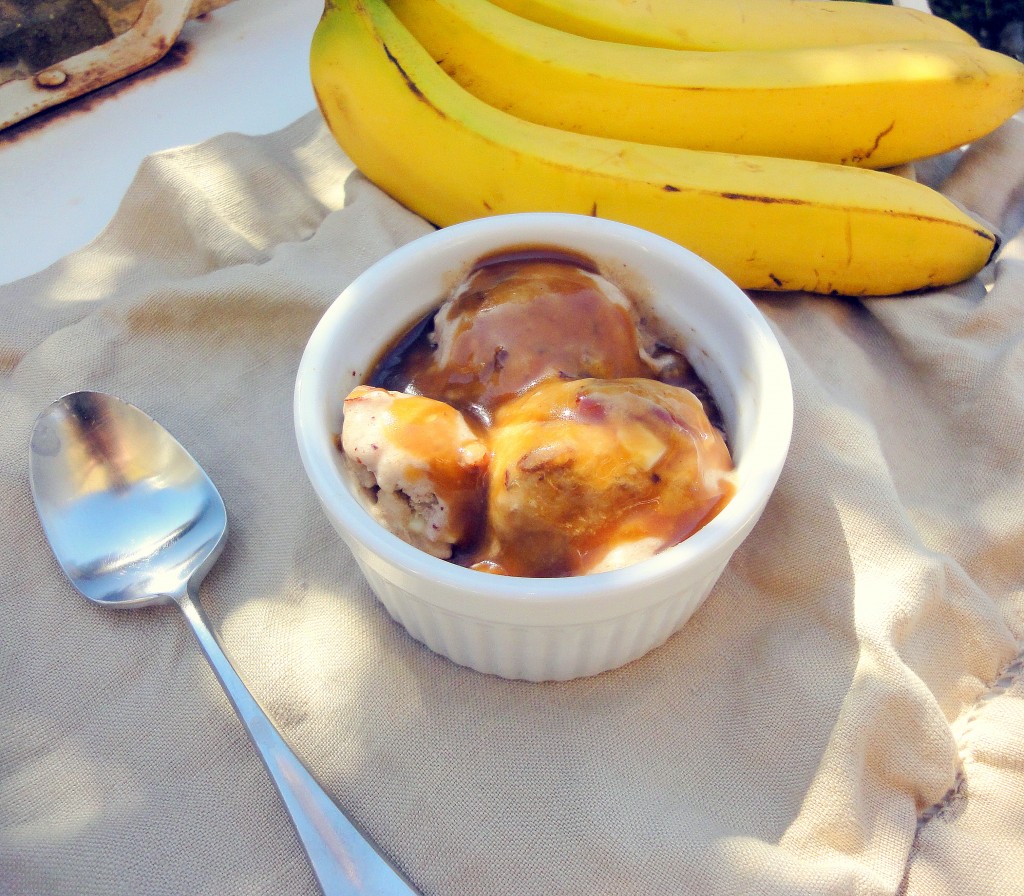 So, the piloncillo was abandoned and dark brown sugar was melted down, much more easily I might add, to be added to the ice cream. If you’ve ever made ice cream before, you’ll love the utter simplicity of this recipe. This will change your view of ice cream forever – it’s that good. It’s almost healthy! …Almost.

Be sure to make that caramel sauce though, it’s easy, delicious, and truly takes this treat over the top. 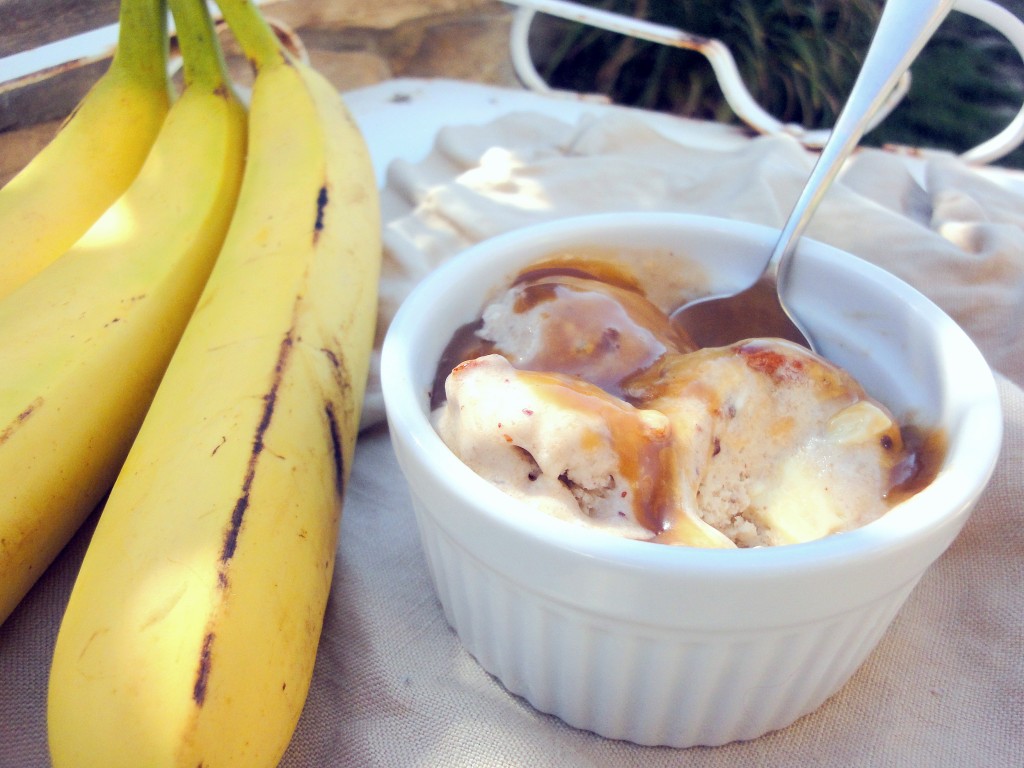 For the ice cream

For the ice cream