This Small Serving Apple Crisp is the perfect guiltless indulgence for when you don’t need an entire pan of apple crisp in the kitchen! It’s gluten free, refined sugar free, and vegan. 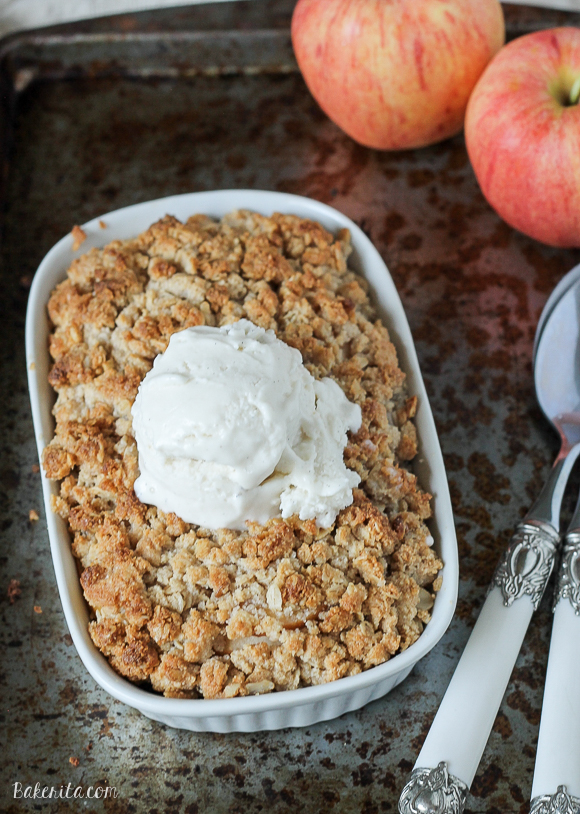 I never really know what to say when people ask me what my favorite dessert is, or what my favorite thing I’ve ever made is. I have over 250 recipes on Bakerita.com, and that’s not included all the desserts I made pre-Bakerita or the recipes that never made it up for whatever reason. There’s so many choices, and my answer changes way too frequently.

But, one dessert is always my kryptonite: apple crisp. I can never resist it. Something about the warm, baked, bubbling apples and that crunchy crumble topping does me in every time. Add a scoop of ice cream on top and I’m a goner. The way the cold ice cream melts down into the crevices of the crisp, adding a light extra sweetness and creaminess is totally irresistible. 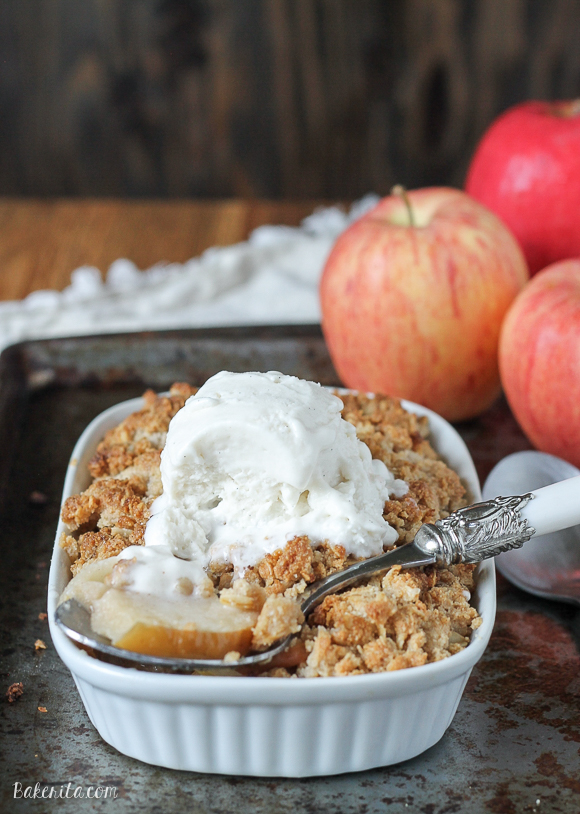 If it’s on the menu, it’s definitely what I order. However, apple crisp tends to be full of lots of sugar and butter and other delicious-making things, and when I want to devour an entire pan of the stuff, it’s usually not the most healthful option. But, apples are healthy – so why can’t an apple crisp be healthy too?

When I was having a craving for some apple crisp a few weeks ago, I decided to healthify my favorite dessert. I took out the refined sugars, gluten, dairy, and made sure it was vegan (as long as you use maple syrup instead of honey). The result? As delectable as the original!

The apples are prepared simply with just a bit of sweetener – your choice of honey or maple syrup. I used the already-sweet honey crisp apples, but if you use an apple that’s a bit more tart you may want to add a bit more than I used. All depends on your preference. 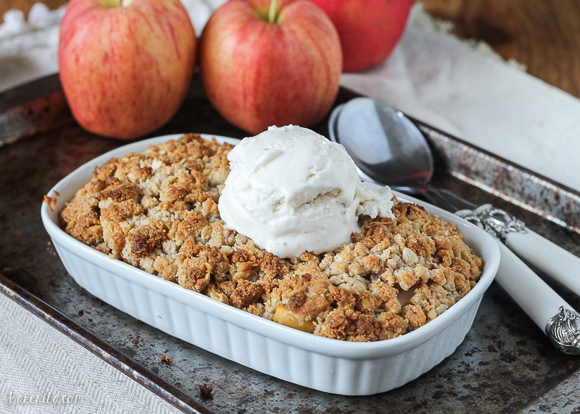 For the crumble topping, I used a mix of almond flour and oats with just a bit more sweetener, a little salt, and a little coconut oil. It’s super simple, and turns out crispy and crumbly, just the way I like it. You could also throw in some chopped nuts if you want a bit more crunch! The serving is pretty small, and is perfect to share between two or three people – or one if you’re feeling hungry :)

I topped mine with coconut milk ice cream, and I’m so glad to now have a recipe that will let me devour my favorite dessert guilt free with built in portion control. Enjoy!! 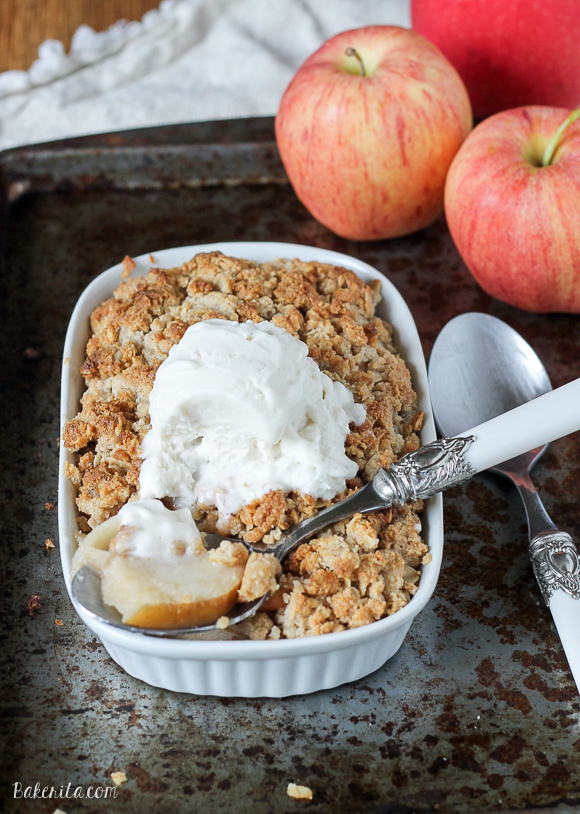 This Small Serving Apple Crisp is the perfect guiltless indulgence for when you don’t need an entire pan of apple crisp in the kitchen! It’s gluten free, refined sugar free, and vegan.

*Use maple syrup to keep vegan