this recipe
Today, we’re revisiting an old Bakerita recipe from waaaay back in 2011, when this blog was still a baby. I used a point and shoot camera to take some pretty subpar pictures of some pretty outstanding brownies and over the years, these peanut butter crunch brownies didn’t get nearly enough love. I recently rediscovered them and I figured they deserved a chance to shine.

These babies got reshot to show their beauty, but the recipe remains the same as the one I’ve been using since 2011. I made these for my recent college graduation party, along with my Blackberry Dulce De Leche Crumb Bars, Pistachio White Chocolate Chunk Cookies, Paleo Chocolate Chip Cookies, Chocolate Berry Tart, and a gorgeous buttermilk cake with strawberries and a fluffy creamy cheese frosting that sadly got devoured before it could be photographed. It was essentially a Bakerita’s best hits dessert roster, and these brownies were some of the first to go. 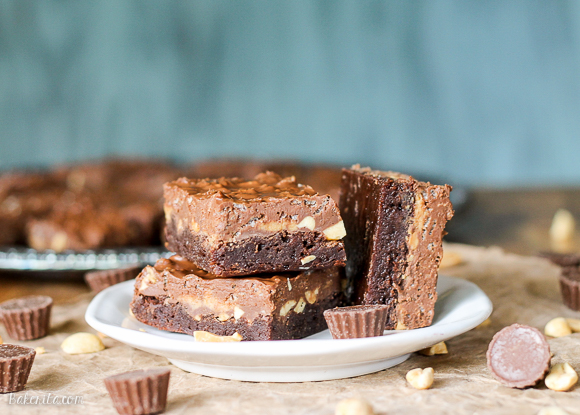 The brownie base is my favorite brownie recipe, scaled down so it’s a little bit thinner. These brownies are the richest and fudgiest I’ve tried, but at their full thickness, they’d just be a little too much with the decadent topping.

A few minutes before the brownies are done baking, you’re going to throw on some peanuts and chopped peanut butter cups and then let that melt onto the tops of the brownies while they finish off in the oven. 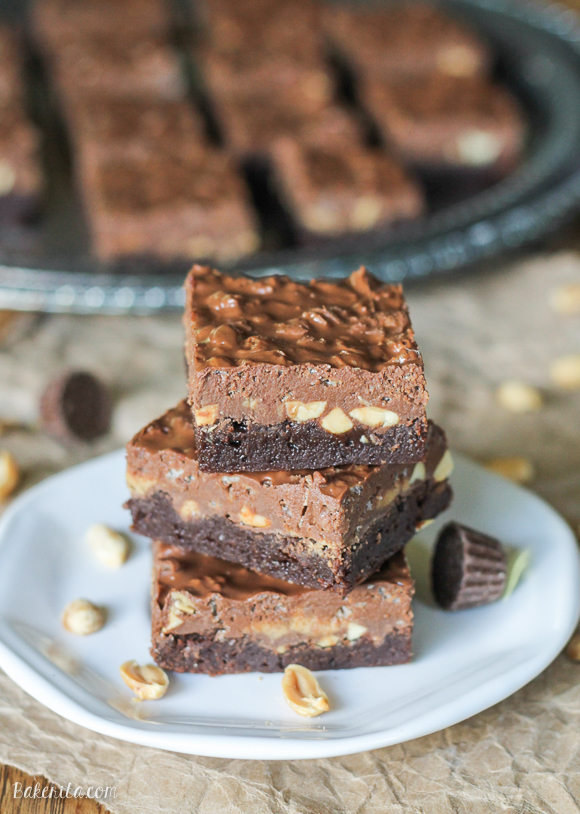 Once that’s all melted and the brownies are beginning to cool, a mixture of melted chocolate, peanut butter, and Rice Krispies cereal comes together. You pour it smoothly all over the tops of the brownies. And now, the hardest part: refrigerate for two hours before cutting.

These babies are going to be seriously hard to resist, but you must let them set up and cool fully before you try to cut them or you’ll have a huge mess on your hands. These brownies are also always better when they’re cool, and as much as my friends hate to have to wait for their brownies when I make them, even they have begrudgingly admitted the brownies are better once they’ve had the chance to set to their maximum fudgy, chocolatey richness. 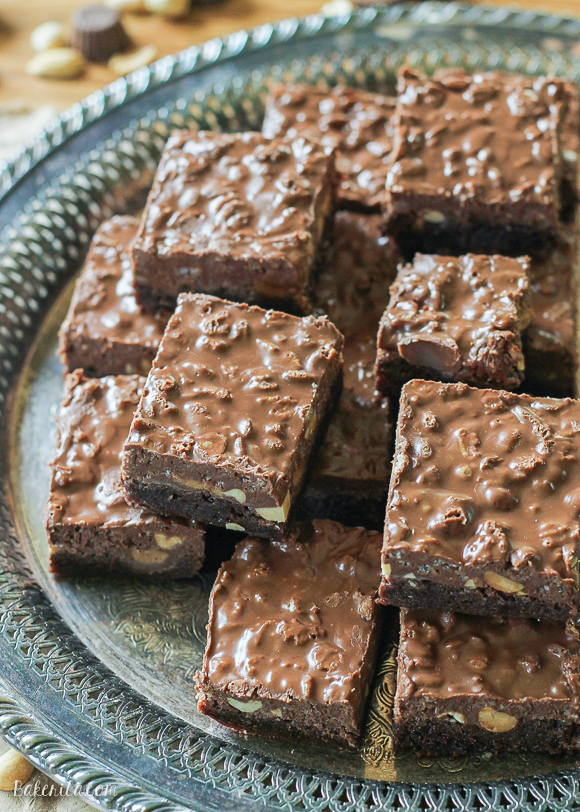 The topping makes a peanut butter chocolate ganache that’s irresistible to anyone who loves peanut butter as much as me, and the Rice Krispies add the right amount of crunch and texture. These peanut butter crunch brownies are seriously rich, so be sure to cut them in small pieces. I made them bite sized for the party, but I would say you could get a solid 32 brownies out of a pan.

These brownies have been a longtime favorite around here, and I hope you’ll try them out too! Enjoy :) 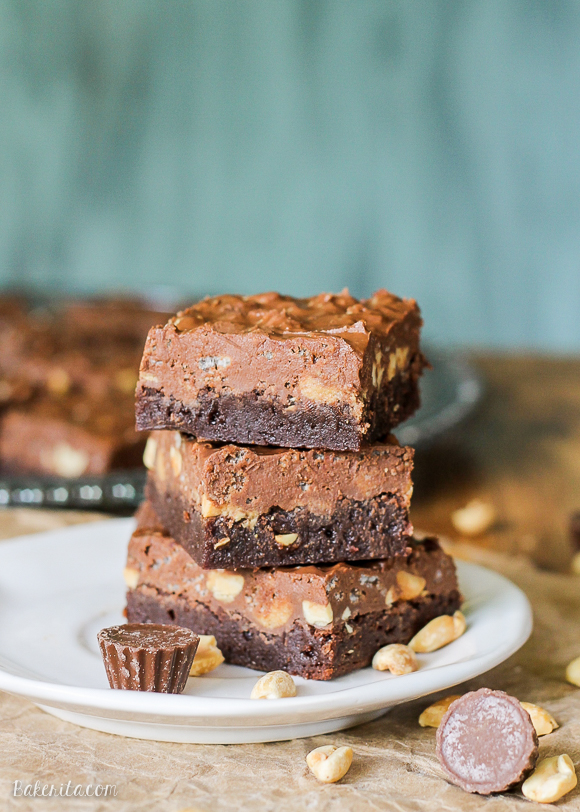