This Blueberry Chia Jam is a healthier homemade jam, made in just 30 minutes! This Paleo + refined sugar free jam is sweetened with maple syrup and naturally thickened with chia seeds. 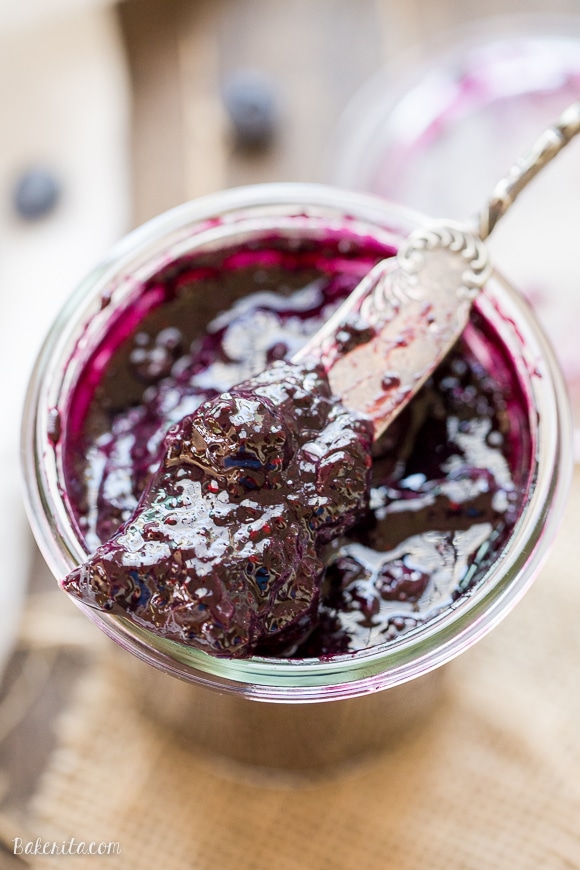 this recipe
Holy cow, you guys. It’s already August. When did that happen? This summer has been a busy one for me, with moving and traveling, but it feels like it’s flown by in an instant.

Thankfully, living in San Diego now, summer lasts for a good part of the year. I can look forward to beach days and warm weather for at least a few more months. Unfortunately, the fresh produce that’s so abundant right now doesn’t last for the next couple months, so I need to take full advantage of it while it’s still around. 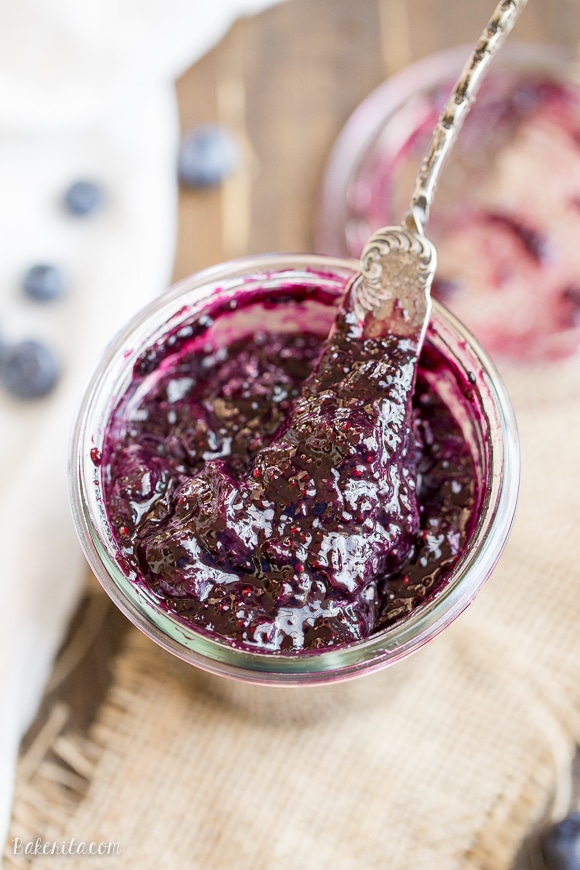 Blueberries are one of my late summer favorites, and I love how the giant containers are so abundant and cheap in all the grocery stores right now. Is that the case around you, too?!

I used to love to go blueberry picking when I lived in Seattle, and would always beg my friends this time of year to go with me, promising them blueberry pies and crisps in return for their help. Here in San Diego, blueberry picking is not as much of a thing, and there’s definitely not free u-pick farms like I had up in Washington. 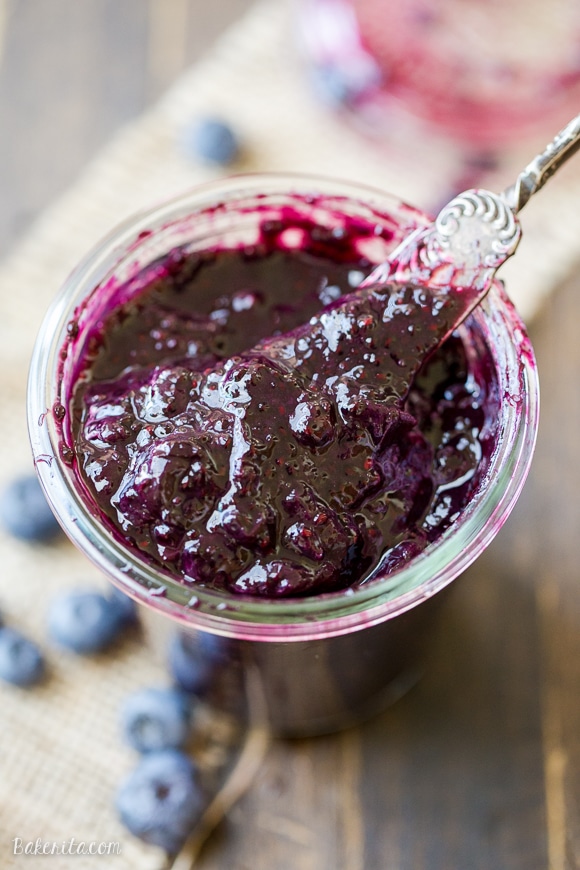 So, instead of picking, I’m buying, but if you have an abundance of berries from picking your own, this recipe is the perfect way to use them. Only 5 ingredients, and you’re on your way to your own homemade jam!

This recipe is a chia jam, meaning it’s thickened by chia seeds instead of any added pectin. The chia seeds add fiber and protein to the jam, and they add a little texture, which I love. 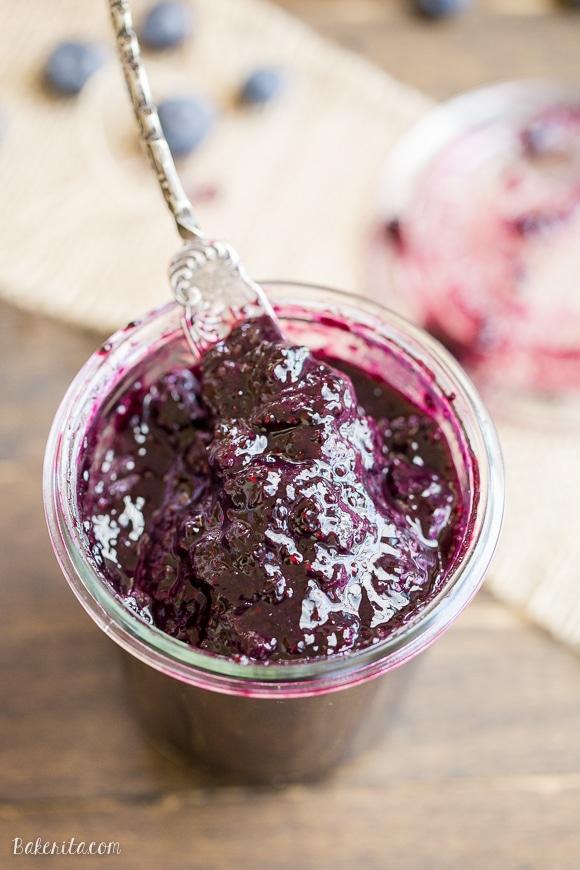 Instead of a ton of sugar like most jam recipes use, this one only has 1/3 cup of maple syrup as added sweetener. If you like a sweeter jam or your berries aren’t as sweet, you can up to 1/2 cup maple syrup instead. 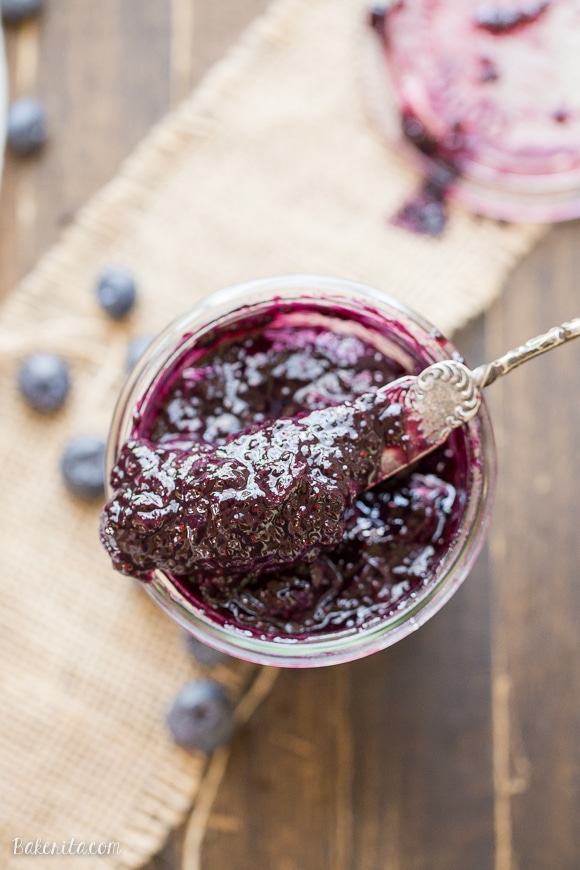 It only takes about 20 to 25 minutes to make a batch of this Paleo-friendly, refined sugar free, and vegan jam, so what are you waiting for?! Time to get jamming ;)