This classic Apple Crisp is made with lightly sweetened and spiced apples and topped with a crispy crumble topping with oats and pecans. It’s baked in a skillet and best served with vanilla ice cream! This post is sponsored by Truvia® through Socialstars. #TruFanCommunity 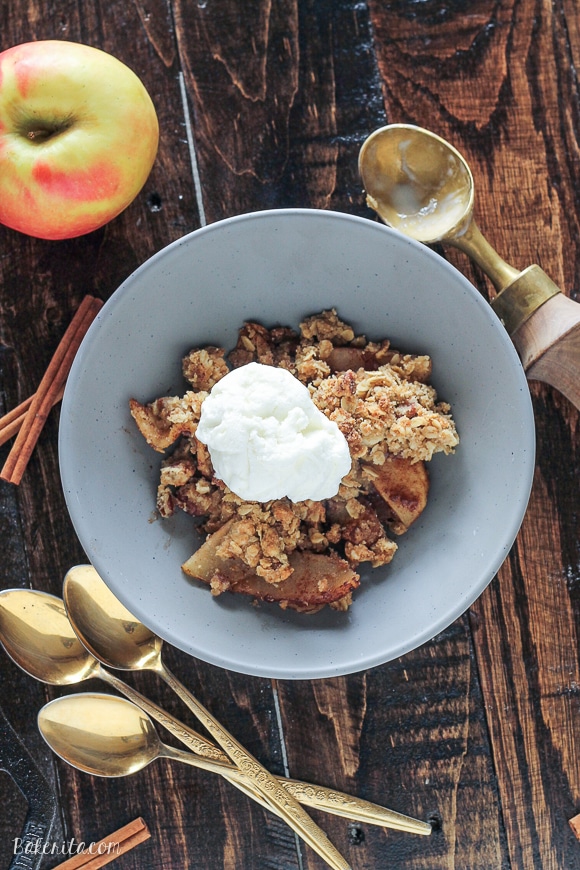 this recipe
I’ve wondered for a while now: what in the world is the difference between a crisp and a crumble? Both of them are crumbly toppings, usually thrown on top of fruit, baked in an over into bubbly, golden, and gorgeous. Traditionally made with lots of butter, sugar, and flour for ultimate deliciousness.

I’m a huge fan of both crisps and crumbles, but today, curiosity got the best of me and I did a little research. Turns out, the two terms tend to be pretty interchangeable according to most sources. A few places did claim a difference between the two in that crisp toppings usually included oats, whereas crumbles usually don’t have any oats. 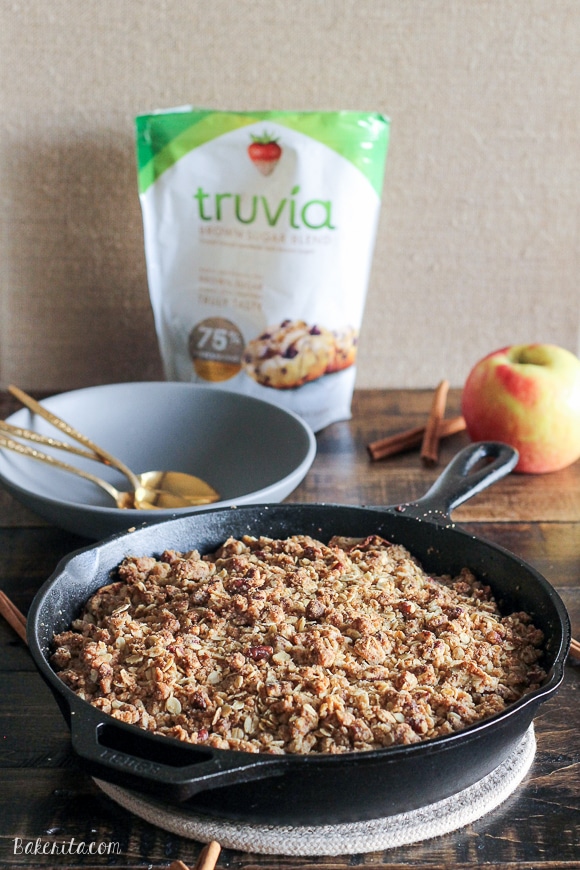 Now, I can’t say if that’s absolutely true, but if it is, then I’m definitely a crisp girl. I love the wonderful texture that oats add to the crumbly topping. They make it extra crispy, which I guess is where the name comes from! I also love to add nuts to my crisp and crumble toppings. For this crisp, I added chopped pecans – one of my faves! You can definitely sub in your favorite nut.

I can eat apple crisp all day, every day, and I have a couple apple crisp “must haves”: soft, tender apples, a heavy dose of cinnamon and a little bit of nutmeg, not too much sugar, and of course – the ultimate crumbly crisp topping. 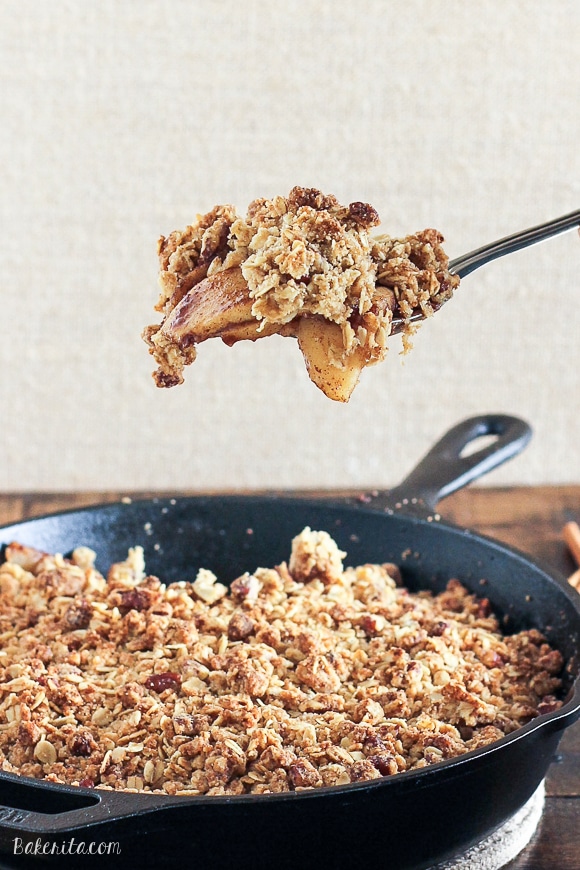 I definitely don’t like when my apple crisps are too cloyingly sweet, which some can be, especially if you use sweet apples. In this crisp, I used Truvia® Brown Sugar Blend instead of regular brown sugar in both the apple mixture as well as the crumble topping and you can’t tell! The apple crisp is still definitely sweet enough, and using Truvia® products make the perfect substitution if you’re trying to cut back on sugar.

I used a hefty dose of cinnamon and a bit of freshly grated nutmeg because I love fall spices and wanted my house to smell delicious while this was baking. You can cut down the cinnamon a bit if you’re not as big of a fan as I am! 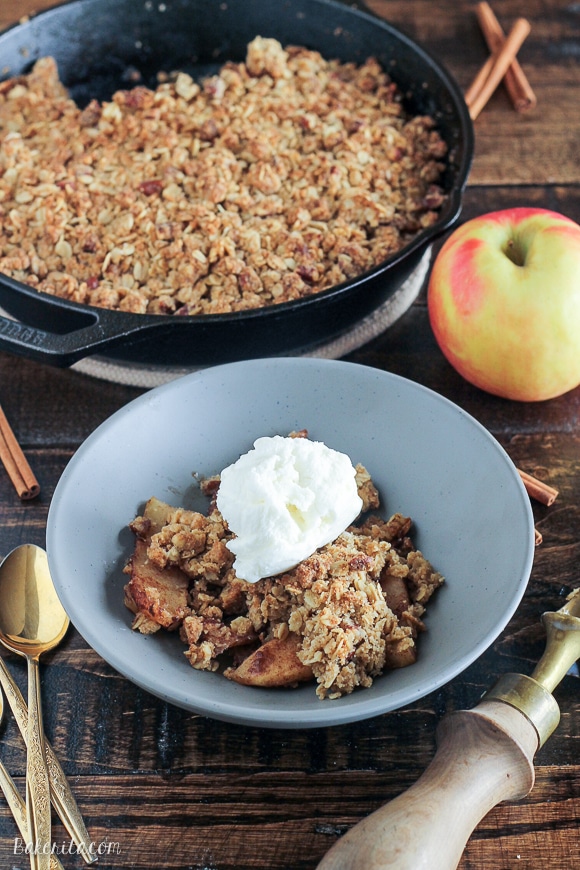 The crumble topping forms a nice thick layer on top of the crisp, which I love because it’s my favorite part. Add some vanilla ice cream on top, let it melt into those delicious crumble crevices, and you have got my favorite dessert sitting in front of you.

This is the ultimate fall apple dessert, if you ask me, and it was about time I showed a classic version of my favorite! I hope you all love it as much as I do. Enjoy! 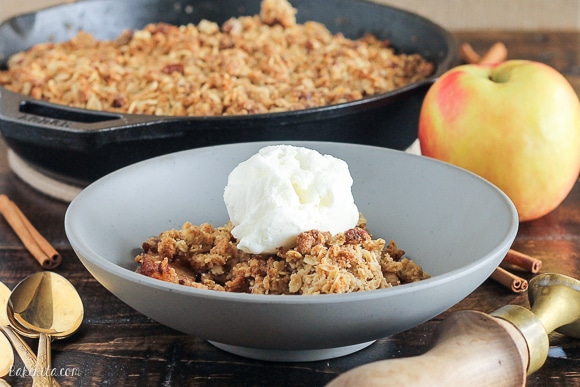